The Chill of the Morning

However, one day, Rell awoke. He tucked Kana in, as usual. The girl was awfully attached to her, but he didn't mind. It reminded him of his little sister, so he actually enjoyed it in a way. It was a small taste of his old life. After getting changed and equipping his sword, he went to exit the room. Rena slept on a small futon right outside his door. He walked past her, tip toeing so as not to wake her. Bookmark here

A chill was hanging in the air, making Rell shiver as he walked out the door into the early morning. The biting wind dug into him, making him hesitate going outside ever so slightly. He forced himself out, making his way to his usual training ground. Elena sat there, warming herself in front of a fire. She had a kettle suspended over it. Bookmark here

Elena was wearing a thick winter coat, with a pair of dark leggings. The color scheme suggested a Mira trademark design. Bookmark here

"I hope you don't mind." She said. Bookmark here

"Normally, I don't wake up this early." She chuckled, placing her cold hands to the fire's radiant warmth.Bookmark here

"I've been having a hard time sleeping these past two or three days." She said. Bookmark here

"Why's that?" He asked. "If you don't mind me asking." Bookmark here

"I've been having really weird nightmares." She admitted. "Always Shadows, and this...." She shook her hands, trying to explain herself. "Skeleton masked...entity?"Bookmark here

"Skeleton mask?" Rell asked, deciding to take a seat on the stump opposite of Elena. Bookmark here

"Yeah." She nodded. "Well, in the dreams. The Shadows. They... talk... I think. But they keep saying one word that I don't understand. They're definitely speaking their own language, but I just can't make out what it is. Just saying this word over and over." Bookmark here

"And what does this skeleton masked thing have to do with that?" Rell asked. Bookmark here

"It's a bit of a legend among us Sisters. They say when you're about to die, you see a Reaper. That Reaper takes his bloodied sword and ends your life." Elena explained. She looked at Rell, fear in her eyes. "In the dream, he kills me." Bookmark here

"I see." Rell let out, unsure of what to say. "it's just a dream." Bookmark here

Rell kept his dreams to himself. The nightmares that made him toss and turn at night. the visions of a dark version of himself. And the visions of a dead Alicia, bruise marks around her neck, her cold dead eyes staring at him. Bookmark here

"Hmm?" He turned to her. Bookmark here

"Do...do you believe in the Voice? You're a Holy Knight, so you must do." She said. Bookmark here

"I...I don't know." Rell answered. "I was never really the religious type. I learned a lot about it at the Holy Knight Academy, but I never really had the faith." Bookmark here

"It's a really comforting story though. About a Voice who sang creation into all existence, who tenderly loves and cares for each living thing." Rell explained, struggling to remember the core aspects of the faith. "The Knights believe that the Voice used Nin to create everything. Like Nin is the very music of creation itself." Bookmark here

"Nin does feel kinda musical to me, in a strange sort of way." Elena responded. Bookmark here

"There are a lot of things I don't really like about it though." Rell said. Bookmark here

"I don't like the idea of a malevolent Voice that is the reason for all our sins. Of a malicious darkness that whispers into your ears and makes you hurt people."Bookmark here

"Mhm. It's a little too convenient to say that all that's wrong with the world is because of a voice in your head rather than a person taking responsibility for what they did." Rell continued. "Like every murderer is not truly at fault because the Voice made them do it." He went on. "I also don't believe in the prophecy." Bookmark here

"Of the Hero of Light?" Elena asked. Bookmark here

"Yeah..." Rell gritted his teeth in anger. "Forcing the weight of the world's salvation on one person because you believe she's the Voice of in human form..." Bookmark here

Rell remembered all the pain and expectation placed on Alicia's shoulders. He once punched a senior Holy Knight for bowing to her and kissing her feet. It almost got him thrown out if Alicia hadn't intervened on his behalf. Bookmark here

"Do you know how the prophecy ends?" Rell asked. Bookmark here

"I never really read that far into it. I only know from the stories the Commander would tell me." Elena mentioned. "She tended to avoid the prophecy." Bookmark here

"The Hero dies, but takes the Darkness with her, bringing about a new world free of suffering." Rell sighed. Bookmark here

Rage burnt in his chest. He remembered how much he hated that ending. How Alicia, the very girl who saved his and his sister's life, was destined to play her part, act out the motions, while marching to her guaranteed death with a smile. It was garbage to him. Alicia was free. She didn't have to live her life to some will of two faceless gods locked in an eternal war. Bookmark here

"Alicia is not going to die. I swear it." Rell said aloud. Bookmark here

"That name again. That's what you called me when we first met." Elena said. Bookmark here

"I'm sorry." he shook his head. "I just mistook you for someone else. Someone really important to me." Bookmark here

"One of your squad members, right?" Elena asked. Bookmark here

"Can you...tell me about them?" Elena asked. "If it's not too much of course." Bookmark here

"Well... where do I begin?" He chuckled. "Well, there's Anto. He's a really big guy, and at first glance he looks like the kinda guy who'd punch you for looking at him wrong. But actually he's a big sweet heart who loves cooking. He makes some amazing food." Bookmark here

"Stews are his specialty. Although he does make great pasta." Rell reminisced. "Then you have Mara. Every guy and a lot of the girls  at the Academy had a crush on her. But people underestimated her cause she was so pretty. She's actually incredibly smart, like top grades in the past ten years smart. Both her and Alicia also loved Anto's cooking, if you didn't get there early they'd eat it all up." Bookmark here

"So she was pretty huh?" Elena squinted, that same feeling from a couple weeks ago coming back to her. What was it? It confused her so much. Bookmark here

"West, man I hated that guy. We were a lot like Rin and Rena, always at each others throats. But, and I'd never tell him this to his face, I saw him as my brother. I wouldn't trust anyone else as much as I did him." Bookmark here

"And then Alicia..." Rell frowned. "She was... a very special kinda person. She was..." Rell sat down, thinking a bit. Bookmark here

"She was?" Elena leaned in, trying to her his response. Bookmark here

"She was the person who saved my life." He finally let out, a soft blush on his face. "She was...so...beaut..." His face reddened even more upon seeing Elena's face. Bookmark here

It was more than just resembling her. Elena's face was nearly identical to Alicia's in everyway. It made him even more embarrassed, as it was like he was trying to explain these things to Alicia directly. Bookmark here

Elena didn't understand. When he was taking about that woman earlier, bitterness shot up. So why was it that now she reacted this way? He wasn't even talking about her. Bookmark here

"Rell!" Kana cried out, darting from the house and making a straight line towards him. "Why didn't you wake me up? I told you to!" She said, latching onto Rell and pouting. Bookmark here

"Cause last time I tried you didn't get up." Rell sighed, patting her head. Bookmark here

"Big Sis, can you please not get so close to Rell? It takes away from the time he has to spend with me." Kana declared.Bookmark here

"Hey!" Elena lashed out, standing. "You were so cute and shy when you first were born. What's with this attitude now?" Bookmark here

The group turned to see her approaching. Bookmark here

"What's up?" Elena asked, leaping to her feet, trying to distract herself from the confusing feeling from earlier. Bookmark here

"It's time." She said somberly. "All the squad leaders are going to go meet with the Major and the Commander pretty soon here to discuss the assault." Bookmark here

"...The Major wants us to meet at HQ..." Rin relayed to Rena. Bookmark here

"You two haven't made up yet?" Rell asked Rena. Bookmark here

"Its... complicated..." Rena looked to the ground. "We'll... get to it eventually. It's just awkward." Rena turned and began to walk away. "I'll be going to the squad leaders meeting now." Bookmark here

Rell and Elena looked at each other. Bookmark here 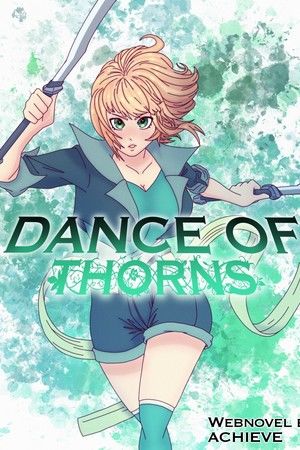