Transmigrated Into a Noble's Beaten Son

"H---mmm." As I slowly open my eyes, I see a room that I'm not familiar with. It was a big room having the appearance of a royal chamber in England. The ray of sun, entering the window, did confuse me a bit.Bookmark here

I can hear people crying and saying, Bookmark here

'Hmmm... Who is Aurora anyway?'Bookmark here

I don't know why I'm having a hard time reacting to all this, it might have been because of the newfound comfort this amazingly fluffy bed gave. I would love to go back dreaming regardless of all the crying. But even if I wanted to, I couldn't since my body for some reason felt sore all over.Bookmark here

I had finally managed to ask,Bookmark here

"Where am I and who are you?"Bookmark here

''In your room, Young master. It is I, your butler Sebastian.'' calmly, and with a hint of sadness, replied the guy wearing what really seems like butler attire.Bookmark here

'Sebastian, my room, young master, and a butler?' I couldn't think straight. Last time I checked, I was wasting my time reading a novel about a protagonist who got transported into another world. He saves it from demons and other villains. After that, I dozed off.Bookmark here

'I'm not sure if it is because I'm really not that smart. But it looks to me, I'm either still dreaming or...'Bookmark here

''What happened?'' It feels weird asking someone about the situation. I barely knew them, but at this point, it seemed to be reasonable.Bookmark here

The reluctance on Sebastian's face was clear, but he managed to say softly,Bookmark here

''You've challenged a fellow classmate to a duel and lost.''Bookmark here

I know there is a more concerning matter, but Sebastian really is the epitome of a butler; he has this old refined face that you would easily see in an anime, especially with him having green eyes and white hair. Then again, now that I think of it, he looks similar to Alfred aka a butler of some movie about a hero who is more likely to sleep upside down.Bookmark here

Having misunderstood my reaction, as I looked solemnly pained, Sebastian called my name,Bookmark here

'I'm not really that smart. But piece by piece, even if I knew it was impossible, I think I'm in a different world.' With that, I once again lost consciousness.Bookmark here

Weeks have gone by since I had been transported into this world. I couldn't really deny it, but after I had woken up from my first realization of what I had become, I really did get panicky. I was misunderstood a lot since they thought I was being the "Naell they knew" the Baron villain's son, also known as the first obstacle of the protagonist Andrew.Bookmark here

I don't remember much probably because I'm physically bruised all over and mentally exhausted with the transported thing, but I can recall the book that I got transported into.Bookmark here

Andrew Sunheart is the main protagonist of the book I was reading before I got poofed into this world. He, like me, was transported here, but the difference is that he was born here as a baby having his memory of his past life intact. It was really a standard "transported into another world novel" as Andrew with his past memories as a kendo olympic champion honed his skills with magic. Of course, having A-rank adventurer parents contributed to him being strong too.Bookmark here

I, on the other hand, Naell Beryldot, the first villain of the book, got my ass whooped by not only being a butt, but also disrespecting not only the protagonist's main heroine but also the former fiance of this Naell which will be part of Andrew's harem.Bookmark here

I don't clearly remember what chapter it was, but it was nearing the end of Volume 1, meaning my role as a villain has come to an end. The information I got from reading the book stated that Naell was so stubborn with the duel and even tried to cheat resulting in his well-deserved beating.Bookmark here

To summarize, Naell made the Duke; the father of his supposed fiance, revoke their relationship. So yes, I'M NOW SINGLE. Second, since it was a duel that the son of the Baron of Beryldot estate cheated in, Naell's Father (which I should say is really kind since he didn't punish his son) reputation sunk to an all-time low. But in fairness, my reputation as Naell is the lowest so they actually pity the father more than thinking he is a bad guy. Lastly, because of that incident, Naell will always be remembered as the bad seed of the Beryldot estate.Bookmark here

After that, Naell's life practically got erased in the book. Yet, he was still being recalled by his ex-fiance with pity and rage.Bookmark here

Well, practically what I... I mean Naell tried to do, was to make the main heroine of the story like him, which was by typically bullying her. The ex-fiance saw what he was doing, so she tried to stop him, only to have her cheeks slapped. Then came Andrew, resulting in a duel, a one-sided whooping in the butt.Bookmark here

As far as I'm concerned, Naell deserved to be beaten to a pulp, since he really was a bully and it was for the main hero to power up. But damn, if I got transported earlier, I could have made it so that I'll still duel him but not to the point I'm bedridden for weeks. Yes, still follow the book, but I'm sure I won't harass anyone. Besides, I don't really like to be the protagonist, so having my presence erased through the entirety of the rest of the book is the only consolation I can get.Bookmark here

I don't really have anyone on Earth that will miss me, or I'll miss. My parents died in an accident when I was young. My other relatives, who supported me till I got a job, weren't really emotionally supportive. I don't really have any affection towards them. I did not have friends since I was busy living to provide for myself.Bookmark here

So now that I'm in a Baron estate, which practically screams I'm a noble, I guess my life as Naell will be much easier.Bookmark here

'Boy was I wrong.'Bookmark here 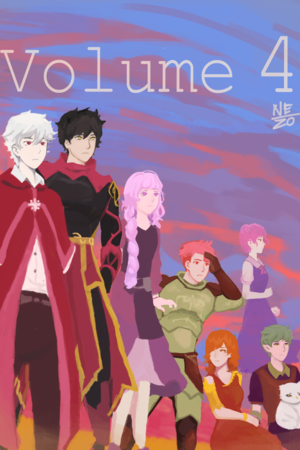 Transmigrated Into a Noble's Beaten Son