I don't know where I'm going, But I'm definitely on my way

My name is Ushikuso Hachiro, but I go by Hachiro. That's what happens when you have a ridiculous last name and a big family. You might know some of my brothers if you're from the same area, I have 7 of them. That's right, if you couldn't guess by the name, I'm the eighth son, and the final son to be born. Because I was the youngest of eight, I was often left to my own devices. My aversion to sunlight feels like it was a trait I was born into. Asides from the walk to school and when the teachers forced us to go outside, I spent the majority of my time inside. My parents thought I was an easy child, apparently, all seven of my brothers had been in their fair share of scrapes.

I was unlike my brothers to a laughable extent. All seven had gotten girlfriends during high school and all seven eventually got married. Me on the other hand? Painful single. Ever had a girlfriend? No. Then again, I didn't talk much with girls. The only scenarios were if they had dropped a pencil or I accidentally bumped into them in the hall, or if they were a cashier at the few shops I frequented. So you can imagine my ecstasy when the "Interspecies Exchange Bill" was passed. Finally! I might have a shot at getting a girlfriend. I was wrong. So wrong. It was no easier to talk to "monster" girls.

That's when I started working on a dating app, to match magical beings and ordinary folk. At first, I was determined, fueled by the thought that with the right algorithm, even I could get a match, so long as the right girl signed up. Over the years, it just became a hobby, a project that had half-assed social media and that out of my whole social circle, which to begin with isn't a lot, was made up of one friend. 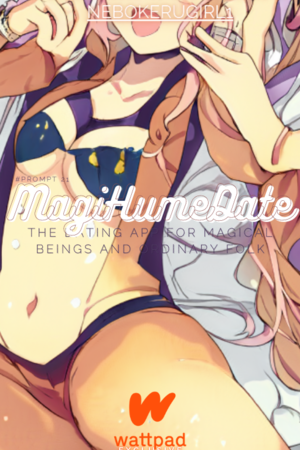