Nobody knew what time of day it was.

After all, there was no sun. No moon. No stars. No changes in weather. No ceasing of the flames.

Lining up to a gate were people in despair. Millions of them. At the entrance of the gates stood the Seer. This was the only demon in hell who could see the sins of the damned. It worked very simply, the Seer would rest his right hand on an individual’s head and gain memories of all of their sins.

The Seer’s shift never ended; he was the only one with this skill. However, there were a slew of scribes who would transcribe the sins of those who had died. They were cycled through to work in shifts.

“Mr. Seer, do you think that some of these offenses should merit different levels of punishment?”

“I used to think so, but I’ve just accepted that this is the way things are here. Murder. Theft. Tax evasion. Enter.”

“You bet your tightwad ass it is! Enter!… What the-”

The Seer pointed at the next being in line.

There was a dog in line; it was up next. Before this point, the Seer had never seen anything besides a human come to the gates of hell.

“Do you want to fucking burn!? Because if you don’t, it’s in your best interest that this process takes as long as possible!”

There was a silence, followed by a sigh from the Seer.

“Okay, bring the damn dog over here. We’ll see what it did to get here.”

The Seer rested its hand in the dog’s head.

“I did NOT want to see that. Holy shit.”

“The memories. They’re still playing. So many things. I don’t even know where to start.”

The Seer very rarely paused in shock of even the most grievous of offenses. This was an event.

“Okay, so this dog pissed on gravestones...”

“That doesn’t sound too bad, sir-”

“EXCLUSIVELY. It was like an intentional act of malice.”

“Are you sure this dog knew what it was doing, sir?”

“It definitely knew. There’s still footage playing. I can’t even count the number of times it’s pissed on gravestones so far- wait WHAT?!”

“Did this dog start the damn Australia Wildfires!?”

“It’s eating all of the babies in the maternity ward. ALL OF THEM. BONES AND ALL! I think I’m going to fucking puke.”

“How does it’s stomach have that much room?”

“Can it really get even worse, sir?”

“It’s pulling the plugs of all the patients in Intensive Care, too!”

“What the hell? Is this dog sniffing coke out of a stripper’s ass now? Oh god, and then it’s eating her face…”

“Hundreds of sins are played every second. Why is this taking so long?”

“Because this dog is the devil. No- WORSE. If he had the amount of influence that Satan did… the world would be… would be…”

“No, the world would already be hell, and it would send every single person straight in after they die. No lines. No records. Only suffering!”

The dog entered hell. This was the first time anything like this had happened. To join serial killers, rapists, brutal dictators, and minor drug offenders, the dog didn’t just happen to arrive in hell. He earned his place. As Satan was walking around, he noticed the dog and picked him up.

“What are you doing here, little guy?”

The dog did not respond. Satan brought the dog over to the Seer again.

“Hey, is this a mistake? All dogs go to heaven.”

The Seer turned back toward Satan and recoiled when he saw the dog.

“Get that fucking thing away from me.”

“Is this some kind of joke?”

The scribe looked at Satan with a blank expression and slowly shook his head. Satan looked back down at the dog.

“Well shit, looks like you are staying here. Does it have a name?”

Satan turned away from the scribe and toward the Seer, who was hiding behind his chair. He turned back to the scribe.

“Well we can’t name him something dumb like Fido. That’s way too generic.”

“We can’t do that! Have you seen how many lawyers have come through that gate? Come on, we have to think of someth-“

“THAT DOG DOESN’T DESERVE A NAME!”

The shakiness of the Seer’s voice gave backing to how serious he was. Satan shrugged and set the dog down. Immediately, the dog charged deep into hell, without a single sign of pain. It seemed like that was where it belonged. 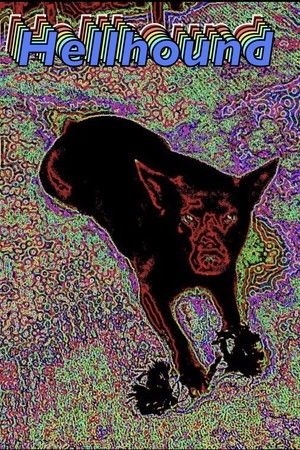