It was raining. But the man forgot to bring his umbrella. He was returning home from work. Since it was raining, he found himself running to escape the rain. Suddenly a taxi went by him so fast that he got a little scared and kinda irritated. He checked the shopping bag he was carrying with him. It looked fine. That made him smile a bit.

In that same time, A stalker was standing in front of a building waiting for that girl he liked to come out.

A little further from that place, there was a tea stall where an old man always came to drink tea. He was in his 50's.

A young boy with a bicycle passed by that tea stall to deliver food. He often waited in front of a school to meet someone. A girl that he liked. That girl also liked him back. She was pretty. Her hair was long.

Her father was a strict office manager. He treated his employees very roughly. They were really frustrated because of him.

Among those employees, there was an employee named Babul. Who loved his daughter more than anything. One day he bought some clothes for her. It was raining heavily and he forgot to bring his umbrella. He started to run to reach home. Though a taxi barely "killed" him, he didn't stop. On his way home there was a tea stall. An old man was always seen there drinking tea. They exchanged greetings. He started to walk again. He saw a strange person standing in front of a building.

Maybe a stalker or something. Not that I care. He thought and went passed him.

In the end, he reached home and met his daughter. Her daughter became so happy just to able to see his father. She hugged him. Babul forgot that he brought some clothes for her. 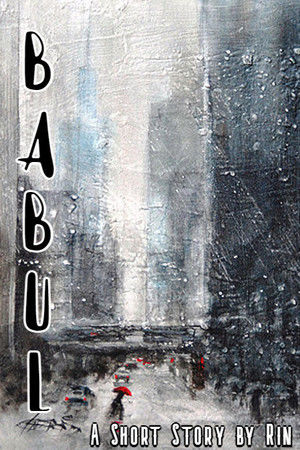