Sun Fang gleefully blocked his former fiancé's number on his phone. He clicked confirm and watched with glittering eyes as the number was successfully blocked. His lips twitching, he slipped his phone into his back pocket and picked up his purple suitcase. His AI butler was carrying five more.

With this, he was free.

Sun Fang felt like whooping with joy. His finger tapped on the suitcase's handle as he cheerfully bounded through the long stretching hallway. His eyes flitted over the large paintings hanging on the annoyingly white walls, the stretch of the bright green garden he could see through the windows. With his personal butler dutifully following behind him, Sun Fang exited the gigantic mansion he had effectively been exiled from.

His younger brother had stolen his fiancé. His father. His reputation.

His place as heir to one of the most powerful families in the empire.

He hummed as he left the suitcase on the pavement and stepped into the car. His butler got into the driver's seat once it had stowed away Sun Fang's suitcases and started the vehicle. It quickly picked up speed until they were soaring along the roads.

Sun Fang pulled out his phone and picked through it. Settling on one of his favorite songs, he turned the volume up. Soon, the music was belting out of the car's speakers.

Bobbing his head in time with the music, Sun Fang closed his eyes and relaxed.

Soon, he was dozing against his soft leather seat.

Sun Fang was an omega. Not just any omega; he was the oldest son of Duke Jyustilla, one of the richest men in the entire Rosvoje Empire. With his fiancé a powerful and renowned genius General, his position as the next Duke should have been set in stone.

Well, all that was before. Now, he had been removed from the line of succession, his fiancé had been stolen from him and he was wildly regarded as an outrageous scumbag.

The car rolled to a stop and his butler opened the door for him. Sun Fang stepped out and dragged a hand through his long blond hair, expertly twisting it into a bun at the back of his head and pulling a hairband off his wrist. He pulled it around the thick bun three times and waited impatiently for his butler to unload the rest of the suitcases. While another, much less advanced, AI sat down on the driver's seat, Sun Fang's foot tapped on the sidewalk. He brushed a few strands of hair behind his ear, but the bangs were too short and they fell back in front of his eyes.

Ahead of him was the spaceport. Over 30 floors high, thousands of spaceships departed from and arrived at it every day. It boasted a state of the art hotel and a mall with over 300 stores. Sun Fang had been here many a times.

His butler unloaded the last suitcase and the sleek grey car immediately sped away. Uncaring what happened to it, Sun Fang put on a pair of sunglasses and walked into the spaceport. A flight attendant was waiting for him just beyond the entrance and walked up to him. He followed behind her without making a fuss.

Unfortunately, there was no time to stop at the mall. Being as he had technically been exiled and thrown out by his family (he wasn't disinherited though!) he was smartly in a rush to get off this planet.

The sooner he was gone, the better.

The flight attendant led him to a VIP waiting area. Sitting down on a wide leather armchair, Sun Fang browsed through his phone while waiting.

There were already a bunch of articles and posts all over the starnet about the clusterfuck that had gone down at the Jyustilla's yearly ball. Sun Fang smirked as he read the posts condemning him for his behavior. Logging into a side account, he cheerfully started writing a three thousand word long post about various misdeeds he might or might not have committed. His elegant fingers swept over the keyboard. Pressing send, he eagerly anticipated the reactions.

He hummed under his breath and picked up a delicate glass of alcohol-free wine. Sipping it, he kept his eyes on the phone. The responses had already started trickling in. Sun Fang spent the next hour in vicious battle with strangers on the starnet.

Eventually, it was time for his spaceship to depart. Sun Fang once again followed behind the flight attendant as she led the way through the spaceport. His butler had dealt with his suitcases while Sun Fang was busy, as an advanced AI butler should. Arriving by the gate, Sun Fang was the first to board the state of the art luxury ship. The ship would take him to another planet where he had a private property his family didn't own. And hopefully didn't know about.

Sitting down on the wide chair, he leaned his head against the backrest and breathed out. His butler was sitting next to him, because it was humanoid enough to do so.

It didn't take long for the ship to depart.

Sun Fang couldn't stop (and didn't even try to, in fact) himself from smiling as he watched the planet get smaller and smaller outside the window.

The ship picked up speed exponentially once it broke through the atmosphere and shot off into space. Outside the window, stars glittered back at him. The wide universe was unveiled before his very eyes. Sun Fang leaned his head on his hand, his elbow resting securely on the armrest, as he stared outside.

He didn't really care if his family figured out where he was going. Regardless, the fallout had been horrific and they wouldn't want him back.

It was a pain that he wouldn't have their support anymore (he would no longer be able to antagonize people without regards for the consequences) but he had backup plans in place. This was basically a vacation. 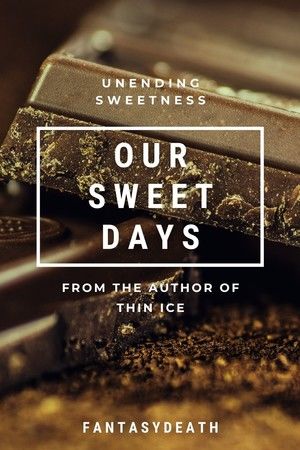