A nightmare always starts the same. My parents Tawanye and Elhran Tewen, took my hand as we left the restaurant. All I could do is imagine their fear as the blade handler came out of the shadows. Them not knowing It was their final moments of life. No matter what, I can't forget the heat of the handler's blade arts. Blood spitting everywhere as the sword sliced through the only two people I ever loved. I could see my future turning black before me. My parents laying there on the ground dying for hours before anyone came to help, I was powerless, I was useless. From that moment I was alone. Justice was never received and the murderer is still out there.

Not long after that, we were invaded. It was the humans from the south. Humans have always been bloodthirsty even against themselves. Now they are taking our rightful land. Due to the invasion, the high mages decided to speed up the process of attaining magic so that there could be as many handlers as possible to help fight. Despite being only 12, we were given the chance to summon our magical attribute. Everyone received the magic that flows through their families, however, when my turn came everyone was silent. They watched my daggers get covered in glittering darkness. I became a dark magic handler. Everyone began yelling and calling me a pawn of the devils, a monster and a curse. I was banished from my hometown. Once again I'm alone. No home and no family. My Destiny was death just like my parents.

I wanted to die. My life was nothing but an empty void. I pulled out my daggers and put them to my throat. It was tempting. However, my conscience wasn't going to let me do it. I couldn't face my parents dying in such a pitiful way. The only way I could face them in the spirit world is if I get my revenge for their death. I put away my daggers and dragged myself up from the ground. To achieve anything, I had to use the same shadows the murderer used to hide himself that night. As much as I hated it, I had no choice.

Sanalean was soon overtaken by the Tasmethu forces, only the capital was still alive. Even so, we didn't stand the chance. Those along the coast, burnt all the shipyards and fled to our island further north. Those who weren't along the coast got slaughtered. No one was safe. Men, women, children, babies, elderly, armed or unarmed. All killed. Everywhere you went there were piles of bodies, bodies of my fellow elves. You could hear the women crying for help while they got raped by the humans. The children screamed as they got burnt alive. I was disgusted, yet I couldn't do anything. Once again I was powerless and useless.

I travelled around occupied Sanalean by using the shadows. Every part of my home was overtaken by humans. Even though only a month had passed since they forced their way in, they had settled in. I refuse to face defeat. However, I'm still powerless. One night I was resting at a pub in the corner, and a hooded man came to me and told me to step outside with him. Unsure of who this person was, I followed them. Turned out he wanted me to do a job for him, since I had no money, I accepted.

After that, I returned to the bar and spent the night there. The guy asked to meet at the bar when the job was done so I ordered some food and awaited his arrival. The word about the murder was out very quickly and all people did was talk about it. While I was eating, I overheard some people saying that the mayor of the town was assassinated last night in his sleep. As I heard that I was unable to keep eating. I couldn't think straight and everything was spinning. I decided to lay down and rest, acting suspiciously would only make me a suspect.

Despite asking to meet me the next day after I completed my job, it wasn't till the evening that he arrived. He sat at my table and congratulated me on completing my job well. He passed me the bag of gold and stood up. He began to leave the bar, but he asked if I was interested in more work, if I was I was to follow him outside. Since I had nothing else to do, I grabbed my stuff and followed him. When we got to a place outside of the public view, he asked me if I'd be interested in becoming a member of the Forbidden Assailants, an assassins guild. At first, I hesitated to answer, I had to ensure that I would get some kind of training to help me get stronger. Instantly I got the answer yes, without any hesitation I decided to agree on joining.

I was told to come back here tonight and he will take me to the base. Since there was nothing else for me to do, I decided to head to the library and study about the town and learn the principles of different arts. Unsurprisingly there weren't many books on dark arts, considering many people see it as a demonic art, but I had to deal with what there was. Although it wasn't much it still managed to help me learn more about my arts which is fairly ideal. Soon the moon was slowly rising up over the horizon, I had to quickly grab my stuff and rush to the meeting spot.

I was just in time, as soon as I arrived at the spot, he did as well. He told me to follow him if I was able to keep up that was. The travel there wasn't too long but he did end up blindfolding me at some point to make sure that I didn't know the full location of the hideout. 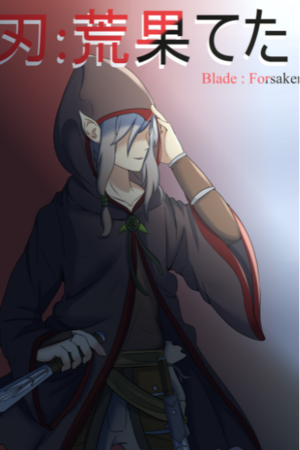