If there is God, he is within. You don’t ask God to give you things, you depend on God for your inner theme

Rama Leeroy had a great winter break in his opinion. He finished a few video games, slept a lot, and watched Enter the Dragon over a dozen times, making the total number of times he’s seen the film over 200. He only saw the sun about five times to the consternation of his family but for him it was a personal best. He did well in school, having a GPA of around 4.2 so he felt more than entitled to being a hermit for two weeks. However, his bliss had ended. It was Monday, the beginning of the new semester. His room was dark, the sun not having risen yet so its rays didn’t pierce through his room’s window. The alarm blared, it being the main theme to Enter the Dragon.
“Noooooo” he groaned from his bed, not wanting to get up.

The music continued, urging him to move his body, getting progressively louder.

His eyes reluctantly opened and he grabbed his phone. He looked at it, saw that it was 6:00am. He turned off the alarm and got up. He wore a large white t-shirt with blue and black striped pajama pants. He plodded his way across the room, flipping on the light switch. His room was a mess. There were clothes strewn about the wooden floor, open game cases in front of his PS5 and television located to his left, and junk food placed on the desk to his right. The self above the desk held all of his martial arts trophies from tournaments he won. It had been two years since he participated in a tournament. On the walls were multiple posters of old kung fu movies he was a fan of, some of which being so old that their corners peeled off the walls. He sighed at the sight, knowing that his mother would kill him if she walked in. Yet, his lethargy was too great. His eyes were still heavy, his sleep cycle having become accustomed to staying up past midnight and waking up around noon.

“Eh I’ll do it later” he decided, heading into the bathroom.

He stood in front of the mirror, looking at his disheveled appearance. His hair was black and short but had strands going in multiple directions, he had bags under his bright blue eyes, and he had that disgusting mucus that could form on one’s lips overnight which made him recoil. He definitely couldn’t go outside looking like that, in fact he couldn’t even present himself to his family.
“Ok let’s do this” he declared.

He placed his phone on the counter, making it play his music.

“I feel kinda fly, sitting next to you. Baby girl, how do I look in my durag?” He sang to himself as he brushed his teeth.

Slowly he began to truly wake up, his body bobbing in tune with the beat.

“I may be covered in cat hair, but I still smell good”

He continued his singing as he completed his morning routine of brushing his teeth, taking a shower, and combing his hair. After finishing, he went back into his room and changed his clothes. His attire changed into his school clothes. He attended an expensive private school and his appearance reflected it. Instead of his loose shirt, he put on a tight clean white undershirt placed under a long white sleeved collared shirt, finally covered by a dark blue blazer. His pajama pants were replaced by black slacks and put on dress shoes. He made a quick trip to the bathroom, looking over himself. Now he was presentable.

“Looking good” he smirked to himself, forming two finger guns.

He left his bathroom, going through his bedroom to the hallway outside. He went down the stairs of his home making quick steps, encountering his mother and sister in the kitchen located next to their living room. His sister was at the family table, her black hair in short twintails. She was four years younger than him, being in middle school. Her school was placed on the same street as his, being the sister school of his academy. She wore a similar outfit, also wearing a blazer but wore a long gray skirt. She ate breakfast while their mother was in the kitchen behind them, adorned in a long pink kitchen apron placed over a white shirt.

“Look who finally decided to wake up.” his mother said in a jovial tone while she cleaned some dishes. “I was thinking you died up there.”

“Sure smells like it.” his sister added, looking at her phone while she put a spoonful of cereal in her mouth.

“I know you’re lying because I smell great” Rama retorted.

“I bet you didn’t take a shower for all of winter break.”

“I did indeed take a shower. At least once. Maybe three times. One of them was this morning.”

His sister looked up at him.

Their mother chuckled in the back.

“Honey being cooped up in your room watching kung fu movies and playing video games is not adult.”

“I disagree. They’re refined art forms.” Rama argued. “I am essentially a film expert now and video games help with hand eye coordination so my reflexes are like a tiger.”

His sister decided to test this claim. She picked up a small piece from her cereal and flicked it at him. He saw it coming and tried to catch it but missed so it hit his forehead.

“Tiger eh?” his sister joked with a coy smile.

“No one would have caught that, that’s not fair.” Rama replied.

Rama grimaced at the insult when his mother finished cleaning the dishes and joined them at the kitchen table.

“Alright, stop fighting. Are you two excited about going back to school?”

Rama and his sister looked at each other, then back at their mother.

“Is that a rhetorical question?” Rama asked.

“You should be more excited. You get to see your friends again.”

“Mom, he has no friends,” his sister pointed out.

“Yes I do! Who do you think I was gaming with these past two weeks?”

“Ok just because we don’t go around making those tok tiks or whatever you do with your friends doesn’t mean our friendship isn’t valid.”

“Hey!” he replied, sounding genuinely upset. “I won’t have you insulting the greatest man that ever lived.”

“Ok you two stop it.” their mother interrupted. “Mei, you know how your brother gets about Bruce Lee. Rama, be nicer to your sister. You two get going and get along. Family is all you have left when all is said and done ok?”

“Yes mom” they replied, getting up.

They picked up their backpacks from the living room couch. Rama put his hand on the doorknob when his mother told him “Have a good day at school.”

“An attempt will be made. No promises.” he replied, leaving the house with his sister.

The two siblings walked down the street. They lived in a rich neighborhood, the houses being two stories and the lawns verdant. The sun was beginning to rise, giving the sky an orange tinge.

“Ok I’m gonna break off here.” Mei announced. “I don’t want my friends to see us together.”

“Because I have a reputation to uphold. Unlike you, I’m popular and talk with people.”

“Tch. You know you used to think I was cool.”

“Don’t remind me. I don’t know what was wrong with me.”

“I miss when you were small. You didn’t talk as much and actually wanted to hang out with me. I remember you wanted to play games with me.”

The memories made his sister cringe.

His sister took a sharp right to meet up with her friends. Rama was alone, standing at an intersection. He sighed, looking at his sister walking away. He reached into his pockets, taking out his earbuds. He placed them into his ears and selected another song on his phone. The intro song of his favorite anime started to play.

Rama continued his way to school, the roads being surprisingly denuded of vehicles. He bobbed his head to the beat, mumbling lyrics he didn’t really know how to pronounce since he knew nothing about Japanese. He walked with his eyes slightly closed, so that he didn’t pay attention to his surroundings. When he crossed the street on the way to school, he didn’t see what was coming. A massive car horn is what brought him back to attention. Rama opened his eyes, shocked by the sound. He looked right, seeing that a massive white truck was coming straight for him. The truck was coming at him fast, going way beyond the speed limit. The truck was traveling over 50 mph in a residential area. Rama barely had time to jump forward, barely missing the truck. He landed on his stomach in a rough manner, knocking the wind out of him. He panted heavily on the ground. He watched the truck continue to head down the street, looking as if it had no intention of stopping.

“Holy shit!” he cried, not believing what happened.

He was inches away from death, and his reflexes had saved him. He laid on the ground for a few more minutes, his body in too much shock to move. Rama continued to pant heavily, eventually getting up. He looked around, trying to see if anyone saw what almost happened but the street was barren. Unsure of what else to do, he resumed his journey to school.

Still feeling like he barely escaped death, Rama found himself deeper in town, surrounded by taller buildings, outside of the residential area and traveling through downtown. As a total contrast, the streets were now filled with cars and people. The buildings were tall, consisting of business centers and restaurants. Before him were men doing construction work, wearing bright orange vests and yellow hardhats. They were excavating the ground, messing with some pipes underneath the pavement. Rama walked around the workers, his mind preoccupied with what happened to him.

“Hey kid, watch out!” one of the workers called out to him, his voice sounding urgent.

Rama looked up, seeing that a giant metal pipe was falling towards him. One again, his reflexes took over. His body jumped back, the pipe slamming the ground in the spot he was standing in. He fell onto his back, his heart racing once more.

“What is happening!” he exclaimed, quickly getting up, paranoid that something else was about to happen.

“What in the world is wrong with you!?” he heard one of the workers yell at the crane operator.

“I-I don’t know!” the operator yelled back, sounding distressed at what he did.

Some of the workers tried to approach Rama but he backed away, entering a full sprint. He had to get somewhere safe. Rama couldn’t explain it, but two life threatening accidents within such a short span of time was no coincidence. He felt as if the world was trying to kill him. 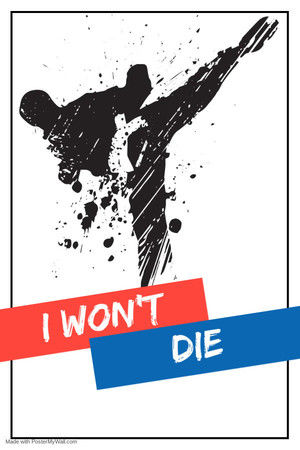