One could not turn a blind eye to the two coincidences, so Ichiro decided to bring the three forks as he prepared for the worst. Schreiber's visit was an unexpected circumstance, and the doorbell came at the perfect time. Too perfect.

In truth, Ichiro—or even Schreiber, for that matter—had an easier way to ascertain the situation. However, unlike the one he used to move his card or the forks, he would need to exert more magic for this. It would leave significant mana traces which able to alert the other side.

It would not be a problem if they were hostile, but not friendly nor ordinary people. It was not a power that he could show to everyone, just like what Schreiber's used to sneak into Ichiro's apartment unit.

A secret that could become dangerous if many knew its truth.

Given a choice, Ichiro would never use it. Only at desperate times.

Ichiro took his time as he walked to the front door. His left hand swiftly unbuttoned the blazer as his right hand was occupied. He also did it to his shirt, albeit only the upper side. He did not forget to mess up his hair. Ichiro intended to create a conception that he had not been well dressed.

However, Ichiro still had the ploy to use if he could use the peephole.

It was common for modern magicians to prepare some sort of defense mechanism by using magic before opening the door to someone, especially to a stranger or an unknown visitor. Even every apartment and tenant sometimes had a built-in defense barrier, just like Ichiro's own. It had become the norm.

It acted as a way to protect oneself from a possible ambush or attack. With the right amount, leaving mana traces at that time would not be considered suspicious. It gave Ichiro the avenue to execute his scheme.

If only Ichiro could rely on all of those defenses, but he could not. Sometimes they were not adequate enough. And for the certain ones like what Ichiro had in mind, those were child's play. It was the reason why Ichiro had to do all of this. By using the secret power, Ichiro had no chance of being in danger.

By the time Ichiro arrived at the door, the bell had stopped ringing. It was the time to employ his trick.

"Wait," he said with a loud voice.

Ichiro maximized his senses to feel possible mana traces from the outside. Usually, he could sense something by that point, even the slightest. Because just like the host, the visitor would prepare their defenses as well.

By gauging the flow and the nature of its mana, Ichiro could identify whether the person outside was hostile or not. At least, he would not have to use his powers.

The three forks Ichiro carried would do the job if he sensed danger.

However, Ichiro could not feel anything from the other side.

He even waited several seconds more to make sure. Nothing was changed. The person outside knew and expected him, he imagined. Ichiro could not take chances, though. As with his original plan, Ichiro carefully channeled his mana. He then executed his powers to know who was on the other side.

It was a person he would never have expected.

His mouth dropped slightly. He was taken aback by what he had witnessed.

The tension inside Ichiro was wiped out in an instant. He reached the doorknob and twisted it, opening the door. His head peeked outside, trying to settle his disbelief.

The girl stood there. It was really her.

Long, straight brown hair with green eyes. Beneath the dimly lit corridor outside, her skin looked as white as snow. Her body had developed in a way that could grip a man's breath.

She also wore the same style of uniform as Ichiro wore now. The blazer, the shirt, and all the colors. The only differences were the knee-length skirt with long socks instead of trousers and the jade brooch tied below her neck, which Ichiro did not have.

Their sights locked onto each other. No more words were uttered. The girl looked bewildered for a moment, but her lips formed a smile several seconds after.

"Sorry to come without notice... Ichiro-kun."

For a moment, Ichiro did not reply until he finally forced his voice. "...It's okay."

"Good to see you too," Ichiro said.

It was their first time in five years. Ichiro had seen her many times through the TV and internet. After all, she was a famous person. A celebrity. However, seeing her in person felt so different.

On the other hand, this might be the first time Hanami saw him. She looked curious but probably nervous as well. It was expected. Above all, Ichiro felt the same. The last time he saw her, she still had her short hair and innocence as a 5th-grade girl.

This time, she looked graceful and mature. A befitting manner of an upcoming Hashiratani princess.

"Is there anything I can do for you?" Ichiro politely asked.

"Mother sent me here to pick you up for the school. She's waiting on the car."

"Yes." Hanami's smile widened as she slightly nodded. "She said she also wants to talk with you."

Ichiro feigned a genuine surprise. "Sorry. I haven't fully dressed yet. I'll be back."

Ichiro nodded at her before closing the door. He then walked inside, thinking about the situation.

The sudden visit felt weird for every reason. Ichiro felt Kaori should contact him about this in the first place. It was not hard after all. Not a single time did Ichiro miss a message or a call from her when the woman contacted him.

At the very least, if Kaori were the one who stood in front of him—or even one of her butlers—everything would make more sense. She was here. Not Hanami, Ichiro reasoned. Why would Kaori bring her here?

Ichiro could not come up with an answer, and he could not overthink it as time was short. He still had something to do.

At least, he was glad everything was okay.

Using magic to control the air again, Ichiro sent the forks back to where they belonged without stopping his steps. He then arrived at the front of the bathroom.

"Schreiber-san. It's clear." Ichiro called from outside.

There was no reply.

Ichiro opened the bathroom door, and Schreiber had gone. He was not there anymore. Instead, he found a piece of paper lying on the dry floor. Ichiro picked it up and peered into it. A message was left, written with a pen.

Ichiro smiled as he sighed. His feet moved again to the bedroom. Ichiro then picked up his mobile phone, which had been on his PC desk. He dialed Schreiber's number before he got connected with him.

"You already knew who's on the other side, didn't you?"

"Until I heard the knob sound, that is."

Ichiro tilted his head. "You're the one who should check it in the first place instead of me. Make things easier."

"Old habit die hard, kid. Just got caught up by the flow. You can't help yourself, either."

"If only I have that smooth control of yours..."

"Keep dreaming, kid. You'll need thousand years to reach me." Schreiber wheezed. "Then again, I think we really ought to chill out for a little. It's embarrassing to think that I also got carried away."

"Indeed," Ichiro said. "I feel stupid to do that after all these years."

"Better safe than sorry. Never forget who we are—or we were, should I say."

"Okay then. I'll be going now," Schreiber said. "Can't let your sweetheart wait for too long."

Schreiber closed the call. If only Schreiber would use more of his phone, Ichiro thought. But since Schreiber could pop out from one place to another with ease, he rarely used communication devices except in emergencies.

Without dealing with his sudden visit and every implication behind it, everything would be just fine. Ichiro was about to discuss this, but he forgot Schreiber always came and went fast even though it was typical of him.

Ichiro could only take a deep breath and quickly let out all of it as he put his mobile phone in his front pocket. He walked out of the bathroom, thinking about what he should do next.

The woman had waited for him down there, but it was Hanami who brought the headache. Ichiro felt uncomfortable with Hanami being around, and her mother had something to do with it.

The problem was not over. 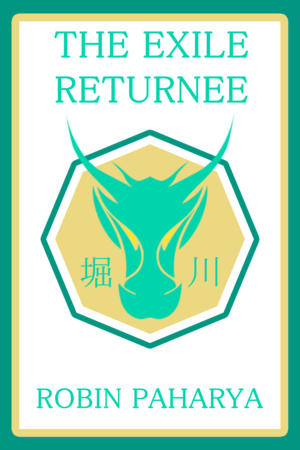