It started raining when I was a few blocks away from home. The storm cloud appeared without warning, casting a gray drizzle over Animus. The streets were empty, making it easy to pursue Mom. I had an easy enough time catching up with her once I clambered out my bedroom window. It was the first time I’d ever snuck out before. I felt the anxiety welling in my chest, my lungs feeling like overblown balloons mere seconds away from popping. Bookmark here

Mom said earlier that she was going into the city to help Dad, but that had been a lie. She was walking in the opposite direction from the train station, instead following the path I took to the school at the edge of town. It may have been for both elementary and middle schoolers, but it was half the size of any school I’d seen in Arcaya on one of the many trips I’d taken there with Dad.Bookmark here

When she got to the gate, I thought for sure my mother would turn back. The school was always locked up on the weekends, but she waltzed in without resistance. I kept close behind, staying low to the ground to hide as much of myself as possible. Bookmark here

As I followed her onto the school grounds, I noticed a chain dangling from the links of the fence. A clean cut ran through it, the lock lightly buried in the sand by my feet. Bookmark here

She wasn’t supposed to be here anymore than I was. Bookmark here

Anticipation played me like a drum, my limbs gingerly creeping into the building. It was dark once I was inside, the overcast from the storm blocking out most of the light from coming through the windows. I paused, listening for Mom’s footsteps among the halls. Bookmark here

To the right I went, walking on my toes to avoid making a sound. It slowed me down, but it was better than being discovered. I’d never given my parents a reason to punish me before and something about today made me feel I was crossing a line worthy of punishment. A week without books, that would be a horrible way to pay for my indiscretions. Bookmark here

A bolt of lightning illuminated the hall, flashing me a glimpse of my mother descending the stairway further down. I trotted after her, catching the door before it fully closed. Her footsteps were loud, the heel of her sandel clacking with each stair. I stayed hugging the rail, the iron cold in my hands. I used it to keep weight off my feet. It managed to help me stay quiet in my pursuit.Bookmark here

The bottom floor was musty. A dampness clung to the air the way dish soap clings to the inside of a sink, slowly sliding down at a reluctant pace.Bookmark here

A leaky pipe passed the time from the bathroom off to the left. The door was ajar, with the lights inside flickering and barely able to illuminate the tile-lined walls. Bookmark here

I can hold it.Bookmark here

I hadn’t even thought about the small urge beginning to form in the pit of my bladder, but one look into that bathroom and I got the uneasy thought I’d somehow end up drowned in a toliet bowl. Bookmark here

I looked in the other direction, down a narrow hall that led to a large pair of double doors. They were a dark gray, afflicted by a patch of rust growing out from the bottom corners. I was drawn to it, my feet subconsciously walking closer. My breathing grew heavy, weighed down by a cocktail of emotions. Bookmark here

They all gripped at my heart, each squeezing it until I could feel my speeding heart rate throb against my ribcage. Bookmark here

I was at the doors. One firm thrust with my hand, and they’d swing open to reveal what lay on the other side. I pressed a palm to the iron. It was cold, a thin layer of condensation sticking to the metal in tiny beads. Bookmark here

“You don’t want to see what happens next, child. You’re too young for such a thing.” Bookmark here

I did as I was told, stopping my hand from opening the door. I looked for the one that’d warned me, but no one was visible. Bookmark here

My voice was small, a tiny squeak coming out aa I asked my question. Something was looming, watching me. I could feel the pressure from their eyes, like camera lenses recording my movements for study. Bookmark here

“You should’ve stayed home. Now I have to intervene, and I hate doing such things. Watching…observing, those I enjoy. Getting involved, not so much.” Bookmark here

It was back, the omniscient voice that echoed in the corridor. I felt the vibrations, the sound bouncing from wall to wall, holding me in place. There was a faint tapping, reminiscent of the sole of a shoe striking the floor. It grew louder, as if someone was walking closer, but no one appeared. Bookmark here

The hall was empty. Bookmark here

Closer the noise came, the pressure bearing down on my shoulders until it reached an apex that I thought would crush me under its foot. Bookmark here

And then there was silence. Bookmark here

The steady drip from the sink continued at its leisurely pace. Bookmark here

It was calming and drew out a shaky exhale from my lungs. The pressure was gone, and a moment of reprieve worked its way against my chest. Relief. Bookmark here

“It’s time for you to leave.”Bookmark here

A cold, clammy hand came to rest on my shoulder. Each finger delicately fell into place, like a smooth cascade of bone-chilling flesh. I risked a look and what I saw left me terrified.Bookmark here

My scream was muted, but the fear was all too real. Eyes, black as a starless night bore into me, the reflection of my silent shriek only intensifying my fear. The moment felt frozen, as if my life was encased in this one frame and I was forced to stare into these eyes until the day I died. And then, everything phased to black. Bookmark here

Rain is a wonderful feat of nature. The world vaporizes water from all around, turning it into a gas and then liquifies it again thousands of feet above us just to let it fall on us in the form of small droplets. It was these tiny drops of rain that I awoke to as I laid sprawled out in the grass near the outskirts of Animus. I felt empty, like a car devoid of fuel. I couldn’t operate my body, my limbs unresponsive to my commands.Bookmark here

Water streamed down the sides of my face, the liquid tickling my skin as it slid along it. I could only beat my eyelids to keep the water out of my eyes. I was vulnerable, helpless to do anything to stop the onslaught of rain falling faster over me. I couldn't recall how I ended up out here - thoughts of the school flashed in my head - but it was all so hazy. Bookmark here

“Oh, that hurts!” I winced as I tried to turn my head to the side. It was an uncomplex movement, but I could barely perform it. It made little sense to me why I was so drained of energy, but all I could think about was the school.Bookmark here

“So, you ended up all the way out here. You must’ve been flying on those legs of yours.” Bookmark here

My father was standing over me, his face sullen and worn. He looked pasty, like his skin had been bleached of its impurities. Bookmark here

“Dad?” I whispered back; my throat was too sore to speak any louder. Bookmark here

“No need to talk Ava. Rest for now and then head home.” He knelt by my head and placed a steady hand on my cheek. He brushed a strand of hair behind my ear, examining me with concern before forcing out a weak smile. Bookmark here

“You feel so cold.” My voice was stronger this time, but I still sounded like a croaking toad with a sore throat. Bookmark here

“You’ll do great things, I know it. I must be going now, but you’ll be safe here in Animus. The outside world is dangerous, but this town is special. Stay here, where darkness will never harm you.” Bookmark here

He pressed a finger to my mouth to interrupt my question. The feel of his skin against mine was chilling, not at all how it normally felt. The warmth had disappeared. He took one last look at me before he rose to his feet and left my line of sight. I failed to chase after him, instead, I was stuck laying in the grass and forced to feel the rain fall on me until I lost consciousness.Bookmark here

That was the last time I ever saw my father and the next day would be the last I ever saw of my mother. Bookmark here

“It’s you…the one from the basement.” Bookmark here

I stared at my reflection, unable to look away from Otis. He shook his hand, flicking off specks of Honzo’s still fresh blood into the sand. Bookmark here

“So, you remember me? Guess I’m not surprised, it took an awful lot to make you forget what you saw on the other side of that door. Seeing my face again must've released a few memories to the surface.”Bookmark here

His head tilted to the side like a lizard, his reptilian demeanor examining me like I was an insect he contemplated feasting on. Bookmark here

“I barely recognize you from that frightened girl at the school. You still have a healthy amount of fear I see. That’s good…it means you aren’t stupid.” He said without forming an expression. I was staring into the face of a blank canvas, one void of anything human. Bookmark here

“Why are you here?” I tried to sound brave, but I couldn’t keep my body from shaking. This is what it meant to stare into the face of death.Bookmark here

Otis extended a hand, the tips of his fingers gently caressing my chin. He traced my jawline down to my neck, smoothly clasping his hand around it in a robotic manner.Bookmark here

Otis retracted his hand, flinging himself away from me as a passage of darkness erupted between us. A shadowy figure flew out, accompanied by a trail of black bones clinging to its leg. The sound of chattering teeth followed, the bones raking against each other in an unpleasant manner. Bookmark here

“Finally caught up to you. Sorry about the company that’ll be joining us shortly. Think you can handle them?” Logan stood at attention, his clothes in tatters and streaks of blood trickling down his arms. He was wobbly on his feet but flashed me a grin that enriched me with new strength. Bookmark here

We were going to make it back to Animus, no matter how long it took. Bookmark here 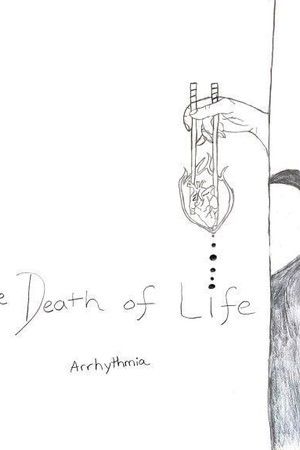