Rose hoped from treetop to treetop, heading somewhat aimlessly through the trees. She hated to admit it, but she wasn’t sure where exactly she was going. She had run into a couple of chaos scouts and dealt with them no problem. But the main force was still a mystery to her. From the information she had gathered from the Esterwood soldiers she new she was vaguely heading towards the chaos group.Bookmark here

Though what exactly she was going to do when she found them… she was still figuring that one out. Scout the numbers maybe, lay some traps if able. She was going to meet up with allies at some point at least.Bookmark here

Rose suddenly stopped on a branch, her ears picking up noise through her helmet, sounded like metal. Taking a second to figure out the location of the noise before heading towards that direction.Bookmark here

She bounded across the trees until she reached the source of the commotion. A fight. She saw a red-haired woman shooting flames from her hand, a large well-dressed man, and a purple skinned demon folk battling a few chaos worshippers.Bookmark here

She wondered how this eclectic group was formed but decided that helping them was more important in the moment. From the treetop she loosed an arrow and it pierced the light armour of one of the worshippers.Bookmark here

Realizing that standing on a single branch made mobility rather difficult and an arrow racing towards her, she leapt of the tree. The arrow whistled past her as she landed on the ground with a roll.Bookmark here

Upon getting up she drew her sword and joined the group in the melee. The sudden introduction of a new fighter sent the chaos worshippers into a wave of confusion.Bookmark here

With that distraction the sorcerer chanted a few arcane words and threw out three streams of fire. Each one hitting a different target, crackling through the air they slammed into their targets and burnt flesh on impact.Bookmark here

Upon witnessing their allies fall from the fire magic the remaining chaos worshipper’s morale began to waver. With that the other adventurers pushed their attack. The chaos worshippers that stayed to fight were taken out and a couple ran of into the woods.Bookmark here

Rose looked to chase before hearing the demon folk talk to her, “Hey, hey. No need to worry about them right now. We have more important matters.”Bookmark here

Rose watched as one of the chaos worshippers disappeared into the trees before turning around staring at the demon folk, rather cautiously. “Right.” She said after a pause.Bookmark here

“What, is there something on my face?” The demon folk asked her playfully.Bookmark here

“Uhm. No it’s-” Rose topped trying to figure out what to say.Bookmark here

“Oh, by the gods. Aron, stop screwing around, we’ve got a warlock to catch.” The flame-haired fire user said exasperated.Bookmark here

“Yes, he was with the chaos chief. Wait, you just joined this fight?” The fire user asked.Bookmark here

“I did, I’m an adventurer that was with the rear caravan group that was attacked. I moved my way over here after hearing that the chaos worshippers were converging here.” She explained.Bookmark here

“Yes, I am. The other survivors are headed towards the city, I decided to join here to help.” She told him.Bookmark here

“Did you meet a man named Lawrence? He has salt and pepper hair?” He asked, getting closer and closer to her.Bookmark here

“Yes, I did. He was with this lady Sara and her child, and this boy Shawn. That’s who you are asking for right?” She said assuredly.Bookmark here

“Yes.” He said looking relieved. “So, they’re headed to the city.”Bookmark here

“Them along with several others.” She said.Bookmark here

“Well, your friends are fine. Are you planning on staying until the end of the fight?” The demon folk asked him.Bookmark here

“I’m already involved with this, why not see it done.” The well-dressed man replied. Turning his attention back to towards Rose he said, “Oskar Leo, pleasure to make your acquaintance.” Oskar extended a hand to her.Bookmark here

“Well, if you could keep Shawn safe then trust in your abilities.” Oskar said with a smile.Bookmark here

“I doubt you will difficult as him.” She responded. Oskar smiled at that.Bookmark here

“I don’t mean to interrupt but do we have time for these introductions?” The fire spoke to them, impatience on the edge of her voice.Bookmark here

“Are you telling me that the warlock would leave the chief and run?” The demon folk asked her.Bookmark here

“No, but- urgh. I just want to deal with it as quick as possible.” She lamented.Bookmark here

“How far away is he?” The demon folk asked.Bookmark here

“Not far, but he might be joining up with others.” She said more urgency in her voice.Bookmark here

“Right then, I guess formal introductions will be put on the shelf for now. My name is Aron, the sorcerer is Amelia. Now why don’t we focus on the chaos warlock? We could always talk while moving.” Aron the purple skinned demon folk offered.Bookmark here

With that the new team proceeded to move through the woods, the fire user Amelia guiding the way, using some sort of magical item that seemed to tell her the location of the warlock.Bookmark here

“So, before you get worried of me stabbing you in the back, I’ll clear the air and tell you that I’m a good little demon.” Aron said to Rose almost gleefully.Bookmark here

“What no, I-” Rose tried to say before being cut off.Bookmark here

“You don’t need to pretend; I could tell by your body language. Don’t worry I’m used to people finding my horns and tail off putting. Trust me, I know half-fae’s can be disturbing to some.” Aron said without giving it much of a thought. “Especially since some of the rumors have some truth in them.” Giving a wink with his crimson eyes.Bookmark here

“Hey, don’t worry I’ll forgive you as long as you don’t get me killed in this.” Aron assured her.Bookmark here

“That I can do.” Rose replied with a firm nod.Bookmark here

“Alright, everyone, were going to reach the warlock in a few seconds.” Amelia interrupted them.Bookmark here

With that the other three readied themselves. Rose walked forward taking Amelia’s place in the front, sword out as they advanced forward as a group.Bookmark here

Upon moving through some foliage, they came upon a new group of chaos worshippers and in the middle of them stood a cloaked figure.Bookmark here

The figure wore rather ragged looking animal furs a hood that drooped over his head. He held a staff that had what looked like a humanoid skull at the end of it, embedded in the skull were runes and gemstones. The warlock.Bookmark here

The warlock looked at them, his entire eyes was entirely black. Rasping something the warlock pointed a gnarled finger at them, with that the chaos worshippers charged.Bookmark here

Shawn and Lawrence raced through the forest, with Shawn studying the map intently. From what Shawn could see, they were close to where the chaos worshippers they had encountered were originally headed of to. The two slowed to a stop as they began to hear noises of fighting near them. Bookmark here

The two began to move towards the closest direction of combat. Creeping towards they eventually poked their heads through some bushes and witnessed a brawl.Bookmark here

One of the fighters appeared to be a familiar armoured figure, Rose, she was joined with three others battling the chaos worshippers. Some purple half-fae, what looked to be a red headed sorcerer and Oskar.Bookmark here

Shawn did a double take upon seeing Oskar.Bookmark here

“And here I thought old Osk was relaxing in a hotel in the city.” Lawrence said out loud.Bookmark here

“Yeah, got really lucky.” Shawn said as he watched in amazement.Bookmark here

“Well, are we still going to help out or just stand here?” Lawrence prodded.Bookmark here

In response Shawn notched an arrow and fired it. The arrow soared and landed square on the back of a chaos worshipper that was engaged with Oskar.Bookmark here

Oskar looked at his fallen opponent with surprise, looking up he spotted the two. A wide smile appeared on his face.Bookmark here

“There you are! Had us worried!” He called to them.Bookmark here

“Well, we had a minor hiccup, but everything looks good now.” Lawrence called back as he and Oskar approached each other. Shawn ran of to engage with other chaos worshippers.Bookmark here

“Safely headed towards the city. Me and Shawn chose to stick around.”Bookmark here

“Yep. That boy really is a handful at times.” Lawrence said with a grin. “Now let’s get this done already.” With that the two of them rejoined the fight.Bookmark here 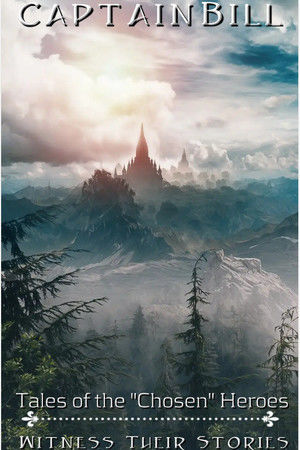