All I see is red. Crimson. Burning. And also yellow and black. All around, everywhere, those pesky bees coming out of their hives, signalling the beginning of pollen season. And now they give me hives.

I also have an allergy to crack cocaine but I just can't stop taking it. It itches doubly.

I can't write because I'm so itchy.

The rest is the first chapter of THC by BlipXP. But actually it's written by me since I'm plagiarising it.

Chapter 1:Fetishes (1)The Hive ChroniclesDiscussions on The Hive vary a lost in topics, length, quality, and basically anythingthat can be considered as a variable. Including, of course, the sanity of those topics.This time, the tale I shall tell is the one of the great apocalypse of the Hornii, thenext stage of degeneracy above all others. It started, as it always should be, as apretty inoffensive conversation between members of The Hive, which may or maynot be classifiable as mild bullying to some. “Hey, do you know this new story I just discovered? You can’t possibly guess what itsthemes are!”“Is it really that strange? Gimme the name LMAO”“okay, here it is... Brace yourself... It’s Vore Armando!”“Wait, does the ‘vore’ part mean what I think it does?”“It sure does, friend! A story where all of the world is based around eating otherpeople!”And Ragnarokhenceforth started. The forbidden words had been spoken, andeveryone other than those poor anonymous newbies which I’m too lazy to think aname for, knew what was about to happen.And they were damn right.Mere seconds later, the man himself arrived on the chat, his sixth sense awakenedat the mere mention of vore. The author of Vore Armando himself arrived in thechat, bringing with him all his pent-up rage at those who dared talk about the mereexistence of his work.His name was none other than ‘NasuSimp’, as he seemed to have a great...‘appreciation’ of a certain Japanese writer’s work. He was the author of one of thegreatest and most popular works in all of The Hive’s parent website.But, his primal instincts were not so easily suppressed. While in the morning he wasa very talented aspiring author, in the night he was... asleep.And in the time in between, he was the author for one of the most gigantic pieces ofart trash ever conceived by humanity. Yep, you already guessed the damn name.No need to say it again.NS: “Hey, you guys talking vore again? Come on, stop it! Nobody needs to knowabout vore!”BT: “But aren’t you the one who wrote it, though? Isn’t vore your fetish orsomething?”NS: “It is not! How many times do I have to say it? My real fetish is-“And then
The theHive situation,Chronicles which couldn’t possibly go worse, somehow did. TomboyLover arrived, and automatically activated his fetish mode. That could only meanone thing.TL: “I LIKE GIRLS WITH SHORT HAIR.” (Narrator’s note: read with an ominous roboticvoice.)If before that point the chat had been chaotic, it was now when there was no goingback.For now every one of two messages posted was just Tomboy Lover repeating thatsame sentence, copy pasted to infinity like if it was the high school homework fromthe clever kid.The attempts of the other regulars to go back to normal bore no results, aseveryone seemed to be unable to not talk about fetishes now.“Tentacles!”“Feet!”“Vore!“Girls with long hair!”“Anything is fine!”“I LIKE GIRLS WITH SHORT HAIR.” (Just repeat this in your mind every one or twomessages, I can’t be bothered to copy paste it.)“2D is way better than 3D!”NS: “Everyone,SHUT UP ALREADY! It’s time to stop talking about F*CKING FETISHESdon’t y’all think??”In just a fraction of a second after NasuSimp’s message popped into everyone’smessaging app, imperturbable silence overcame the chat room, unstoppable justinstants before. Even the “User is typing” indicators had disappeared.And that silence lasted forever.Of course not, haven’t you caught on already?The shitstorm began anew, the flow of messages even faster than before.Heck, it was so fast that even Tomboy Lover’s string of copy pasted messages wasreduced to one fourth of the total.Nothing could stop this conversation–no, cultured discussion–no, just outrightdegenerate war from making the whole world crumble.This was the beginning of the end.Or, as any of the people participating in the discussion would have put it, this wasjust another day for The Hive, where humanity was thrown out the window andcommon sense was nothing but a pipe dream. 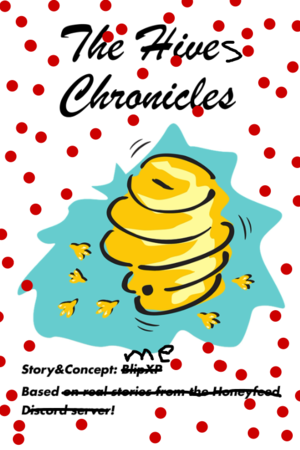