The Tale Of Xavier Nara PT 2

1 hour into X’s journey he realizes that he didn’t get to see Dom and Xifier before he left, as he continues to walk and get lost in thought a few miles down the road “Bruh, he said he'll be here by now, where he at???” Xifier “Be patient damn, listen to some music or something!......... THERE!” Dom looks down the road, It’s X “OVER HERE X!!!!!” X snaps back and looks up, he can vaguely see Dom and Xifier in the distance. X starts to make his way towards them, “Hey! I thought you guys would have already left, what's keeping you around?” Dom “Well, I don't really have anything else to do sooooo, I just tagged along with Xifier to pass the time.” Xifier rolls his eyes “Whatever, (he walks up and looks X in his eyes) hmmmmmmmmm, I see. X I'm here to test your resolve. Can you actually kill Jack, and be okay with that. Then lead a country that's been run into the ground and succeed?” X at a loss for words, stays quiet. Xifier “Well, let me tell you from experience. My name Is Xifier, X9 for short. The 9th heir to the Xifier throne. At the age of 10 the King's heir is sent out into the real world to gain experience not only in battle, but also in knowledge. We must learn what it means to lead, how to keep the interest of the people, and earn the trust and respect of all. You must be ready to cast aside selfish desires so the future of your people can prosper in peace once your time has ended. That’s what it means to be a leader, a King!” Xifier turns around and takes a couple steps back “X, you won the first match even though you had help I’ll count It. (he turns around) After that we had to abide by Master Manji’s rules ONLY SWORDS, headass! You may have won those, but I could care less this Is the match that counts, round 2!” X surprised that Xifier even talked this long and he hasn’t said anything rude “Same, those matches didn’t matter. But this one is for the title X!” Xifier “O, by the way I overheard you talking to Master Manji a few years ago. I know….. Xavier Nara, Son of Jack.” X gets on tilt just by hearing that name, but before he can speak Xifier continues “Jack Nara, current leader of the Nara clan, I’ve seen him once. He met my father for a business deal but it fell through. So one more thing, If I win you have to promise me free movement and basic necessities for me and my people at any time.” X shocked “What! I’m not even sure I want to lead the Nara, and how do you know I can beat him!?” Xifier laughs “Like I said If I win free rights for me and my people, so that means you must become the leader to uphold your end of the deal!” X “Bruh, again even with all my training how can you be sure that I can win? It's been 10 YeaRs surely he’s gotten stronger too!” Xifier shakes his head “I don’t know If you can win that's why I’m here to see If you can do It, so what’s your side of the deal.” X takes the time to think, he could just say the same thing as Xifier but he really doesn’t want that. Xifier “GOD DAMN! HURRY UP ALREADY!” X “Alright, sheesh. This match is for the title X and I also ask that any friend of mine is a friend to you!” Xifier looks at Dom and back at X, Dom “Aye, uh, X? If imma be honest that shit was pretty corny, you could have said anything.” Xifier laughs “On god, he could have you're still just a kid, but whatever I guess It’s your choice. Also DOM, stay out of this!” Dom “Gotcha Boss!” he backs away X “Well It’s been a while, lets see how our training has paid off. One more thing, I’ve also been given the title Sword Master by Master Manji.” Xifier looks a little surprised.Bookmark here 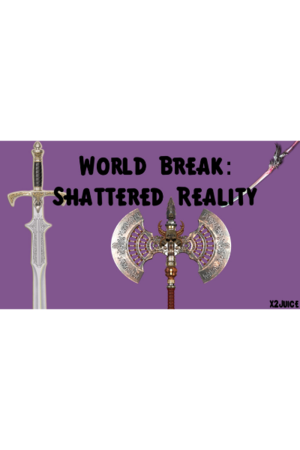