Almost half a day has passed since the second wave attacked. Tanuki spent this time gathering different materials from the forest. He wanted to reinforce the spiky fence around the Gaia Core and also build some new traps.

The fake scarecrow-dolls proved to be effective during a low light attack, especially when he smeared them with smelly animal remains. It was a rather disgusting task, requiring him to touch things no sane man wants to, but that was still leagues better than having to suffer a goblin's claws.

The third wave's challenge rating was low, but Tanuki knew not to trust it. While it offered an idea of what to expect, the line below, which showed the number of incoming enemies, proved that it's best to be sceptical about every attack.

"Soup, Daughter of the Blue Minotaur… she must be who the goblin was talking about."

No monster before had a name shown by the Gaia Core, but this enemy was different, and by having no numbers next to her name but a skull, Tanuki knew why it might be so. This enemy was no ordinary monster, but a boss, a much stronger enemy than the rest.

"I guess she must be the final boss of the beginners' trial."

As much as he tried to shrug it off and calmly prepare, Tanuki's hands were shaking in fear. He thought the last enemy he fought before was a boss, but that was only a mini-boss. How strong or dangerous an actual main boss might be, he feared he might never get to know, as even if he had a chance to fight that, there was no way he could defeat the following five goblins alone.

That being said, he had no intentions to give up. He made a tiny axe with the help of twigs, vines and an especially large stone he found in a berry bush, so he might cut down a tree and raise some sort of shelter around the Core.

"How hard could it be? I played enough survival games to know the basics of woodwork!"

But what he did not know was how to cut down an actual tree.

Before him was a large red maple. It was one of the most common trees of his previous world, but probably one of the rarest in this one. The football-field-sized grid only bore this one of its kind, while there were tens of other different species.

That only made Tanuki want it even more.

"Special tree to build a special house for a special boy! Hehe, it's truly the most fitting for me! ~ "

He raised his large stone axe, held it like a baseball bat, then slashed it towards the trunk.

The wind escaped the blade's path with loud whistling.

"Here I come!" Tanuki shouted as the axe met with the tree.

"Ugeeh!" Tanuki yelled out as his teeth knocked together. "What the hell is this tree made out of?!"

Once again, he raised his axe and tried to strike the trunk from a different angle.

Again, the tree proved to be much stronger.

"Oh, come on! My ancestors were cavemen, yet they could easily tear down a tree with much worse tools! Just what am I missing here?"

Grabbing his axe, he walked around the tree and observed it from every possible angle. He compared the blade to it at every point, making tiny knocks on the trunk and searching for any previous damage that he could abuse.

"At this rate, I'll have to use my special weapon…"

Deep in his pocket lay the special weapon hand-crafted to fit his personality and soul. It was very special not only for being handpicked by the system but also because this might very well be the only one of its kind.

Still, Tanuki did not want to use it on something so ordinary. As such, he brought another axe.

He reached both hands above his head, then slashed them towards the tree. The axes flew with the same ferociousness as a wolf flying out of its hiding spot to catch its prey.

When the sharp teeth of both axes met the tree, their powers met each other in the middle and shot both axes away. Tanuki couldn't stop the weapons from swinging away and he fell back onto the ground.

The crunchy leaves have soothed his fall, but that didn't stop him from getting more frustrated. Especially when realized, that the tree remained, once again, unharmed.

"Just what the hell do you want me to do?!" He shouted at what he perceived now as the king of all plants. "I-I mean, I'm not getting angry! That's right! And just now, I came up with a great idea!"

Five minutes have passed. Tanuki brought some of his collected vine and weeds, which he crafted into a thick green rope, that then he used to connect the trunk of two different trees. His idea was to create a large slingshot and launch his axe at the maple tree.

He stepped behind the rope, held his axe before it, then slowly began to walk backwards. The rope stretched loudly, wailing as it was being pulled.

"Was this really a good idea?" Tanuki thought to himself, but as he looked up at the large maple, his wrath further fueled his desperation. "Of course it was! Now die, you stupid tree!"

The rope snapped back loudly as Tanuki let go. The axe flew lightspeed towards the maple tree, and upon meeting its trunk…

Tanuki's eyes widened, as the axe flew nanometer close to his ear. He froze down, confused and scared of why the axe turned against him. Then he realized: the maple tree's trunk was so incredibly sturdy, it bore such goliath strength, that the axe not only couldn't pierce it but it was launched back with an incredible force.

"A-Are you fucking with me?" Tanuki clenched his fists. "I almost died because of a stupid tree?"

The words echoed in his head as if the universe was mocking him.

Grabbing both of his axes, Tanuki repositioned himself to the other side of the rope. He raised both weapons into the air as if he was a praying mantis stretching out his arms. Then, he began to walk backwards, stretching the rope.

"Yo, asshole!" He addressed the maple tree. "I have to recognize, I made a mistake when I approached you. I was trying to be nice and forgot how trash like you deserve no kindness."

When the rope couldn't stretch anymore, he stopped walking, bent back, and let the rope slingshot him towards the maple tree.

He raised both axes in the shape of an X and, when he got close enough to the trunk, swung both blades at the tree.

Tanuki hit the tree headfirst, while both axes bounced off the tree and spun away. The tree was still unharmed.

"My nose!" Tanuki cried on the ground when he heard something from the distance.

The axes remained in the air, dancing around furiously like bloodthirsty boomerangs.

"HUH?!" Tanuki ducked down as he realized the chaos about to ensue.

The mad weapons cut down everything in the way, tearing off large branches and twigs while shooting hundreds of leaves into the air. The situation was completely out of control, and it got even worse as one tree fell right onto another, creating a chain reaction of self-destructive deforestation.

"Uwaah!" Tanuki shouted as he evaded the falling trees.

By the end of this destruction, there was a clearing in the middle-point of the forest. Surrounding Tanuki were at least twenty tree corpses littered across the ground. There was just one tree, a single red tree, that survived all this destruction completely unscratched.

Tanuki quietly looked back and forth at the cut trees and the only one he actually meant to cut, still standing vigorously on the battlefield. 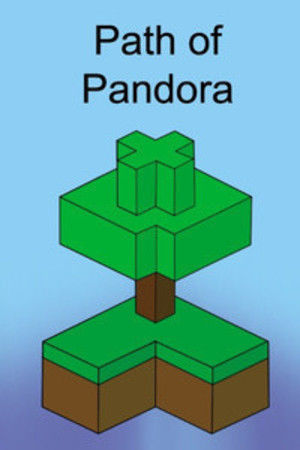