In the year 2030, a strange phenomenon suddenly appeared in a country of South America. A mysterious, black and purple stationary swirling vortex, baffling scientists across the world, and drawing the attention of citizens in every country. The occurrence of this sudden phenomenon was quickly referred to as a “distortion.” As scientists from every country promptly made their way to South America to study the distortion, the masses had already moved on to the next hot topics. Little did the world knew, the decade-long “new normal” the world had become complacent with will be upended once more.

Two weeks after the discovery, an unidentified creature exited the distortion and nearly wiped out the entire country. The world turned its attention to the disaster as if it weren't any different from common entertainment. Powerful nations sent their most formidable armies equipped with the most powerful technology available. However, their efforts were futile. Armies were annihilated just as quickly as they had arrived. As the world began to panic, distortions suddenly appear in the U.K, China, Japan, the United States, Canada, and various countries throughout Europe and Africa. There was barely any time to thoroughly prepare for the oncoming onslaught that would eventually wipe out nearly half of the world’s population.

The general population from every affected countries began to migrate as far away from the distortions as possible within the borders of their respective countries. Nevertheless, the distortions remained as they had appeared. Havoc and destruction ensued for days. With humanity on the brink of collapse, the billionaires of the world invested in the construction of smart cities to protect the population from the creatures of the distortions, and development of advanced military weapons and technology capable of combating the unidentified creatures and eliminating the distortions. The most prominent advanced military weapons, aptly named Quasars, utilizes sapphire stones that are capable of emitting the brightest magnitude of light and can be attached to various weapons, from swords to scythes to firearms, to combat the creatures and eliminating the distortions. Quasars are wielded by the world’s first united army, Perseus.

By the year 2032, the creatures and the distortions among the world were suppressed. However, distortions of various sizes continued to appear within countries. As a result, smart cities across the world became advanced at a rapid rate. Perseus remained in place as the world’s first and only united army to defend against the distortions and its creatures, and to prevent another near collapse of humanity. It was unanimously agreed upon that Perseus will accept any civilian into its army who successfully pass a thorough background check and rigorous military training.

While Perseus is the established military that serves and protects the world, there exists a shadow organization named Crux that upholds civilian peace and to protect their respective countries. The operatives of Crux combat the creatures and dispel any distortions that appear, and continuously study the causation of the distortions and the creatures that subsequently appear.

The year is now 2132. The story begins in a city named Gossport. 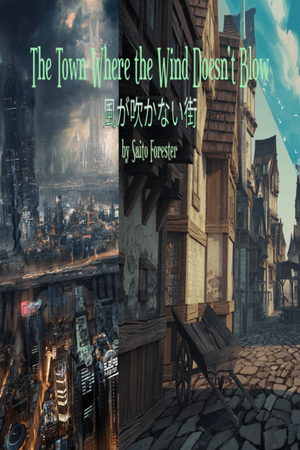