“What crap is this? This is the third week in a row that we won’t get paid because of that dried up river!” One man yelled.Bookmark here

He threw his buckets onto the ground and wiped the sweat off of his forehead in a blind range. The other men barely reacted and simply stood in place; they agreed with his words but wouldn’t mention it.Bookmark here

“What do you suggest we do Koga, there’s no fixing the weather. Just do what you’re hired to do and shut up.” He said with low enthusiasm.Bookmark here

The men continued back to their village that resided across the hills. The village known as Sator was a poor village that focused on developing crops and selling off their produce to nearby struggling locals. Bookmark here

The village consisted of the communal market area where trading and business was conducted, this all resided on the highest area of the hill while the houses rested at the bottom. Each house positioned along the slope leading down to the main land.Bookmark here

Each day, the majority of the village would gather in the fields to work while the rest would walk up to the market stalls to buy their food and weekly rations.Bookmark here

A hooded figure brushed past stalls, slipping food into their sleeve and swiftly leaving before anyone could notice them.Bookmark here

A young woman handling the bread stall flaunted her concern to the entire market area with her bitter face,Bookmark here

“Who took the bread I placed here, there’s a thief here!” She cried out.Bookmark here

A few moments later the thief made their way to a run-down shack which barely stood upright, hidden on the outskirts of the village border.Bookmark here

“I’m home, did you miss me Umi?” A boy asked.Bookmark here

He took of the grey cloak that covered his head and body, revealing his dark black hair and crimson red eyes that bared no life in them. Although the colour was magnificent, they were backed up by no flicker of life whatsoever.Bookmark here

After placing the cloak on the floor he proceeded to bring over his haul onto a chopped log that acted as their table.Bookmark here

Much like every other item around them, the log was littered with scratches and left in poor condition.Bookmark here

“I got us a whole loaf of bread and some herbs from the field again. I hope you wake up soon, this stuff is too nice to be had while you’re asleep… wake up soon.” He trailed off.Bookmark here

His name is Kiramaru, he and his sister Umi had been living alone in Sator for the last two years, which is about the same time that she went into her sleep.Bookmark here

Two years ago when the village was still somewhat thriving, they built their home and started their life. Without parents or any money they needed to collect from the fields and scavenge what little they could for a living but one day Umi unexpectedly collapsed and never woke up.Bookmark here

Her breathing is strange but that means she is alive at least; there were no doctors around so it made it impossible for him to have her treated. Bookmark here

Umi’s pale face showed her deteriorating health but still remained beautiful, outclassing any of the women in nearby villages. Kiramaru was quite handsome himself despite being sickly and starved. Bookmark here

Kiramaru was seventeen but that made him an adult already by law from the age of sixteen.Bookmark here

He brushed his fingers through her black hair and became filled with a wave of guilt.Bookmark here

‘I should gather some more dried herbs before it gets late, will she be okay this late at night on her own though? It should be fine, I’ll be quick.’ He thought.Bookmark here

In the village Koga gathered a group of men and stood huddled up in order to keep their conversation private.Bookmark here

“Koga what’s this about, we have things to do!”Bookmark here

“Shhh! You idiot, you can go back to disappointing you’re wife after I finish explaining.”Bookmark here

“He’s right, with this dry season we have twice the work to do. If you don’t have anything to help us then I’m leaving.”Bookmark here

“That’s what I’m saying you goons. We can fix all of this and bring Sator back to how it was two years ago.” He said.Bookmark here

Koga leaned in and explained,Bookmark here

“Two years is no simple dry season, it has to be the witches!” Bookmark here

“Not this again!” The men bellowed with annoyed tones.Bookmark here

Due to Kiramaru and Umi’s black hair and red eyes they stood out quite a bit. Nobody had ever seen people with such dark hair and eyes that nearly glowed.Bookmark here

“They are witches, and they are the ones poisoning this land! They are a bad omen to have around and kicking them out would be the only way to restore prosperity to Sator.”Bookmark here

“Who says kicking them out would solve anything, what we need to do is continue working. There isn’t time for stories.” Bookmark here

Koga became a bit more firm as he pulled the men in closer,Bookmark here

“Look, you guys can listen to Date here or you can claim back this land with me. You’re tired of this barren land aren’t you? You’re tired of hauling empty buckets back and forth over the mountains without so much as a coin aren’t you? How could it be called “work” if we aren’t getting paid?”Bookmark here

“He’s right. I want our land back the way it was.”Bookmark here

“Yeah, we shouldn’t be suffering for the two brats that take up space.”Bookmark here

“You’re right, I’ve even seen one steal once before. That’s punishable enough!”Bookmark here

One by one the men started adding on their desires in agreement.Bookmark here

Koga smirked as he led the men to the village.Bookmark here

Later that night they gathered with spears and hoes outside Kiramaru’s shack.Bookmark here

“Look, they must be sleeping in there. I can see the shadow against the wall.”Bookmark here

“Alright Koga what do we do now?” Date asked.Bookmark here

“Let’s send them running with nothing to lose.” He replied.Bookmark here

“Wait a minute…if they really are witches then what stops them from just killing us with a hex?” One of the men asked nervously.Bookmark here

“He’s right, I don’t want to be hexed….Maybe we shouldn’t do this.”Bookmark here

“…from a ruling by the leader it could be banishment or death. But we would need to have a ruling by three or more members of the –”Bookmark here

Koga glared at the men beside him with an intense air to him. His eyes began producing a dark red glow in the centre.Bookmark here

“I say we kill them.” Another said with a menacing red glare.Bookmark here

“That’s three, are you with us Date; or against us?” Koga asked.Bookmark here

His eyes shrunk down to a smaller and more beady shape, almost as if he was stalking prey.Bookmark here

“…with you.” Date said reluctantly.Bookmark here

Koga pulled out the torch rapped in cloth and beat two rocks over it, setting it alight.Bookmark here

“Death to the cursed.” Koga stated as he pressed the flame against the rickety shack.Bookmark here 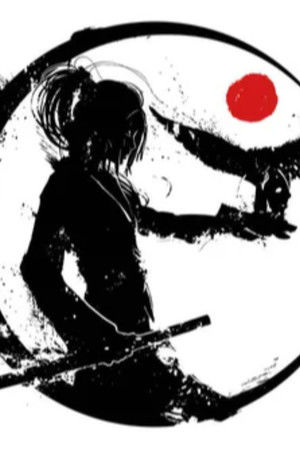