To The Red Line

THE Universe contained two realms: Fulaina, the Human Realm and Margös, the Spirit Realm. Both realms have lived in coexistence and harmony for centuries since the leaders of the Five Kingdoms in Fulaina and a Spirit King of the Kingdom of Zágan, forged a peace treaty known as the ‘Humanity-Spirits Treaty’.Bookmark here

Heavy footsteps stormed harshly across the marbled floors of the empty hallways. A young Spirit King, covered in golden armour with the Kingdom of Zágan’s Royal crest, a burning Phoenix printed on his chest, ran hastily across the empty corridors. He could only hear the sound of his heart beating loudly against his chest. His long maroon hair, tied back in a high ponytail, swung swiftly as he hurried with all his might to reach his destination. Bookmark here

Finally, he stopped at the dark coral painted door: the Master Chamber.Bookmark here

The Spirit King slowly reached out to the doorknob and held onto it. Taking a long deep breath he exhaled and slowly turned the knob. His dark emerald eyes instantly met the two trusted figures standing in the centre of the private chambers, gazing back at him. Bookmark here

As the Spirit King opened his mouth to speak, a tall and bulky knight with the same Phoenix crest on his armour, approached him. The knight raised his hand onto the King's shoulders in a firm grip. Bookmark here

“I'm sorry,” His voice shook. “...We’ve tried everything we could to save her…”Bookmark here

King Ferid fell to his knees, head lowered and trembled hands covered his face. He wept silently in grief and mourned for the loss of his true love; his beautiful Reliana. Bookmark here

A soft gentle hand reached out and tapped his shoulder. Ferid hesitantly lifted his head. Stream of tears rolling down his cheeks. His gaze met with a beautiful, slender, young woman clad in semi-full white silk robes that covered most of her figure. Bookmark here

The woman eyed him pitifully before addressing the matter. Bookmark here

“Though Her Royal Highness the Queen may have gone to the Heavens, we mustn’t forget the gifts she’d left us behind, Your Majesty,” said the woman, tilting her head at a small cradle behind her.Bookmark here

Ferid froze. Gone were the tears and hiccups as he focused solely on the cradle. Bookmark here

“Your Majesty,” the knight cleared his throat. Bended on his knees, he’d assisted Ferid in getting back on his footing. He then gave a few firm pats on the king’s back like an old friend with an encouraging smile. “Go ahead.”Bookmark here

Ferid swallowed hard and nervously approached the cradle. His expression slowly changed from grief to a sad smile. His heart’s filled the moment he set his eyes on an infant swaddled in a pink blanket and sleeping soundly. Bookmark here

Gentle as he could, the Spirit King lifted the fragile newborn and carefully held her in his arms. Bookmark here

“May I present to you the crown Princess and future queen of this Kingdom,” said the young woman again.Bookmark here

Cheeks damped, Ferid broke into a grief-stricken smile. He kissed his newborn on the forehead. Bookmark here

“There's more than just one,” The knight faced him with another infant wrapped in a blue bundle in his arms. “A double blessing, Sire. Not even Vulcan the Great Oracle had predicted this sudden forthcoming.” Bookmark here

Golden eyes peered down at the infant in his arms. The knight then the infant beside his twin on the cradle. His hands lingered at the cradle frames as the next words left his mouth. Bookmark here

“What shall we do with the little one?” Bookmark here

It is an old traditional belief and general knowledge amongst the Spirit society that having a pair of twins is known as a blessing in disguise. If identical twin daughters were born, the family would be blessed with endless prosperity and great fortunes. The same could not be said for identical twin sons, for they are believed to cause endless misfortune and hardship and would often be exiled from society.Bookmark here

For a pair of fraternal twins that were rarely born, however, It is commonly reported that fewer families who were blessed having them would often have to deal with the dilemma of either having to protect the son from society or cast him away.Bookmark here

The Kingdom of Zágan’s Royal family is no exception. It’s rare enough within the Royal family to be blessed with twins, let alone, fraternal twins. The birth of Princesses would be celebrated in a very grand ceremony whereas male infants would often be burned alive or even assassinated. Those who survived the misfortunes would never dream to inherit the Throne and overtimes, were forced into an arranged political marriage.Bookmark here

Tension arose within the walls. His loyal subordinate waited with bated breath for his response. The male knight refused to move from his spot near the infant Prince. He’d prepared to lay his life on the ground and raised a sword against the King whom he respected and sworn to protect should the latter choose to get rid of the infant. Bookmark here

“We’ll keep them both,” Ferid approached the cradle and lifted the little Prince in his arms. “No child of mine is cursed. These two are the products of love that the late Queen and I have conceived. This Prince shall rise and help to rule the kingdom with the future Queen. Both of them shall keep the nation safe and sound from any unwanted threats.”Bookmark here

Smiled broadly, the male knight asked, “What will you name them, Your Majesty?”Bookmark here

“I shall name them both — Makai and Mika. Makai means Protector while Mika means Future in our mother tongue, Ancient Aspaniac. They shall be the new torch of light and hopes of our future.”Bookmark here

NEWS of the Queen’s passing and the twins’ birth quickly circulated around the Kingdom of Zágan and beyond. Many were deeply saddened. However, despite their grief, they were very pleased to hear the future Queen has been born. Bookmark here

When it was later announced that the future Queen has a twin brother, the people of the Kingdom feared that a catastrophe would befall them should the young Prince continue to live, hence, they demanded that the young Prince be immediately executed. In Fulaina, only a few leaders had acknowledged and accepted the news with an open heart. Bookmark here

Fear for his children's safety, King Ferid had ordered the twins to stay away from the public’s eyes and even built a Manor for them to live in a secluded area within the castle’s ground.Bookmark here

On the seventh years of the twins’s birthday, a large scale war suddenly broke between mankind and the Spirits known as the ‘Great War’. Bookmark here

The long and endless battles lasted for months until an unknown powerful force unleashed in the middle of the war and completely wiped out the entire Spirit army off the battlefield and also in Fulaina, thus ending the Great War. Bookmark here

Rumours quickly spread throughout Fulaina that the Spirits were being punished by the God of Peace and Justice, Ifrat, for breaking the Peace Treaty. Bookmark here

Shortly afterwards, a man, known as the Master Oracle Khulai, placed a powerful magical seal on the portal that connected Margös, the Spirit Realm and Fulaina to keep the two races from colliding with each other ever again.Bookmark here

As time went by, men slowly picked up themselves and rebuilt their lives after the Great War. Very few people knew about the truth or the existence of the Spirits and the friendly relations they once had.Bookmark here

Those who had lived throughout the war had sworn to never forgive nor forget what the Spirits had done to their homes and families. They fed fears and hatred of the Spirits toward the younger generations.Bookmark here

Nobody knows what happened to the Spirits that fateful day. How they had mysteriously disappeared without a trace during the Great War soon forgotten by mankind…Bookmark here 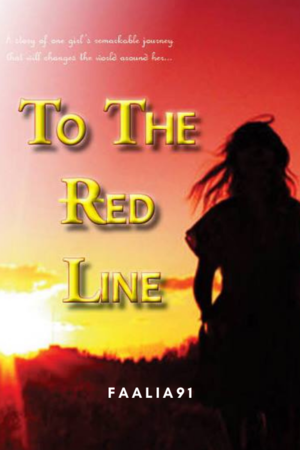 To The Red Line