The year is 2165, the future is now. Flying cars, hoverboards, and people killing each other for money. Well, one of those things isn't what you'd expect for the coming time, but in this world, specifically in the country of America, gambling money and having a battle royale has been the usual for almost 5 years. People from all over the world come to this country for one reason, to participate in this event and win.Bookmark here

Me? I came from a country called Japan and am now in America. Of course, I'm the same as many, I wish to partake in and win this competition. I have my two guns in their holsters attached to my waist. If you're gonna kill, it's easier to do it with a weapon. I'm currently walking towards the famous location in all of America, the Casino de Royale. I soon arrived at the place. It was huge and packed. Many people came to compete for themselves, each individual was either American or from a foreign country. You can easily tell who was a stranger and who wasn't. Same race or not, people only come to this spot for one reason, to win the battle royale.Bookmark here

I went inside the building and people were already betting as I came in. There were many tables where participants were betting large amounts of money. I heard some bet a hundred thousand dollars, two hundred, and even three hundred. Looks like they all felt really confident they were going to win.Bookmark here

Guess I'm the only one different...Bookmark here

I've never been confident in my skills. Ever since I was little, I've always tried new things but failed. I've become scared of trying new things. But that's one of the reasons why I came here, to grow up and be confident. I went to the table at the very front. Not only was there a dealer there, but one of the co-owners of the casino was also there so it's the optimal place to bet.Bookmark here

"Ah, another newbie eh?" He said facing me. Looks like many newbies have already talked to him.Bookmark here

"I assume you're here to compete at the Royale Crush?"Bookmark here

Dang, on-point huh? I guess that is the reason why so many people are here.Bookmark here

"Yes. I wish to bet."Bookmark here

"I see. How much would you like to bet?"Bookmark here

The co-owner's eyes widened a bit at my statement. Obviously, half a million dollars is a lot of money. But if I wanna help my family, a little bit of the total is what I need. People gasped from the other tables. Seems that they've heard what I said. People started whispering to themselves about the amount of money I betted. One person who didn't question it though was the person in front of me.Bookmark here

"I see. Five hundred thousand it is." He reached down and grabbed a piece of paper with some words written on it and a pen. He placed it on the table and asked me,Bookmark here

"Please just sign here." He pointed to the little space at the bottom left of the paperBookmark here

"Is this a contract?" The paper seemed very much like it.Bookmark here

"Yes. It states that you are to participate in the Royale Crush, that you will pay the amount of money you've betted in the event that you lose unless you died in battle, and we are not liable to whatever happens to you."Bookmark here

I looked at the conditions written on the paper. He basically explained everything that was written in the contract, that if you win, they'll pay you the exact amount you betted. If you lose and die, they aren't at fault for anything that happens to you. The rules of the battle royale were also written below it. Weapons are allowed, and the only one who will win is the last player standing, the usual. But there was one rule written that sort of bugged me.Bookmark here

'Killing a person is optional'Bookmark here

This is a battle royale. Killing is basically part of the game. so why would they make such a rule? Well, I guess that concerns me a little, but I've already prepared myself so...Bookmark here

"I understand. I agree to the terms of the contract." I grabbed the pen and signed it.Bookmark here

"Apologies, I forgot to ask but what is your name?" He asked me after I returned the paper and pen to him. I guess naming myself is required.Bookmark here

"Then, Judan-san, it's a pleasure working with you." He reached out his hand. I shook it. The contract was now in motion.Bookmark here

Just then, the doors of the casino opened loudly and someone came in. He was walking towards this table. He wore a long black coat, what seems to be a vest underneath, and black pants. Everyone, myself included, looked at him, wondering who he was. He didn't seem to care though, as he continued to walk towards us.Bookmark here

The co-owner sighed in frustration. Why though? Was he a frequent troublemaker? A famous player? I don't know. He soon reached the table and stood beside me. He didn't look at me at all when he was standing alongside me.Bookmark here

He suddenly looked beside him and we made eye contact. His deep blue eye was looking at my red ones. I said eye because his dark black hair was blocking his left one. He then looked at my dark brown hair, like he was inspecting me. A sweat dropped on my left cheek due to his intimidating glare. I was petrified and couldn't move.Bookmark here 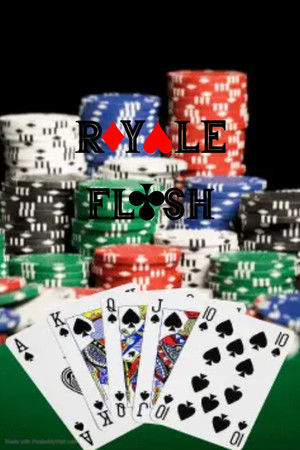