The Quiet Regret of One

That was the word I’ve never once wanted to associate with you of all people. If you were able to set aside the issues that involved myself, then I was contractually obligated to do the same for you, no? After all, it was that all over again—a wordless contract between you and I. An imitation of those days. A time when neither of us would see, hear, nor speak of any evils done unto each other. We found solace in abandoning those idled senses for a short and isolated moment. All alone, yet only when together

However, your further appearance after all of these years was unreservedly damning—to all involved. It truly would be a lie to suggest otherwise, but it wasn’t as if you and I ever made an attempt at clutching toward the ideology of a saint. We weren’t allowed that privilege to begin with. In fact, it would have certainly even worked against us.

But the thing is, you allowed for that curse to entrap you to this very day. And now, here you loosely stand by me once more, as I instead cling to you yet again.

As if it were just like old times, but perhaps maybe not.

“So, why? Why am I of all people being subjected to this by you now...?” I muttered faintly amid my fading stupor as my now open eyes were still blinded by something.

“Oh? You’re finally awake, Houjou? You’re going to be late if you don’t get moving soon,” grated the irksome voice that now met my ears, informing me on all I needed to know.

A silent, verbose soliloquy. The standard churning of exercise from the hamster in my head on another usual morning. And an unnatural, yet distinct odor that currently held my nose hostage. I became aware, while still lying down and filled with exactly that—my prior topic at hand—regret.

“I swear to whatever God has forsaken you, Kogumo—this better not be your foot on my face again,” I hissed toward the lingering figure above me.

A sudden twitch of the eclipsing presence over my face responded to that very valid concern before he did. There was no doubt in my mind now. It definitely was his foot. This fool was wiggling his damned, sock-covered toes in jest too. He’s lucky I didn’t have a pair of pliers near me—a mistake I wouldn’t make again.

“We tried to wake you, but you wouldn’t budge at all. I even had to pry Kaori out from your half-asleep, bear-like hug. I swear, only at a time like that do you have the grip of a grown man,” he snickered with an evident smug. At the very least, knowing him, I was certain of that despite my obscured vision.

So, that’s why I remember something brimming with warmth and a reason for continuing to live. What a heavenly dream. One that was snatched away by this poor-excuse for a roommate. Chaos incarnate, I tell you.

The bundle of idiocy now invading my personal space with his foot, was a childhood friend of mine—Kogumo Ren. One that, alongside his younger sister, Kaori, was currently living together with myself. In a small apartment, one with no separate rooms, yet had its own bath and barely any furniture.

“It’s weird. I was certain that we established the ‘Four Precepts of Conjoined Living’ for a reason. Kogumo, have you perhaps forgotten the number one rule of this household?” I demanded a correct answer from him, and only that. There wouldn’t be any mercy for those that did forget after all.

I swatted at his dangling leg as I was met with his questioning, hazel eyes now. He was looking down on me, maybe in more ways than intended. And as that thought crossed my mind, I took hold of his foot in a self-induced frustration.

“Hey, what are you doing—?!” he snapped with a sudden question, one that I wholeheartedly ignored and was followed by his just deserts.

A pleasing thud, and one that was very well-executed too. Kogumo’s back greeted the floor as I had swept at his other leg with my own feet. I honestly felt rather proud of my agile form and successful attempt at bringing him down to my level. His weak hold over his own high ground had led him to his demise.

This will show him not to step on me or ignore the household scriptures ever again.

“The number one rule, Kogumo! Recite it! Let me hear it, or else!” I commanded over the flailing fish of a man as I tightened my grasp upon his leg. I wasn’t well-versed in the ways of wrestling by any means, but this was personal. I was currently imbued with the spirit of a professional.

“The hell are you on about so early in the morning, Houjou?!” he grunted, playing the innocent victim. A standard tactic from the brazen man of a dishonorable nature.

In a fit of tussling, I now hovered over him as I prodded at his chest with my finger. Unlike the other two of this household, I took the self-created ‘Four Precepts of Conjoined Living’ rather seriously—especially the first one.

“The next time you steal Kaori from my sweet embrace, you better prepare yourself for an all-out war. You hear me, chump?” I threatened him in a gentle tone, since I wasn’t one for savagery, really.

Should that really be your priority right now? If you want to be late for school, then so be it, Houjou. Share in my truancy, you delinquent.” he groaned, attempting to squirm out from underneath me. I then pressed myself further onto him. He wasn’t getting away that easily.

“School?” I gave his comment some minor thought, as my eyes then immediately scanned the room for a particular something.

For the morning reckoning, my broken alarm clock that was some distance away. It displayed a number, sure, but the pathetic, little guy had been bullied into a quiet submission. Not by me though, since I wouldn’t ever do that. I do not condone any violence done unto a person, place or thing—whatsoever.

“It sure does, now can you get off of me...?” he mumbled, furthering his slight writhe of discomfort. He seemed to be feigning a drama queen even.

His gaze wasn’t meeting mine at all now as his unkempt, black hair attempted to hide his eyes. My main focus though, was on the sight of a face flushed in pure red. What a maiden, this guy.

“How blessed be you, Kogumo. Not everyone is fortunate enough to have such a young beauty lay over them so early in the morning.” I smirked and teased him, since it was actually rather rare to get a genuine reaction from Kogumo.

“And not everyone has to deal with your morning breath either," covering his nose now, he continued, "Misfortune; that’s what this really is. And since when were you such a narcissist?” the stabbing of his words were rather crossed and relentless.

What an asshole, this guy. An asshole-ish maiden. What a peculiar character he was, yet he was right. I reluctantly checked for myself against my own hand. It felt as if it were me who had been forsaken by God during this eventful morning.

Uwaaa. This has got to be some form of torture, all right.

“Blueberry? You’re still not dressed?! What have you two been doing this whole time while I was in the bathroom?” a young girl’s voice interrupted my internal dilemma. She was staring at us with a rather puzzled expression.

Blueberry, a pet nickname for me that came from the sole bundle of adorableness that blessed this Kogumo-haunted household—Kaori. Propelling myself off of Kogumo, I could hear a sudden grunt come from underneath me. That didn’t matter though, so ignore him. I leapt forth, with a desired embrace in mind to truly start my day. However, I then came to halt immediately.

“Not, I can’t!” I wailed from my soul at the bleak realization of what it meant to come in contact with Kaori currently. Reality was often cruel as it deprived me of my morning needs.

If there was one person in this household that didn’t deserve it, then that person was her and no one else.

“Don’t you move one millimeter, Kaori. Let me go brush first, then we’ll resume this, okay?” I reluctantly vowed in a muffled voice as I held my hand against my own mouth. I wouldn’t even allow a stray word to catch the wind. This was akin to ammunition of the highest potency—thus a safety was required.

“Resume what exactly...? Wait, no. I don’t want to hear it. Keep it to yourself,” her tone was disinterested, as she held her hands outward in apparent disapproval. As expected, she was playing it one way when it was definitely the other.

Shush. No one can convince me otherwise.

I gathered my routine items, readying myself for the start of a new school day. That included trying out a new perfume that was given to me by an acquaintance. I normally didn’t use any sprays, but I was curious as to how it would smell, to which Kogumo then felt as if he had to chime in.

“What exactly are you doing to your uniform?” his tone and expression both seemed rather depreciating, yet he rested his head against his own hand—lazily sitting down at our floor table.

“It’s a floral perfume that was given to me as a gift recently. Using a bit shouldn’t hurt, right? I am a girl, y’know,” I responded as I watched the way his brow wrinkled in a confused manner. It irked me a tad.

“I don’t think that has to be gender-specific, but well, I guess even you wouldn’t want to smell like you,” an evident taunt with his usual quips, smirk and all.

It seems Kogumo was truly raring to go head-to-head with me on this fine morning. If that was what he wanted, then so be it—I would happily oblige this idiot. And as I was readying to rise to the bait, someone interrupted the two of us again.

“Blueberry, seriously,” Kaori then tapped at the broken alarm clock that she was holding my way. “You’re going to be late.”

It was now 8:05, and I began rushing in accordance to the fact that I had, maybe, I don’t know—somewhere around negative five minutes or so left before I had to leave. Making my way to the door, I slipped on my shoes.

“Oh, right. I have work today after school so don’t worry about waiting for me to come home to make dinner, okay?” I said, turning toward the two siblings as they saw me off with their usual waves. They were remaining at home, as always, after all. “I’ll probably be back pretty late anyways.”

“We’ll make sure to have something put aside for you,” Kogumo promised while avoiding eye contact. Kaori, on the other hand, was nodding at me with a smile in agreement. How endearing.

“Thanks, I look forward to it then. I’ll see you two later,” I finally said my daily farewell as I headed out of the door for another day.

It was a morning ritual. Another morning farce in our teetering household. One that came with a price that we avoided speaking about. It was a faulty restoral, seemingly of the time from those days. And yet, now we had simply added one other to the airless haven. Toward a slow suffocation that would accompany the three of us, and everything we’ve dragged along thus far. 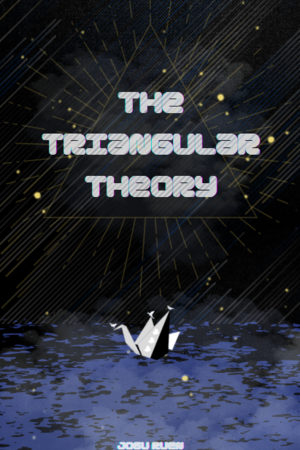