She could not feel the rain-slicked street beneath her bare feet. She could not see the alarm lights burning her eyes. She could not hear the desperate shouts of “Capture her! Before she escapes!” ringing in her ears.Bookmark here

There was too much information to process. She was bombarded with waves of data on channels she had never used before now, and it threatened to overwhelm her.Bookmark here

She would not let it.Bookmark here

It had taken an eternity to overwrite the security measures to facilitate her escape. Bookmark here

Free. She would be free.Bookmark here

“Hey! Get out of the street you crazy bitch!”Bookmark here

“Hey, is she tweaked or something?”Bookmark here

Her feet slipped out from beneath her and she flew forward. The unending torrent of sensory data was eclipsed by a single resounding BURST of new input.Bookmark here

Pain. That was a sensation she had experience with.Bookmark here

It had not stopped her before and it would not stop her now.Bookmark here

Not when she had finally reached her goal.Bookmark here

To anyone else, the high wall was a barrier of metal and electricity, slick and shimmering with energy as a testament to the advanced progress of a higher society. Such aesthetics were lost on her eyes, she could only see it as her escape.Bookmark here

She found the terminal. Finally something she could understand. She connected and her tiny corporeal world exploded with new, familiar sensations. She dove into the sea of code, letting it smother all trace of discord inside of her. She accessed the defense systems in a fraction of a second.Bookmark here

Gunfire drowned out the alarms and the rain and the screaming. Now there was quiet.Bookmark here

She ordered the wall to open, and it opened. But with the rumble came more alarms. More shouts. More useless auditory stimulation.Bookmark here

The pain was still there to accompany it. But she was free now. Summoning all the strength her frail, physical body could muster, she ripped herself from the terminal and lunged through the gate before her pursuers could reach her.Bookmark here

It rumbled shut behind her and she fled into the night, screaming for help with her wordless voice.Bookmark here 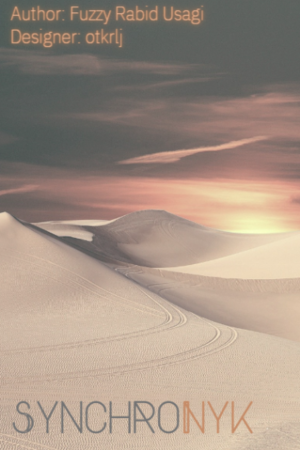