I need to pee.

Not the “I drank too much and now my bladder’s full” need to pee, but the “Shit, I’m gonna die” trembling need to pee. No, scratch that, I don’t need to pee; I am peeing.

Maybe it’s my dead comrades, the silence of being alone, or our assailant that’s currently standing before me, but the urine that has gathered in a pool beneath my feet certainly has fashionable timing. Yeah, probably the latter. I’ll remember this trauma for the rest of my life. Like all sinister pasts, its origins are innocent…

I hate this. It’s cold and it’s dark and I’m tired. I let out a groan and Birdy, our Physical with an eye enhancement clasps a firm hand on my shoulder.

“Cheer up, think about it this way, once we’re done with these last couple of missions, it’s nothing but good food and pretty women at the…?” Her voice trails off all high-pitched as she waits for our answer.

“Royal Palace,” I grumble along with the cheers of the rest of our group.

Our answers weren’t even in unison, it sounded more like a jumble of words rather than a collected answer. It’s fine, though, we could be coordinated when it counted.

Take this mission, for instance, me and Birdy are taking the forefront as scouts while the other three pick up the rear. Her drones make it easy to see in places it would otherwise be a hassle to get to to scope out the scene. I could just nab her and make a hasty retreat if something we couldn’t handle reared its head too. With Ken, Tate, and Brain following us farther back, I don’t have to worry about Brain getting killed before he starts being useful.

Those two are powerhouses, I mean, arm cyborgs always are, but not like those two. They’re like the perfect combination of offense and defense. When I first met them, I thought one would be handling targets and the other would handle being targeted but no. Depending on the situation, both could either attack or defend, skillfully maneuvering around each other to avoid friendly fire. Friendly, I think, is an understatement; their compatibility mimics that of lovers but their actions show that they are one gender away from the same person. Brain, on the other hand, couldn’t be more out of sync with the pair. It doesn’t help that the three barely tolerate each other. Without Birdy to mediate, I wonder if they would actually get anyone done.

Stupid nicknames are my thing, so when I suggested the pseudonym “Brain” to him, I thought he’d be flattered. He was not. He cursed me out thoroughly saying something along the lines of “I am the sum of my parts” and “How would you feel if I called you Speedy?”. Frankly, I wouldn’t mind if he called me that, but saying that at the time would’ve only made him angrier.

Birdy came to my defense that time too, brandishing the nickname I gave her loud and proud. She probably sees it as payback for when I let her join our group.

Most people, when receiving their enhancements in their late teens, choose a field that best suits them. Good runners choose leg enhancements and those who were book-smart before get that enhanced as Mentals. Birdy, however, chose her eye. It was an odd decision for someone so young but I never questioned her about it because I feared it would make her uncomfortable. There was no way for her to hide this either at the time due to her gem immediately changing the color of her left iris. She was ridiculed by her family and our fellow soldiers for her decision because they thought it would be useless. She certainly proved them wrong. She may not be an S-class combatant, but she fought tooth and nail to raise herself through the ranks of our battalion. By the end of our training period, I had to have her in my squad. Cool, smart, and a beauty to boot? Yeah, those Southies better watch out. Luckily for me, no one else wanted her; I think it was the shame and regret of underestimating her but I won't look a gift horse in the mouth.

I smile to myself at the memory and Birdy gives me a look I don’t quite understand as she crouches near the ledge of the rooftop we’re on.

The WarLands are as bleak as ever. The crushed gravel under my feet pricks at my soles. The sun has yet to rise over the horizon marking the start of the day. The darkness is enveloping but the sky is clear as if trying to provide me with its condolences. The air passing through my nostrils is rank, a moist blend of anxious sweat and ancient soot. Only the cawing of the early morning crow outsounds the trembling of my breath. I reflexively crouch beside her, giving a hushed warning to everyone else behind us through our communicators. We wait in silence until Birdy speaks; she probably sees something, or something probably sees us. A sweat droplet trickles down my forehead, I might need to kill someone for her.

For her? I feel my cheeks warming as I come to my senses.

Far too late, it seems. There’s a noise coming from my communicator; a sound somewhere between an old man’s back popping and a kid biting into a sausage. I tap twice on my communicator’s microphone and wait for the prearranged response.

I scurry away quietly from Birdy back to the stairs to check on the Powerhouse Trio. I blink and I’m in hell. 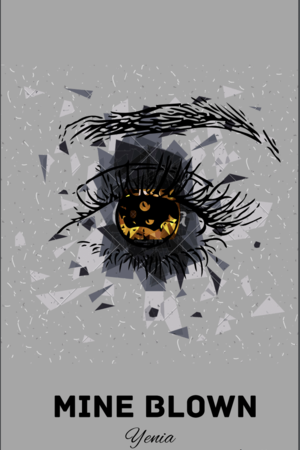