the story begins with four residents that reside on different planets around the galaxy of Andromeda.Bookmark here

The first is Cal Jarkye Memre, a former Arkomanan apprentice to Azzam Jharothapal, after his master died, he suffered for 15 years and tried his best to forget that dire event. Cal originated on the Planet of Zhanthal, a once peace full tribe that was wiped from existence, the only survivor was Cal and with no memory of what had happened and what he did, he would be found and taken in by Jharothapal. Cal's body had absorbed the souls of his lost brethren and is guided by a reaper named 'Macro' and he was gifted supernatural powers of the souls of the dead. Cal forgot that he had this power but time will tell when Macro will return and help Cal free him from his prison.Bookmark here

The second is Erin Me Cephalic, an only child of a single mother, he survived nearly 12 years alone but when the tragic rule that was implemented by a new company, he and many others retaliated, he was weak and defenceless, and his mother had no choice but to abandon him. He came across a tech girl named Missy Malatoz, the daughter of the world-renowned engineer Viktor Malatoz, he would later fall in love with Missy and help Viktor in ridding the company that help ruin the planet of Zyber. There is one mystery with Erin that he wishes not to speak of.Bookmark here

The third is Erika Astria Bellatrix, she is a renowned fighter and a devotee of destruction, she despises men as she sees them as desperate dogs who hunger for satisfaction. Before she even became a fighter, she too was a member of the Arkomanan but not as an apprentice but as a doctor to many of the soldiers of the Order, she was kind, a hero and a saviour of the soldiers but when the deadly purge invasion occurred, she watched as the world around her burned rapidly until she was left to defend herself, she suffered the losses of those she loved and cared for and as time went on she never was the same as she was before, as of this day she still never talks about her past.Bookmark here

The fourth is Azriel Quantyan, a former soldier who retired one year before the invasion, knowing about what happened, he sees the fall of the Order as a sign to find the chosen one who can restore the Order and be the next Grandmaster,  but time was not kind to Azriel as he spent nearly a decade looking for the chosen one that never existed, so he did the only thing he could think of... He froze himself in the deepening cold abyss of Anataila, hoping that whoever will find him, will be the one that can be either the chosen one or the 'Members of the Fallen'.Bookmark here

"The past is with us, even if we wish not to have it, and it stays there for a delicate reason."Bookmark here

"The world has changed these past years, the only thing that needs to not change... Is the strength within us."Bookmark here

"My heart hardened by that tragic night, but it doesn't mean that It can't be fixed."Bookmark here

"What makes a being is not by how they fight or speak, it is how they wish to cope with society."Bookmark here 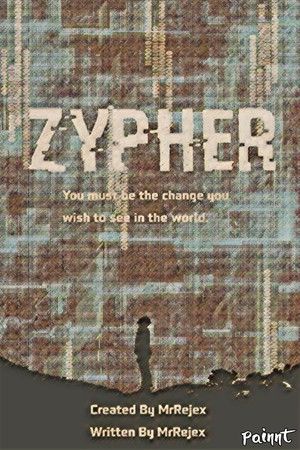