"Wake up," said Jabari the commander of the military. "We have a war to fight against Balisarda Sumernor."

"If we're going to win this war, someone is going to have to make the ultimate sacrifice and storm the Balisarda Sumernor base," said Jabari, the commander of the military.

An overwhelming sense of dread filled the air as the commander stared at his soldiers. The silence of the men overpowered the roar of the cannons and the screams of the now-fallen soldiers. A sacrifice was needed in order to breach the walls of Balisarda’s base, but nobody was brave enough to volunteer. The commander’s gaze fell on one, in particular, a large man wearing pitch-black armour, its weight slowly crushing the log he sat on. His sword, clearly well used, was short but sturdy and featured a large guard.

"You are different from everyone else here," said Jabari, the commander of the military. "Everyone here is proficient enough to fight in warfare, but you are distinct from everyone."

“stop pointing your finger at me,” said Mephistopheles

“I'm the leader here so consequently you have no authority,” said the leader of the military

“Just shut the fuck up, I’ll be your sacrifice,” said Mephistopheles loudly

Mephistopheles stepped off the log, his feet leaving imprints in the soft earth beneath him. Releasing his weight from the log, he walked out of the military camp, his footsteps echoing in the silence. His figure eventually merged with the darkness, leaving the camp behind.

Bismark prowled into the room. He bent down before Balisarda Sumernor, his hands resting on his knees. "My lord," he said, "I have returned from infiltrating the military camps. While there I discovered valuable information that I believe you should know."

While seated on his throne, Balisarda Sumernor asked, “what valuable information have you gained Bismark?”

"The army sent a large man in pitch-black armor who seems to be experienced in whacking a sword. There is no doubt that their sole goal is to infiltrate your base and kill the ranks from within to undermine your stability," Bismark said.

"So the dogs think that releasing a poor soul will help them win the war, but they are dullards because I have an army without rivalry consisting of One Hundred Thousand men, ten principal with their own special powers, and me Balisarda Sumernor, the pinnacle of the army who defeated the ultimate bloodshed user who duped the whole military. How much more will they sacrifice until they realize there is nothing they can do to stop my wrath?"

While hunched over on his knees, Bismark asked Balisarda Sumernor, "My lord, what precautions would you recommend to prevent the castle from being infiltrated by the man in pitch-black armor?"

While Balisarda Sumernor was seated on his throne with his right leg crossed over the other, he said," Bismark, contact Ahma and ask him to place my soldiers in a line around the courtyard and place a couple on the fortified wall. The number of soldiers is irrelevant, as long as they have a clear view of the area."

With a gentle breeze in the darkness intensifying into a rattling noise, the faint sounds of someone's heels striking the ground became more urgent, and the sound of someone exhaling heavy air with such ferocity seemed to chase after Mephistopheles.

Hearing Chris howl to him, beseeching for Mephistopheles to cease wandering merely so he conceivably ought a conversation with him, Mephistopheles is befuddled by his absurdity and figures to discontinue strolling intending to satisfy Chris's demands. "Whatever you wish to say, spew it out now," said Mephistopheles.

"How damn long must you sulk at me for?" Chris exclaimed madly. "I've had enough of your cold shoulder. I'd want to talk already, or are you just going to ignore me forever!?"

Chris looked at the man, the handle of a large sword poking out from over his shoulder, and couldn't help but wonder why he was walking so confidently to his death. "I have training in martial arts and can generate tremendous force with even the simplest of hand movements," Chris said. "But from what I can see, you're just a guy with a sword. So tell me, why are you walking to your death? Are you trying to be killed by Balisarda Sumernor? Surely you have some special technique or ability you're hiding?"

Mephistopheles replied, "I observe that you are sympathetic towards my current circumstance." "As you can see, I am only armed with a sword and attempting to gain entry into the Balisarda Sumernor base." I am seeking vengeance on the person who killed the most important person in history – the ultimate bloodshed user and probably the strongest man to have ever existed, even if that is a purely imaginable assumption. I don't possess an exceptional skill or talent, I just have a sword, so the odds are slim to defeat him, but I'm determined to try."

"I cannot understand why you are so optimistic," Chris said. "You are not even thinking of the possibility that you could be killed!"

"Perhaps your pain and suffering have blinded you from seeing that," Mephistopheles replied. "For if I were to die now, there would be no cause for me to continue fighting."

“What is it that you feel must be avenged?” Chris asked. “I have seen my share of great evil, and I truly believe there is no room for wickedness anymore. are you truly in need of vengeance?”

Mephistopheles expel a sigh staring Chris right in the eye “your ignorance is bliss, I seek revenge what is unfathomable to you, I observed Balisarda Sumernor slaughter my father when I was eight, in his last moments he gave me his sword bloodshed"

Chris took a step back in shock as he was blown out of the water by Mephistopheles. Chris felt enlightened after understanding the reasoning behind Mephistopheles' vendetta. Chris gathered his courage and asked Mephistopheles a question. "Wait, does that mean the ultimate bloodshed user is your father?" Chris asked nervously.

Mephistopheles looks down at Chris solemnly and answers him, "Yes, my father was the ultimate bloodshed user. He was a person who fought in many wars, interacted with every single figurehead of each race, the representative of humanity, accomplished tranquility for every race and reached the final stage of bloodshed."

Chris is shocked by what Mephistopheles knows and asks, "So why did Balisarda Sumernor kill the ultimate bloodshed user?"

"You mean…my father's right-hand men? …" Mephistopheles does not answer the question directly. Instead, he says an even more shocking thing to Chris, causing him to curl up in the fetal position in shock

"While I was at a convenience store I heard people talking about a war breaking out between the faction and military, no matter who won the world would inevitably be dismantled by this conflict. since I was a naive child, I went to the area the war was happening As the faction and military approached one other, my father intervene with them both, telling them to cease engagement and that this war would not be the solution, however, they couldn’t care less what my father said, unexpectedly Balisarda Sumernor came flying from the sky landing behind my father with no hesitation proceed to plug a fire sword straight through my father guts, as I arrived where the war was happening I saw my dad being pricked by a sword through his body, but on the verged of death my father threw his sword bloodshed right next to me, I grab bloodshed and ran away" explained Mephistopheles 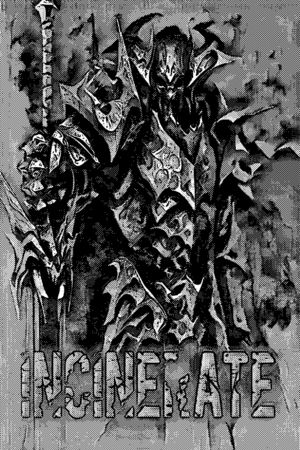