#Day 1 - On A VIOLET Twilight Hour, I Started Guiding Myself.

The next day, after the school, I went to that hallroom building. I waited for her, the girl whose name I don't even know, in front of that building. After a few minutes, I saw her coming. Not coming, she was running towards me; as if somebody was chasing her.

She came and stopped in front of me, breathing heavily. I asked,"What happened? Is everything alright?". Using her hand gesture, she told me to wait for her reply. She looked behind herself and tried to see as farthest as she could. Then she held my hand and quickly took me inside the building.

While moving through the corridor, she answered with a relieved look," I just bunked my badminton class, you know. I thought I was spotted by my coach. That's the reason I was running. But I think I was wrong."

- " You bunked your badminton class to take guidance from me??!! To be honest, I didn't expect that you would really come today."

- "But I told yesterday about it, Senior."

- " But still you came and waited for me. That signifies that you wanted me to come today, huh?".

I went speechless. She is very good with her choice of words. Anyways, I asked her," May I know your name please?". She replied teasingly," You surely know how to change the topic! Anyways, my name is Aisha Thakur. I am in class 10 now."

- "Ok. For how many years how you practicing badminton?"

- " Really? That means it took you only 5 years of practice to reach at this level? That's impressive!"

- " Thank you, Senior. But I think I am still not fit enough to win the final. And my coach trying to change my whole gameplan, which I was using for so many years."

- " Ok so, first of all, changing the gameplan is not a bad idea at all. Especially, if you were using the same gameplan for the past 5 years, then I think a new gameplan is needed for you to beat your opponent."

- " But I have only seven days left. How can I change it within these time. Changing the gameplan means I would also have to change my technique of playing it."

- " I am coming to that part. Secondly, I have never coached anyone before. So, I have zero experience in it. But if you still insist, I will do it. But kindly don't bunk your badminton classes."

- "Then you have to come and guide me there along with Prakash sir."

This Prakash sir used to coach me once. He had a lot of trust and faith in me. Therefore, I agreed. It seemed like Aisha was overjoyed. She asked me," Ok so, how are we gonna start our practice today?"

I thought for a moment. Then I said," I think it would be easier to change a gameplan if we could just go through the basics."

- " I don't think so, because there are only 7 basic fundamentals of badminton:- Grip, Stance, Footwork, Serve, Smash, Drop shot and, last but not the least, Clear or Lob. We could start with the grip and stance today."

I asked her to show me, her general stance and how she grips the badminton racket. To be honest, there was not much difference between my grip and hers. Also there was a very minimal difference between her stance and mine. If this was some kind of fantasy world, I am sure this would have been called "Destined Love". But in this harsh reality, I can think of it as nothing else but just a mere coincidence.

She suddenly spoke out, "Senior, you have still not answered one of my questions."

- " How can I change my gameplan and succeed without changing the technique."

- " That's as easy as playing jumbled words. A big gameplan consists of many small gameplans. Just interchange some of the timings and orders. That's it. You are just using your old technique in a new way."

- " Sounds interesting. Would you teach me that too?"

Then, I made her practice just with the grip and the stance, in a new way, a new order but using that same old technique that she uses. After about half an hour of practice, she thanked me and went home. It was also getting dark, so I just thought of taking a short cut way.

As I was walking on my way back home, I thought about today's practice. It seemed like I was guiding own self today. She and I had so many things in common, in terms of badminton. It made me remember about my past, when I used to practice them.

For the first time, I felt a positive sensation by thinking about my past days after quiting badminton. I looked up at the sky. It was violet, just that moment before full night sky; it was the twilight period. Never in my life had I saw such a beautiful twilight sky as this violet one, I bet! 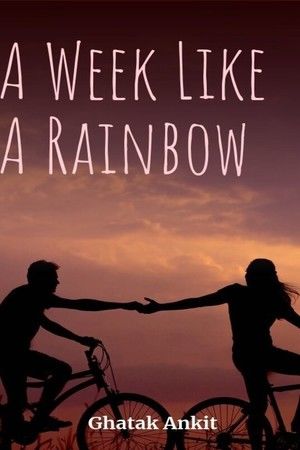