NOTE: his is novel is one I hold dear to me. It's one of my first books I really started writing seriously. I am currently working towards it completion for publication but that is an ongoing process. Be forewarned, this book is very historical fiction like and the romance is a slow burn. Not everyone will like it, but I hope at least some can enjoy it. <3

There was a foul stench in the frigid night air; a horrid, gnarly, smoldering odor abounded with a burning sizzle of torch fire and forest smog.

It was a night unwelcoming of the twinkle of stars or any wandering visitors.

It was a night most cavernous and most shrouded in darkness.

The black sky blanketed the landscape, shrouding the tall spiked trees, patches of rustling bushes, and the creeping of lurking nocturnal creatures. Only a sliver of grey moonlight tried to brighten the somber black and blue lands.

But such feeble light was not enough, and for her, it could never be enough.

The night was long and smothering, endlessly growing like a hungry beast, claws out and mouth wide. It was ready to consume everything in the darkness. And on such darkest nights, its appetite was insatiable... unstoppable.

Running seemed futile, yet the desperate woman running in the night's stomach sought escape. Frantic and dancing on a knife's edge, she ran as fast as she could. She dashed, she sprinted, she trembled, and fell. Spoiled earth flung up around her and jagged rocks cut her cheeks. For a moment forever stunted, she winced. The pain was sharp and deep, like a blade twisted in her back or a bludgeon by a bloodthirsty maniac.

She thought once about stopping, ending what had been started. But she refused the thought, standing on teetering legs and running on pounding feet.

To any onlooker, she might've appeared like a sprinting specter of the night. She was ghastly looking and ghostly fairing. Darkness crawled along the bends and folds of her ripped satin blue gown, and the speed of her flailing limbs moved so fervently she appeared to float on the damp sodded. She moved sporadically, drumming her feet and thrashing her arms.

With every crack and whip of her neck, she pushed onwards into the moving shadows and growing trees. Trailing behind her was a tail of splattering leaves and splintered twigs. Dirt sludge rammed between her blistering feet and thick fog air forced its way into her heaving lungs. Under her frantic stomps, the muddied earth scattered, the pitter-patter of her heart hammering against her ribcage.

She was in flight, melding into the night, and she hoped with all her might, that she might make it before he caught her.

She pressed onwards, aware of the crimson blood dyeing her garment and staining her skin. There was dried blood on her hands and face, her beads of sweat mixing with the crust allowing a rustic taste to seep into her lips.

Pain. There was an indescribable pain ruminating throughout her shivering body, but she did not attempt to slow her speed. She couldn't stop. She had to run deeper into the thick black forest---for it was a matter of life and death.

With every glance into the sky, she could vaguely see the trail of smoke clouding up.

Faster, faster, faster. She had to be faster than the distant encroachment seeking her. Even as she picked up speed, she could still smell the scent of burning torches. Increasing her panic, she was was sure she could still them; the sounds of carnal howling from search dogs, the thunder of galloping horses, the jingle and shrill of the metal of the saddles, and the shouts of yelling men in the distance. The shrieking cries beckoned and demanded that the hairs on her neck stand upright, for they were calling her, and mandating her return.

But she refused to stop.

She needed to make the night count no matter the consequences or the mortal threat.

She had to flee from them and him.

Among the tornado of screaming haunting voices that echoed through the night, there was one she could recognize above all the others; 'Darling!' Sweetly was the word, but not the tone. It seemed no matter how far she ran, she still heard it and felt its constrictive hold. Even if she ran faster and further, his voice refused to leave her, and she had the fear that it might never.

What other was to be done? Nothing, she was certain. Nothing except to pound her feet. After all, there were secrets meant to be spoken, and truths meant to be broken.

So, she ran. She had to run. She had to. She continued like such, running and sprinting with blood and mud on her feet until the only thing left pursuing her was the death of night.

Before, she was afraid.

Before, she wouldn't have run.

Before, she wouldn't ever have.

There was no more before. Only now, and only now did she accept the blood dripping down her leg, the burning hellfire in her chest, and the wrath of consequences that waited for her. Eventually, her time would be up. Her fate was unavoidable, even as she scrambled away.

Only when the seconds had faded into minutes and the minutes into hours did her bloodied feet hesitate and her heavy eyes precipitate at the familiar sight. Before her was the towering height of metal gates illuminated solely by torch sticks.

"Who is there? This is a private estate." A man brandishing polished armory, a sword, and a torch came out from the shadows, the sound of footsteps alerting him. He stood on the other side of the large gate, looking around as the obscured silhouette of a bleeding woman drew closer.

He brought the light of the torch towards her, revealing the distraught and frazzled appearance of the woman. In his widening eyes, he took sight of her; dark red blood seeped through the fabric of her ripped garments and gushed down her legs and arms. She was barefoot, with a deranged look boiling in her cloudy eyes. She strained for breath and in her bloodied fist she held a single statin purple pouch.

"Let me in," she said in a weary whisper, placing her shaking freehand on the gate.

"My royal highness," he replied, slightly retreating. "Why are you here?" He swallowed, looking around anxiously. "Is the royal prince not with you?"

"But Lord and Lady Sutherton will not be wake at this hour."

He only needed to look at the simmering determination in her weary eyes before he caved.

"Yes, my highness." Without another word, the man glanced to the watchtowers and performed a signal to his far-off brethren. Fractions of a second had passed when the iron gate crept open, allowing her to rush past, fleeing forward with the draft of air.

Again, she took to running until she reached a place that brought a fragile smile to her worn face. In front of her were two wide, pearl white, magnificent arch doors. She raised her bruised hands.

With every step she took, she was certain that her tomorrow slipped away. What meaning had she owned before? Such answers she no longer had.

But no more again. No more. She was going to make sure that everything ended, and everything began.

A drizzle of blood fell from her arm and crashed to the ground as she raised her hand higher, and without hesitation, she knocked on the doors. 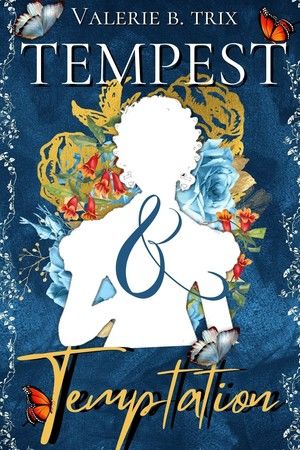