[...] : Hey! Wake up! Hey You!, we're escaping here, the imperial army may starts attacking by any chance the soldier might go outside and this is our chance .

[...] : *sobs whats the plan?, Even if we got to outside camp were not getting escaped from the rain of a bullets and bomb you know? .

....... The prisoner thinking of how to get out and escape from gigantic explosions and thousand of bullets raining from the sky .

[Sergeant Hiro] : Do it land it on the middle of the camp.

....... The two prisoner thinking quietly when the bomb strikes into the middle area of the camp.

............ The prisoner one looks at  his feet getting pummeled down and he has to cutted it or else they will get spotted.

[Prisoner 2] : Dont worry! Hang on we need to cut your leg there isnt time bro.

[Prisoner 2] : We dont have a time in any minute there is possibility that they will nuke this place.

[Sergeant Hiro] : Goodwork lieutenant! Now as for sure grab the 1,000 meter nuke

[Lieutenant] : Isnt that a bit harsh? They might get safe from that explosion but we know that they're gonna kill their selves cuz of the loss of blood or getting their eye's gouge?

[Sergeant Hiro] : What the fuck are you saying erwin?

[Lieutenant Erwin] : Sorry that was a strange thing to ask, anyway I'll gonna commencing the final nuke so that i can drink many booze and enjoy many girls! Yahooooo!

[Prisoner 2] : There isn't time! Motherfucker! Cut through your legs were gonna fucked here!, you have a family right? I used to see you having a visitor a tall blonde women that is pregnant and a beautiful child, YOU WANT THEM TO SUFFER? MOTHERFUCKER?!?!.

......... Crying and bearing the pain while his feet getting cut to escape from the shambles camp.

[Prisoner 2] : Carry on! We can escape here old man, you can meet your family again, anyway whats your name?.

... The old man speaking while coughing blood and bearing pain from the wound he got.

[Prisoner 2] : I'm Rui Tachibana, i got here because im a soldier from the united kingdom.

[Prisoner Sinjou] : Die! Die! Die! All of you uk army are the scum

A shot from the sniper in west strikes into sinjou's head

[...] : Rui Tachibana!!, It's been so long since you got captured but now were putting dots to it.

[...] : Yeah, were putting you now out of your misery rui, the prince of United Kingdom.

[Gen. Mckinley] : Now stand up there!

[Kairo] : Oh! Me? I'm Kairo Hanegara, Member of Special Forces of Imperial Kingdom. The other words [The Progenitor].

....... The United Kingdom Army shocked from the enemy they fighting, thousand of daimidaler bots gathered across "The Progenitor".

[Rui] : But this army was my alliance!

[Kairo] : The Old United Kingdom doesn't exist now,its taken over a 10 year ago after you got taken here as a hostage and that ugly hag is after you so that they can kill you.

Rui shocked about the info he heard and starts running while crying.

[Gen. Mckinley] : Commencing attack! Waste your bullet now!, now that you ask me that "Progenitor" has some high value if i kill that.

Gen. Mckinley enrage at Kairo and shoots him a High Pressure Bullet

[Gen. Mckinley] : I wont stop until i kill you imperial puppy!, take this [rail gun..... Armageddon!]

[Gen. Mckinley] : What're you doin now! Imperial soldier! You want my railgun so bad that you run towards!

[Kairo] : This is settled you fought well general

Kairo smug while pointing the pistol to General Mckinley

[Kairo] : Then its farewell now, remember my name because i will takeover the hell!.

[Kairo] : Kairo Hanegara Is my name its nice to have a great battle with a rusted general

A gunshot were heard. 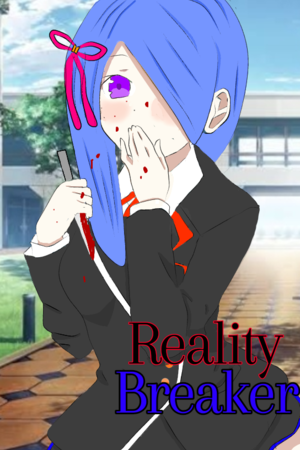