From the dust of the ground

The entity opened its eyes and saw for the first time. No that wasn’t quite right, its eyes weren’t closed it just couldn’t see. It tried to rub its eyes but couldn’t move its hands.Bookmark here

It had no hands.Bookmark here

The entity tried to inhale.Bookmark here

It had no mouth.Bookmark here

This should have caused it to shock the entity knew from memory, or maybe instinct, but the shock never came. Neither did calm, instead, a sense of dreadful apathy it lacked the motivation to dread. Bookmark here

“What do you see?” A soft, harmonious voice asked.Bookmark here

The entity turned to see a humanoid figure without any discernible features like a mouth, eyes, or ears. The entity felt compelled to answer ‘I see a garden, but I have no way to tell you but was not expecting the voice to reply,Bookmark here

“Good, your sight is functional. In here you need no physical body to be heard by me.”Bookmark here

The entity acknowledged this information as the voice carried on.Bookmark here

“Your name is Adam.”Bookmark here

“And soon you will be given a body.”Bookmark here

“A man will ask you some questions, all you need to do is answer them”Bookmark here

“Are you ready to go?”Bookmark here

After a series of pandemics towards the end of the 21’st century, the human population fell for the first time in recorded history, and humanity united in the development of medicine. After mastering the land and seas, humanity set out to master their bodies, stripping them down, cataloging them, and perfecting their maintenance. Dr. Michael Wilson had heard the speech hundreds of times as it played on the TVs lining the walls of the lobby of Humane Testing Laboratory. At least he was only subjected to it as he arrived and left, he didn't think he could handle hearing it for 8 hours straight like the security guards and receptionists. Michael held his badge up to the reader on the door and scanned his thumb, smiling at the receptionist as he entered the labs. The smile was forced but it was a matter of courtesy. Michael checked his watch. 5:59 am coffee time by his reckoning as he headed into the break room where his lab assistant, who had probably been here for an hour already, sat. Michael poured his coffee in silence but could feel eyes on him, waiting hopefully for him to initiate a conversation. Michael sighed quietly, Bookmark here

“Yeah, I'm doing good, just finished setting up the lab for today’s tests…actually, I'm about to. I just got in as well.” Bookmark here

This had been their routine for the last couple of days. Michael still wasn't sure why Alex lied about when he arrived but the kid was weird, and given it was his first job out of university and at a very prestigious lab, it makes sense he’d be a bit awkward at first. Though 4 months in you would expect him to at least be able to speak freely. Michael smiled, leading the way to their lab,Bookmark here

As they entered the room, Michael’s face curled in disgust at a horrific sight he saw through the glass wall that split the lab in half. Two bodies lay before them, one was tall with blonde almost white hair, laying peacefully as if asleep. What would otherwise be completely normal other than a small metal bar that ran along its temple. The other was rotten, decayed, cheeks hollowed in, clumps of hair lay on the gurney, and golden streak-like tears coming out of his crusted, bloodshot eyes. The skin had become green with darker spots around the fingers and toes that looked as though they were barely attached. Bookmark here

Alex ran to his desk pulling out a tablet and began frantically tapping. Bookmark here

“Both of them were exposed to the pathogen 9 hours ago. The cadaver on the right received our treatment and the one on the left was a control”. Bookmark here

Michael tapped the glass wall as it lit up with a host of diagnostic information about the cadavers in front of them. Heart rate, blood pressure, blood PH, every detail available. Michael frowned, “I'd sure hope it wasn't our cure that did this, unsurprisingly the control cadaver is dead, has been for about an hour, and going off of a blood sample taken by AMI, our treatment has made the virus go completely dormant”.Bookmark here

Alex chuckled, “the cadaver is dead, good one”, then paused, “so… what's the story behind the name ‘cadaver’ anyway? they're not actually dead, well, not when we get them at least”. Bookmark here

“It's just slang really, ‘cadavers’, ‘cads’, it felt wrong to call them patients considering what we use them for and ‘clone’ is overused, so they just ended up being called ‘cadavers’. I think it's a legal definition.” Michael said, still staring at the body. Maybe it was a trick of the light, but he could swear the body was decaying as he watched. Bookmark here

“Ok right, yeah, that makes sense”, Alex said, pausing to think before asking, “but like, aren't they alive?” Bookmark here

“No” Michael almost snapped, “physically they might be alive, but there's nothing up here”, he said tapping the side of his head. “Legally, they are braindead, but medically there's enough brain function for the body to operate naturally without life support, but they're not alive. What we do is no different than operating on a cadaver, so yeah”. Bookmark here

Michael pulled his eyes away from the disheveled corpse to see Alex frantically writing notes on what he'd just heard. “Alright Alex, it's 6 am, we need to run a full suite of blood tests on both subjects and pull up the logs on all their vitals for comparison. I’ll start imaging the virus and its effects on the cells, if we're quick, we can wrap up the testing today”. Michael grinned, throughout their time working together Alex would never go more than a couple of days without asking when they would get to do the final step in the testing, the AI, and Michael was hoping that motivation would let Alex wrap this up in no time.Bookmark here

The specifics of how Alex got his job at Humane Testing Labs were still a mystery to Michael. Alex was a competent, yet unexceptional student that had obtained a role many experienced doctors and scientists would fight to get. The lab they were in was standard in the facility, but world-class anywhere else. The white floor tiles contained dozens of sensors and actuators that can be used to configure the layout of the room at a whim. The plain, white walls were high-definition screens. Alex had no special awards or accomplishments or any extra qualifications to explain his entry at such a young age, which led to only one real conclusion. Connections. It wasn't the boy's fault, but the realisation was crushing to Michael. Rich parents boasting their wealth and influence to unlock doors blocked by requirements like “experience” or “credibility” was a method so widespread it might as well be a valid method of seeking employment. Michael wasn't upset at the inequality or unfairness, it was the fact Alex was assigned to him. Kids given jobs like a Christmas present weren't assigned important tasks, they weren't put on teams that win millennium awards or change human history. They were dumped out of the way, somewhere they won't make a mess, and given meaningless work that produces meaningless results no one will notice even if you succeed. It meant his career was dead. In the eyes of his superiors he was washed up, used up, and he had nothing left to contribute to the field of medicine, except to babysit this brat and keep him out of the way of the people doing real work. Bookmark here

Michael had seen this happen to his superiors in the past but didn't expect to meet this fate himself, though as he noted the stark contrast between the disheveled corpse, tarnished and disfigured seemingly rotting before his eyes, and the healthy, vibrant twin that lay next to him, he couldn't help but feel his chest swell with pride. “One of the deadliest viruses ever discovered, and I… no, WE cured it” Michael said, turning to Alex who had stopped writing and was absorbing the magnitude of the moment. “Feels good doesn't it” Michael said, breaking out in a massive grin. It had been too long since he smiled this wide. Alex’s face locked in a stunned expression suddenly snapped into one of excitement.Bookmark here

“So all the tests came back positive?” he asked, turning to Michael who nodded. “Does that mean we get to use the AI?”, Alex exclaimed.Bookmark here

Michael began quickly tapping on the glass. “Yes Alex, according to all our tests this cadaver is physically in perfect health, time to make sure nothing broke up here” Michael replied, highlighting the cured cadaver and preparing it for possession. Bookmark here

“Please provide a compatible AI” flashed on the screen.Bookmark here

Alex darted across the room, bringing back a cylinder with a handle on top similar to a fire extinguisher with the word “SPECTRE” written on the side, and placed it onto a small black tile on the floor. Indicator lights flashed to life and the device spun and jerked into alignment, submerging halfway into the floor. The display on the glass wall changed with a list of instructions.Bookmark here

“Place your hand on the glass”Bookmark here

Michael typed in his 15-digit code, placing his hand on the glass after, and waited for his fingerprints and face to be scanned and verified as Alex stood waiting with bated breath. A moment later, the device submerged further and began to hum as the lights in the room dimmed, and the harsh, cool white was replaced with a dim, red glow. Bookmark here

“This body has barely opened its eyes. If the lights are on full, it could overload the AI’s senses”, Michael explained in a quiet voice. Bookmark here

A mechanical arm unraveled from the ceiling and plugged into the bar on the healthy cadaver's temple, and hundreds of connected fibre optic cables flashed with light as the contents of the Spectre unit transferred into the brain of the cadaver. As the process continued, a ring of lights began filling in on top of the Spectre unit as Michael and Alex waited in anticipation.Bookmark here 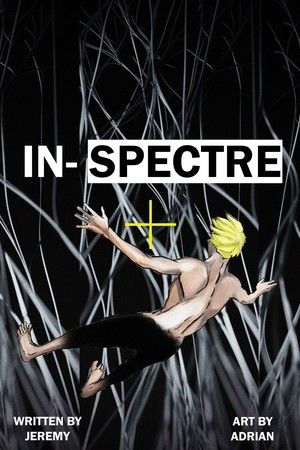