In a world completely different from ours, mankind was ruled by dragons where people were held captive. But in one part of the world some of them have managed to form a barrier and keep dragons at a distance, but unfortunately their power decreases more and the barrier weakens. Bookmark here

People there set up an academy to destroy all dragons and protect the world, and a 17-year-old girl named Sakura was to be transferred to that academy, but before that she was going to have a dream. Bookmark here

"Get up! Get up! Get up! Can't you hear me?" said a frightened boy's voice. Sakura wakes up scared and in front of her she sees her little sister saying "Wake up sister!" Her younger sister is frightened when she sees Sakura startle and asks her if she is feeling well, Sakura replies "Yes, I'm fine, I just had a little nightmare again." Bookmark here

Then her little sister leaves the room saying, "Don't stay too long or you'll be late." Sakura gets out of bed and prepares to go to school, but she can't forget the dream she had and keeps asking herself, "What was that voice?" She goes downstairs and has breakfast and leaves for school. On the way to school Sakura meets her friend Kyoko, they reach the bridge, Sakura talking and laughing with her friend about what they did at school yesterday sees a black figure in front of her who said something but could not hear. Bookmark here

Sakura is stunned when she sees it, but her friend Kyoko starts yelling at her and moving her, the shadow slowly disappears and Sakura begins to understand what he is saying, and at last she realizes that she heard "Can you hear me?" , after that she recovers and falls to her knees with a pale face. Kyouka asks her Bookmark here

"Sakura are you okay ?! Oi! Sakura, are you okay? Answer me!" Then Sakura winces and says, "I'm fine, I'm sorry." After that they continued on their way to school and going to class.Bookmark here 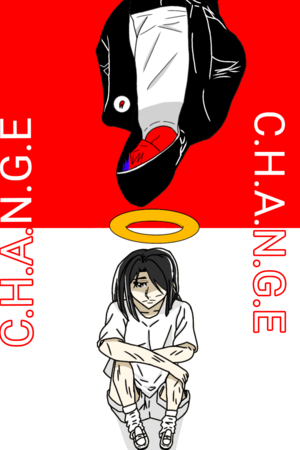