“I think six hours should do how about you quit moping and let’s get some more hours in? Cause I’m about ready for some more.” Moto said with an eager smile.Bookmark here

Kira practically jumped up from the ground and stood ready. If you hadn’t seen him sleeping it would have been impossible to guess he had been asleep less than a minute before.Bookmark here

He hadn’t even given a reply before charging in at Moto for an attack. His fist and feet moved at a much higher speed than before, displaying the massive growth he had undergone.Bookmark here

It had been over a week since Moto showed Kira how to use mana more effectively and his growth improved drastically. He had learnt how to adapt to the speeds and new abilities his body displayed.Bookmark here

“Come on~ at this rate you wouldn’t be able to take out a single demon out there!” Moto taunted.Bookmark here

Kiramaru stayed focused and continued with his flurry of punches while mixing in a few kicks and leg strikes.Bookmark here

He made sure to keep all of his moves sharp and precise because he knew if he went wide or slow, he would be eating dirt a moment later.Bookmark here

Kira burst forward and drove a fist into Moto’s stomach causing him to be thrown off balance and shot back.Bookmark here

“Tch! Fine then if you want to be serious about it then I’ll stop whining!” Moto said nervously.Bookmark here

No matter how intense the situation, Moto remained comedic and high spirited. The complete opposite of Kira. Bookmark here

The red in Kiramaru's eyes began to flicker and glow slightly like a fading candle.Bookmark here

“Well how about that…you landed a hit.” He said in disbelief while pressing against his chest.Bookmark here

Moto patted down on the burnt clothes while sighing. He then casually strolled over to Kira and placed his hand on his chest.Bookmark here

“Hey- What is it, you’re really close all of a sudden?” Kira asked.Bookmark here

“Make fire. It doesn’t have to be anywhere specific, just release it all.” Moto said earnestly.Bookmark here

‘He seems different, did I do something wrong again?’ Kira wondered.Bookmark here

His flames released out into a beam of fire that soon towered up from where Kira stood. Moto’s hand became a focus point where all of the flames directed.Bookmark here

All the fire had been sucked into his palm and swirled around it like a vortex of flames on Kira's chest. He pulled his hand away slowly and grabbed onto the flames as if it were a tangible object.Bookmark here

“What is this- what are you doing?”Bookmark here

The flames that he had grabbed from Kira took the shape of a sharp katana, pitch black and baring no symbols.Bookmark here

The further he pulled it out, the more the sword took shape and began to manifest into a real sword. It was now covered with a white hilt and solid black sheath, wrapped in material similar to Moto's clothes. Bookmark here

“Did you already forget what I am boy? I am the deity of blades remember.” Moto said as he held the sword to Kira.Bookmark here

He tossed it into the air for Kira to catch, landing swiftly into his hand. Kira examined the blade with bewilderment while knocking against it with his knuckles to test its solidity.Bookmark here

“Is this supposed to be for me?” Kira asked.Bookmark here

Moto seemed slightly underwhelmed by Kiramaru's response and simply sighed as he summoned a sword of his own.Bookmark here

Within seconds Moto was holding a sword of his own.Bookmark here

“That is a sword made from your own mana; I have no control over it whatsoever. It will react to your powers and state-of-being so take care of it.” Moto replied.Bookmark here

A slight bit of excitement surged across Kira's face after he heard that. He held it up at a horizontal angle and began to pull it from the sheath.Bookmark here

“It feels familiar; I can’t wait to test it out.” Kira said excitedly.Bookmark here

Moto struck Kiramaru with his sword, aiming for his neck but was impulsively blocked by Kiramaru's sword.Bookmark here

Kira had accepted that this was normal for Moto by now; he had always prepared attacks for Kira when he wasn’t ready. It was Moto's way of making sure he would be ready for surprises as well as train Kira to be quicker on his feet.Bookmark here

The two begun their fight but had now incorporated swords, making it especially unfamiliar to Kira as he had been fighting barehanded up till that point.Bookmark here

Every second that Kira would retreat back, Moto rushed in with his broadsword and struck ferociously. His attacks were elegant but carried an almost brutish strength behind every strike.Bookmark here

'This is to be expected, he has never used a sword before. There is no trace of footwork or thought behind his movements.' Moto thought.Bookmark here

“What’s wrong I know the sword isn't too heavy, you tired or something?” Moto asked curiously.Bookmark here

Moto continued his unremitting wave of slices and stabs while talking,Bookmark here

Kiramaru barely blocked each of Moto's attacks, and was ultimately pushed back by the pressure of his sword swings.Bookmark here

Kira followed the motions and adjusted his sword to match the attacks, preforming them as Moto did.Bookmark here

“It stopped you didn’t it?” Kira smiled as he held his sword towards Moto.Bookmark here

‘He is right though, it feels a bit embarrassing to fight like this…can it even be called fighting if my goal is to keep him at bay?’Bookmark here

Moto smiled with an eager expression and charged in with his sword dragged against the floor.Bookmark here

He began displaying a different sword style than before and took Kira by surprise,Bookmark here

He unleashed a faster barrage of erratic movements that Kira couldn’t see through, but was able to keep up with.Bookmark here

He had only witnessed Moto for a short while but he had spent months training against swords and displayed the same swordsmanship that they did.Bookmark here

‘I know the timing of each attack, the angles they would come from and the pressure behind every movement. Each of those factors was drilled into my head from months of hell training.’ Kira thought as he parried Moto's sword.Bookmark here

Kira slid his foot forward and brought his sword toward Moto's rib for a single slice backed with all of his strength. Moto noticed the sword and wasn’t able to react in time and simply displayed an excited look.Bookmark here

A small sword made of silver had been created from a flashing gold light and stopped Kira's blade before it could cut Moto.Bookmark here

Moto sighed with relief as he looked towards a disappointed Kira,Bookmark here

“Well done, but that’s as far as you can go.”Bookmark here 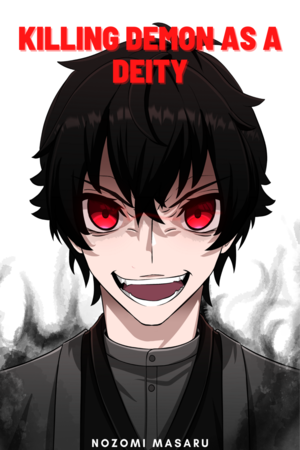