On the way to Wark's room, Beat thought about all the things Wark had thrown in his face the day before. Allegedly, he was escaping into a fantasy where people simply believed he was great… that's at least what Wark had said to him. But Wark was wrong.

Waisie liked him because he gave her love, attention, and comfort. And the fact that girls in real life didn't appreciate these gestures was due to a defect in their brains. All that anime and game developers did, was designing girls without that defect. And all that Keiichi did, was taking these girls out of the virtual space, into the three-dimensional space. Why was that a problem? Why didn't Wark think that was good? Wark was just stupid in his eyes. Despite all this, for some reason he thirsted for Wark's blessing for the whole project.

Beat put the key in the lock and opened the door.

Wark was already awake, lying on the bed and staring at the ceiling.

Wark turned his head toward him and greeted him back.

Beat placed a tray with food on Wark's bed. Unlike the other prisoners, who had to live on dry bread and convenience foods, Wark had the luxury of getting rolls with butter, jam, ham, cheese, and a glass of milk for breakfast. Wark thanked Beat and started eating.

"I'm sorry I made you so mad yesterday”, Wark opened the conversation "I didn't mean to upset you."

"It's okay", Beat answered "We just have different opinions I guess."

Then a short moment of silence followed.

"Tell me Beat", Wark eventually continued "May I know what you guys are actually planning long term? What are you going to do with the anime dolls after you brought them to life? And what will happen to me and all the others who refuse to join you?"

Beat expressed a nervous laugh. After the discussion with Keiichi, he had sincerely hoped that Wark would ask anything but that. Wark would probably think he was an idiot if he told him what plans Landini seemed to pursue.

"We will get together with the girls and then take them home. Afterwards, we will destroy all evidence and then you will be released", Beat lied. He placated himself by telling himself that he had hoped it would turn out that way. In that sense, it wasn't really a lie, right?

"And you're still sure that you want Waisie to be brought to life?"

"I see", Wark said pensively, taking a bite of his roll. Then there was another brief moment of silence between the two.

"Wark, I want you to tell me that I do the right thing", Beat shouted all of a sudden.

Wark looked at him pityingly. "I can't do that. First of all, I generally wonder how good it is to experiment around with such things." His dream came into his head again and he felt a shiver running down his spine. "Second, even if the experiment goes flawlessly from a technical point of view, I don't think everything will be as you expect it to be. As I said before, once fantasy becomes reality, it will adapt to reality. It will adapt to the very reality that despairs you day after day."

Beat had hoped that Wark had perhaps changed his mind in the meantime. But sadly, that didn't seem to be the case.

Beat could feel his doubts growing stronger. Why did he let Wark influence him like this?

"What's the alternative, Wark?" Beat asked saddened "Am I supposed to become like Glenn? Should I work out every day and start bullying people? Or how else do you think I'll ever get a girlfriend? How is someone like me, whose positive qualities are not appreciated by anyone, supposed to get recognition in general?"

Wark looked at the ceiling and thought for some time. Then he said "You know, at first, I totally disliked Glenn too. He only talked about working out and becoming an alpha male. I wondered how a person who thinks so primitively can be popular with girls. But you know what I noticed then? Glenn doesn't behave that way because he wants to impress girls. He is actually convinced that self-improvement is the most important thing in life. And Sousui definitely didn't start playing strategy games because he seeks admiration for it, but because he loves tactics and tinkering. And Va doesn't pretend to be charismatic to gather people around her; she actually feels everything she says deep in her heart. Do you understand where I'm going with this?"

Beat shook his head. He didn't understand anything, and he was beginning to believe that Wark had been brainwashed by WTP.

"You're analyzing things from the wrong side, Beat!" Wark continued "You wish to be popular, but Glenn, for example, probably never wished to be popular. He focused on what was actually important to him in life and social success was just a side effect of that. But you, Beat, have no idea who you want to be and what you want to do with your life. You sort of want to skip the most important steps and be right at the goal."

Beat fell silent for a moment. He slowly began to realize what Wark was getting at, but he was far from convinced.

Eventually Beat said "But I also know who I am and what I want to do with my life. I'm a gamer! I dedicate my life to video games. But everyone just makes fun of that! No social success comes with that."

"Imagine if Star had said that she would become your girlfriend if you gave up gaming. Would you have done it?" Wark asked skeptically.

"Of course!" Beat immediately shouted, not realizing that this was exactly the answer Wark wanted to hear.

Suddenly, he felt Wark's hands on his back and the next moment his body nestled against him. Wark hugged him tightly and it felt calming.

"Wark, you shouldn't hug me. I betrayed you. I'm the reason you got attacked. I'm to blame for everything."

"I don’t think you meant to hurt any of us.”

"Wark, why are you being so nice to me?" Beat started sobbing and snot ran from his nose. "You shouldn't be so nice to me."

"If you feel bad for betraying us, just help us back out", Wark tried to placate him "You have keys to our rooms, no?"

"I only have the key to your room", Beat explained, blowing his nose "I can't free Glenn, Sousui, and Sikh. Besides... If I stab Keiichi in the back, that's it for Waisie. I'm scared, I'm scared that this is my only chance to ever experience real love."

Wark looked Beat deep into his eyes. "I've only just begun to search for my place in life. Why don’t we take this path together? But first, you have to leave Waisie behind and start to accept reality. I promise you that there are so many facets that make reality worth living and soon you will get to know them."

Beat nodded. As much as he hated to admit it, Wark was probably right. He needed to listen to him.

"Does that mean no more computer games ever again?" Beat asked in disappointment.

Wark smiled. "For my part, I still like computer games and will continue to play them. I'm certain, with the right mindset, you can benefit a lot from them as well. Emily, who you haven't really gotten to know yet, once rightly pointed out that fantasy can be of great help when coping with cruel aspects of life."

"Hey Beat, do you have a moment?" The door suddenly opened and Landini glanced into the room.

Beat quickly wiped his eyes to hide that he had been crying. "I'll be there in a minute."

Landini nodded and walked away again. Luckily, he hadn't noticed anything.

"We'll talk later, okay?" Wark whispered to Beat before he left the room.

In the meeting room, Keiichi’s team had gathered to discuss the current situation. Va had, in the meantime, been freed from her cell by Landini and was now sitting right next to Keiichi, who couldn't resist stroking her thighs.

When Beat entered the room, he glanced at Va, hoping that she would communicate with him in some way.

She did not return the look, however, and merely waited for the meeting to begin with a serious expression on her face.

Beat was burning to find out if Landini was right and she would turn out to be a mole, or if it was indeed the WTP Club she had been lying to all along.

After Beat had sat down, Landini took the floor "Smoke informed me that, unfortunately, he was unsuccessful in his search for Emily last night. There is a good chance that she has gone to the police by now and accused us of kidnapping. We confiscated everything we found in the clubroom, so she should have no evidence to back up her accusations. Consequently, the police will most likely not get permission to search our houses and cellars. However, they might still start an investigation against us once the WTP people are reported missing. It's possible that Keiichi, Smoke and I will even be asked to come to the police station to answer some questions. We must agree to deny everything: any contact with the missing people as well as any contact with Emily. Emily will struggle explaining the motives behind the kidnapping either way. And if Va backstabs her and pretends not to know her, she'll look like a crazy person who just made up this whole kidnapping story."

Keiichi spoke next. "Since all clan members now know about our project and have been introduced on how to interact with anime girls, there is no reason for us to delay the start of the project any longer. Tonight, when all the teammates show up for training, the awakening of the girls will take place."

Beat's eyes widened, and he could have sworn that Va's expression had also changed for a moment.

"Does that mean", Beat asked nervously "that I can be with Waisie tonight already?"

"Exactly", Keiichi confirmed with a smile "You've earned it."

Beat swallowed. Indirectly, he had agreed to help Wark and the rest of the WTP clique escape. And now Keiichi was baiting him with this? Couldn't the liberation of his friends perhaps wait a little longer, at least until Keiichi had given Waisie life? Beat began to contemplate. What should he do?

"Aren't you happy?” Keiichi snapped him out of his thoughts.

"Huh? Of course I am!" Beat replied startled and expressed a laugh "It just caught me off guard because it came so sudden. But I'm really looking forward to it!"

"I see. That is good to hear!” Keiichi gave him a smile. Then he began to explain details about the awakening.

Beat, meanwhile, fell back into thought.

Everything Wark had said was logical, and yet it seemed as if it was simply his fate to work on this project. His entire life had led him to this point. All the exclusion and rejection seemed to make sense, from the point of view that a desire for a new kind of human was supposed to arise in him. It couldn’t be pure coincidence that Landini had come across him, of all people, when recruiting allies. It had to be fate.

Suddenly Beat believed to understand everything. Fate had given him the task to work on the improvement of society! 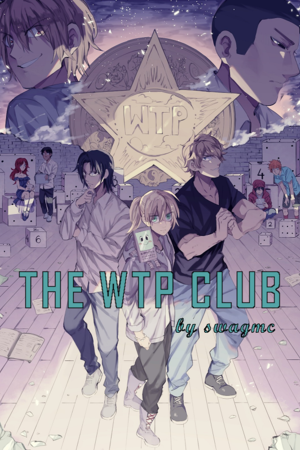