Adrian was at the forest eternal ghost forest and beside him was War. Both of them were covered in blood from head to toes.Bookmark here

‘V-SHIELD.’ Adrian shouted and an invisible shield covered both of themBookmark here

‘This is going to keep them from us a bit but it isn’t enough because my ki percentage is low now it is going to break at any second now.’ Adrian said Bookmark here

‘Adrian I have no power left and I can’t assist you anymore, so please throw me away and continue your journey.’ War demanded Bookmark here

‘How can you say that, after all that we have been through. I won’t leave you here and we won’t die.’ Bookmark here

‘A heroic as ever and by the way I want to thank you for being the best friend I could have ever dream of.’ She said that and smiled, then she fell unconscious. Bookmark here

The shield broke, the army of gashadokuro(starving skeletons) were coming their way. Bookmark here

‘YOU BAG OF SHIT, YOU PLANNED ALL OF THIS BEFORE DIDN’T YOU.’ Adrian shoutedBookmark here

‘Yes precisely I planned all of this from the moment I saw the orb of akuji. You were just a mere doll within my hands Adrian.’ Bookmark here

‘I WILL KILL YOU.’ Adrian shoutedBookmark here

‘Please Adrian let us not shout ok after all it was you, you were the one who did all of this. The palace, the forest and even War, all of this was because of your Foolishness. Bookmark here

‘Ah and by the way master WoE(will of evil) wants me to send his greetings and says that if you pass here you will be a step closer to your ulterior motive which is killing him and miss WoD. Hahahaha you want to kill my master but you can’t even kill one of my gashadokuro what a weakling you are.’ Bookmark here

The gashadokuro army began to move again towards Adrian. There were two choices available for him, the first was to leave War here to die and he wouldn’t do that even if it means that he would die instead of her. The second choice was to stay here and fight the army but he would die while fight. Bookmark here

‘Ah I forgot that I will die because eid the cardiac arrest.’ Bookmark here

‘What are you laughing about. Are you perhaps laughing because you know that you are going to die now.’ Bookmark here

Adrian continued to laugh. He threw his weapons on the floor. Bookmark here

‘I forgot all about it, really how could I forget about something as important as this.’ Bookmark here 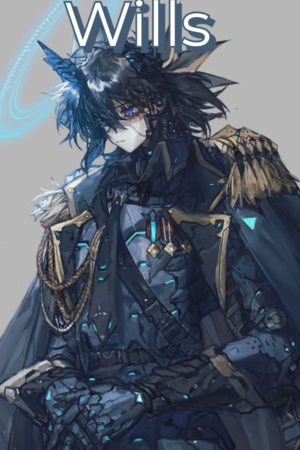