"I think I found it." Rikka said, a faint shine growing in her golden eyes.

"What do you mean 'Found it'?" Byeol met her shine with his own calm gaze.

"I have a lead for the location where the Euth project tests are being carried out." Rikka gave a pause but Byeol waved a hand for her to continue, "I made contact with one of my informants in the city. She works in the house of one of the empire's top researchers so I had her keep a look out for any suspicious behavior from him."

Rikka waved her arms through the air as she explained how she came to obtain the information at hand. Taking her time to explain connections Byeol saw as unrelated to what he was waiting to hear. "She heard the doctor on a call talking about how too many resources had been thrown into a certain mutation project and it was too late for it to be a failure. He said he would personally be going to the site to check things in two weeks' time." Rikka finally said something to bring Byeol’s attention on her once more.

"The facility appears to be in Dragnolar, so it is unlikely he will be able to teleport. If he is using a ship or cruiser, then we can tail him and sneak into the facility." Rikka crossed her arms nodding at the genius idea she had brought forward as she waited for Byeol to applaud her.

"That's it?" Byeol halted the parade processions in her mind, "That isn't enough information to come up with a decent plan."

"But this is more information than we have been able to gather before."

"You know it still isn't enough Rikka. We can't even be sure the project he spoke of is actually the one we're looking for."

"I'm sure of it! It has to be the same one. How many human mutation projects do you think they would have going on?"

Byeol remained silent but kept his unwavering gaze on her. His clean face set in usual unreadable pose with his lips pressed into a thin line and eyes starring forward.

"Why can't we at least check it out? You know how important it is that we find out what their planning so why not follow this lead?" Rikka continued her plea.

"I don't think it's a good idea." He crossed his arms, "It is too risky to send people out for this when we don't even know what to expect especially to a place like Dragnolar."

Rikka appeared stunned as she looked at him. It had taken months of digging but she finally had her hands on this lead and she wasn't going to let this opportunity slip from her grasp. Her desire to find out the truth behind the Euth project and the empire's cleansing was what forced her to leave her position in the military. There was no way she could allow this opportunity pass by when she knew what harm the project could bring if they didn't intervene. She had to find a way to get Byeol on board no matter what.

"Dragnolar is pretty off grid so we should be able to get there without much difficulty. After that we can just follow the doctor's convoy to locate the lab and -"

"That land is uninhabitable." Byeol interjected. His voice straining to stay calm while his eyes narrowed finding her insistence unreasonable, "It's off the grid because it's a wasteland."

"Exactly!" Rikka chimed enthusiastically slamming her hands on the table, "It's the perfect place to hold tests without drawing too much attention." She pushed on, "No one resides there so they can easily ferry equipment and specimens in and out without question."

"It's filled with overgrown poisonous vegetation and undocumented creatures. Not to mention the air is toxic and barely breathable for humans."

Deep in her heart she knew he was right about needing more information but she couldn't let it end here. The Euth project was said to be the epitome of the empire's research into the human and valhen genomes. Publicly it was known as the next step in evolution but, from what Rikka had gathered so far that was all a cover for the mass slaughtering of the lower class. Having seen for herself what horrors were in store once the project was complete she knew she had to follow every lead she could.

"I joined Ginga because I thought you were trying to make a difference and help those oppressed and mistreated by zenith." Rikka began once more, "You did not witness the scenes I did that day. It was gruesome. If we don't find the facility before it's too late and put a stop to their work, all the non-elitists on earth will be as good as dead." her eyes locked with his, the subtle glow he had seen when their conversation started had grown into a fire filling her eyes with determination as she spoke, "I am willing to put my life on the line for this, we need to go."

Byeol could see how serious Rikka was about this mission. It was something she had been working on long before they met and she spent every spare moment she had finding leads into where the research was being carried out. Though a good number of them turned out to be false it never stopped her search for more. It was clear she was going to find a way to do this with or without his go ahead. If he wouldn't authorize a team, she would probably go by herself or with whatever volunteers she could convince and that would put the whole team at an even greater risk.

"Fine." he sighed bringing a hand up to squeeze his nose bridge. If she wasn't going to stay back, then being able to monitor how it goes would be the better course of action, "It's not approved but I'll think about it."

"Yes!" Rikka pumped her fist into the air.

"But if anything goes wrong I will be holding you responsible."

"Nothing will go wrong I promise."

"We can discuss an actual more detailed plan once Hina gets back from her outing. Until then don't tell anyone else about this information."

Rikka traced her index finger and thumb across her closed lips before turning towards the door. "I'll be back here the moment Hina arrives." she waved walking out the door.

"ugh" Byeol grunted throwing his head back in his chair once he heard the door shut. He looked up at the constellations carved into the ceiling for a moment before shutting his eyes to gather his thoughts.

In the aftermath of the Species war, the humans and valhen agreed to live together rather than risk anymore damage to the planet they both wished to inhabit. The Valhen, who wanted a base colony in the solar section of the Milky way, and the humans who wished to keep the planet for themselves; were forced to a point of compromise.

The valhen, already aware of the dying state earth was in, noticed that the war was approaching a point of no return. A point where if they allowed the fighting to carry on it would damage the planet so much so that it would become uninhabitable for them. The humans as well came to realize they could not win. Having already suffered more than enough casualties and noticing even their nuclear weapons were losing their effectiveness against this intergalactic foe. The human leaders surrendered themselves and the planet to be under valhen control. However, this resolution left both sides with some distaste for one another. Hidden in the shadows there are humans who view the valhen as monsters and invaders; while some valhen view humans as a lesser species no different from wild animals.

The Euth project is advertised to the public as a way to counter this negativity and create a bridge between both species. However, according to Rikka that is all a lie. She believes the Euth project is the empire's attempt at cleansing the population. A way to get rid of the humans they consider subspecies along with the traitorous valhen who accept with them.

"Meori" Byeol called opening his eyes to see a pint sized version of himself floating in front of him, "Call Mingi." he requested, to have his miniature self, respond with a nod and shut its eyes as a dialing tone began to play from it.

"What?" a groggy male voice came through replacing the tone on its third ring.

"Wake up. I need you for something." Byeol spoke in reply.

"mmm I am busy." he yawned, "Call back when you have an appointment."

"Rikka brought some intel and I need you here so we can discuss it."

"If it came from that crazy lady then it is most likely a dead lead I refuse to waste my time on."

"We can't be sure if that's true or not yet this one seems promising."

"If it is as promising as her last lead, then it is not worth even a grain of salt."

"Just get ready and find yourself here." Byeol responded flatly.

"Can you just tell me what it is over the call?"

"No. I need you, Hina and Rikka here so we can discuss this properly and see if we can come up with a viable plan."

"Can we fast forward to the part where I stay in bed and just agree with whatever the three of you decide?"

"Not unless you want to end up being her partner for this." Byeol offered with a smirk.

"It's a new lead for Euth project. She thinks it could lead us to their lab."

"I can already tell it will be as viable as it was last time." Mingi said with clear displeasure in his voice.

"You have about 30 minutes before Hina gets back." Byeol instructed ignoring Mingi's audible dissatisfaction.

"Mmm." Mingi responded and cut the call before anything more could be said.

With their call ended Byeol ceased his observation of the ceiling. Straightening his body with a sigh he looked over at the tools upon his desk and resumed the work on his exsil. Continuing where he left off until the next interruption would show itself. 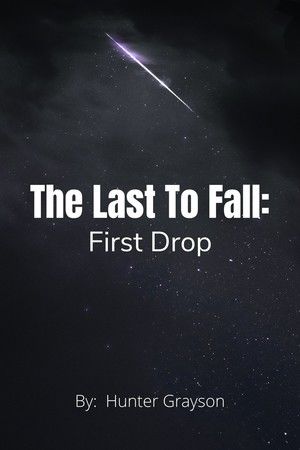