Sitting in an exuberant bed, both in decoration and size, the giant demon lord laid, coughing up as he hacked blood onto the handkerchief he held close to his mouth.

The large, horned man grumbled as he saw the blood present on the white fabric, breathing heavily as his bristly, large beard moved with his most subtle movements.

“Furcas!” He yelled out with his booming voice.

The doors to the lavish keep of the demon lord opened, revealing a horned butler who bowed at the threshold of the room that was inhabited by many bookshelves and antiques.

“My time is near it seems. The Divine Rot is finally reaching my heart–damned that hero…” Demon Lord Baal said, coughing again.

The giant demon lord was in terrible shape; his reddened skin was pressed with black veins and decaying flesh.

“...I am sorry to hear that, my lord,” the butler said somberly.

“That’s besides the point. It’s time, Furcas,” Demon Lord Baal said, standing himself up as the mammoth of a man struggled, “--It’s time to commence the Demon Lord Accession.”

“Are you sure, my lord?” Furcas now looked at him with serious eyes.

Demon Lord Baal nodded, beginning to dress himself in the mighty, all-black armor that lay dormant in his chamber, “Summon my bloodline.”

[Far away, the Human Kingdom of Tranzel]

Sitting on the side of a cliff, atop a small rock, a young man dressed in leather armor, a scarlet scarf, and black undergarments wiped down his broadsword with a bored look on his face.

In the passing wind, his dark hair was pushed side-to-side, shifting as his fringes brushed against his black horns that protruded from his forehead.

On the young man’s lap, a white-clothed grimoire sat, untouched by the trailing wind.

He perked up a bit as his name was called by one of his companions behind him–a burly man who was dressed in cobalt armor with pauldrons taking the shape of skulls. Matching his standout armor was spiky, black-and-silver hair with shining, blue eyes and a smile accompanied by a massive scar on the right side of his mouth.

“What’s up?” He looked up from cleaning his blade.

“You tell me–looks like that birdie over there is headin’ straight for ya’,” the man looked past him.

He lifted his gaze to see that, indeed, there was a large bird flapping its wings as it soared straight towards him, though it slowed down as it closed in on his position.

These words came from the other person present beside him, a youthful man with his vermilion hair held in a ponytail, who was fine-tuning the string of his pale-white bow.

“Err, Reggie?” The burly man looked at him, keeping his gauntlets folded across his chest.

Before he could explain, he held his armor out as the silver-feathered, horned avian gently landed on his forearm, wrapping its sharp talons around his leather protection.

He looked back at the heavily-armored companion of his, “I’ve told you about him, right, Marlow? Reggie was my messenger back home. Wow, it’s been a long time since I’ve seen you, buddy!”

Petting the bird’s head, it let out a pleased “squak” before he retrieved the bundled-up letter from between its beak.

“What’s it about?” The red-haired archer looked over his shoulder.

“Hold on, I’m checking it, Klaus,” he quietly responded.

Marlow wasn’t exempt from being nosy over, peeking right over the horned young man’s shoulder to look at the letter he had unraveled.

He was silent while inspecting the letter with his amethyst eyes, staying silent for a minute as the avian on his arm looked at him with its beady eyes, just as his two companions did.

Suddenly, the black-haired young man replaced his idle, concentrated expression with a beaming smile as he shoved the letter into his pocket, turning back to look at the other two.

About time you bite the dust, old man, he thought.

“Huh?! The Kingdom of the Demon Lord?!” Marlow said.

“Weren’t you exiled from there, Merlin?...Are you sure you can just waltz in there?” Klaus asked.

Merlin picked up his silver broadsword, sliding it into the sheath at his hip as his verdant cape fluttered behind him in the wind while he stood at the precipice of the tall cliff.

“--That letter is an invite. My family might be petty, but they’re sticklers for the rules, after all,” he answers.

“What do you mean?” Klaus asked.

He looked back at them, “I might not be welcome inside of Grandzania under normal terms, since they’re got a real problem with me being half-human, but…the “Demon Lord Accession” is the most important event in the world, I’d say.”

“About that…What is it, anyway? I saw it on the letter,” Marlow scratched his scruffy beard.

Merlin looked over the cliff at the far-stretching valley of lively trees below, holding his arms out as he took in the nice day, excited by this shift in events.

“Huh?! Something like that?!” Klaus let out in surprise.

He nodded with a smile, “The top eight of the tournament are deemed “candidates” for the accession, and are then sent out to various regions of the world to conquer and build their own kingdoms. From there…it’s an all-out war between the candidates until one kingdom is left standing, then Grandzania and the mantle of “Demon Lord” is all to them.”

“Hell yeah, I am!” He clenched his fist, “--My whole damn life I’ve been looked down on by my family–I think it’s about time I show them a thing or two about what a “mutt” like me is capable of!”

The man in cobalt armor stood beside him with a wide smile, “Well, you know I’m with you all the way, Boss!”

Klaus tucked his bow behind his back, standing in his light, green-and-beige uniform as he smiled as well, “You can count me in, too. We decided to follow you because we trusted your strength–not just in power, but as a leader, too!”

“He’s right! I want to see what kind of Demon Lord you’ll become! I bet you’ll make this world a helluva lot of fun!” Marlow added.

He bashfully scratched his own cheek with a chuckle, “Thanks, you guys. I knew I could count on you…Then, let’s head to Grandzania!”

With a snap of his fingers, he manifested the grimoire in front of him; its front was of white-clothe, but the back was made of tattered, black fabric, flipping open naturally.

It was a voice heard only to himself, as soft as silk and feminine.

Though the companions of his tried to read the page it opened to, the iridescent inscriptions were only eligible to the young man who owned the mystical grimoire.

[The desired spell has been opened. Commence when ready.]

“Summon: Gabby, the Wyvern!” He called, snapping his fingers as he copied the spell written on one of the pages.

Just like that, from above the clouds, a medium-sized wyvern descended, flapping its wings as it waited beside the cliff.

“Yo, Gabby,” he greeted the black-scaled wyvern, patting its head.

The winged creature greeted him with a friendly growl before he hopped on his back, waiting for the other two, who weren’t so adjusted with riding such creatures, to hop on before taking off.

“To Grandzania!” He called out.

The two loyal companions of his that tagged along were the ones he considered family even more than the distant blood of his in Grandzania.

Klaus, he can sometimes be timid in the face of adversity, but he always pulls through–no matter what. He’s a gold-plated adventurer at the Three-Crest Foundation. He’s reliable in a fight, and never misses a shot with that bow of his, he thought.

Marlow, he’s big and tough–he’s never scared of a fight, and is usually the one picking it! Though he seems like a meathead, he’s incredibly knowledgeable as an azure-plated adventurer. I’ve seen him chop a Goliath Serpent in two with that greatsword of his, he thought.

They both are loyal to me as the “leader” of our humble little band ever since I saved them from a Cloudsinker Dragon–since then, they’ve dedicated themselves to aiding me on my travels, he thought with a smile.

–He held those two in high regard, and them the same for him; together, the three set out on a journey of which held an unimaginable scale ahead of them. 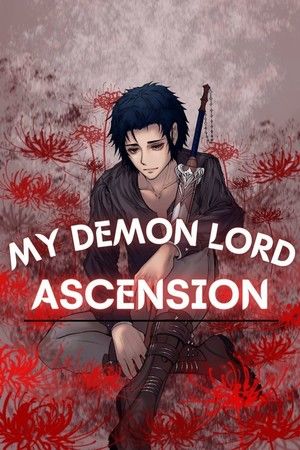