The chatter between the students in the classroom began to increase more and more as it was almost time for lunch.

In this class there was a boy with black hair and brown eyes which always seemed tired. There was nothing to write home about regarding his looks.

Sitting on the seat beside the window, I gazed thoughtless at the azure sky, which was void from any clouds today.

In addition to the summer heat, the sun shone mercilessly at us making it a living hell in the room. Therefore, the students and even the teacher, who was also drenched in sweat, wished for this lesson to end as soon as possible.

After the bell rang, almost everyone rushed out of the classroom as if they would die if they stayed in the room any second longer.

Only a few people remained in the classroom. Some students decided to take a nap and some decided to eat lunch alone. I, however, still looked outside. I would rather go somewhere cooler but something tells me not to do so.

A few minutes passed until a certain group of people entered the class.

“Ah, there you are, Leon!” the girl shouted in joy.

“Sorry for waiting so long.” the kind looking boy apologized with a smile on his face.

“We brought some cold drinks!” the tall and muscular boy said proudly as he showed the bottles in his hands.

Without hesitation they took some tables and chairs and placed them beside and in front of my seat. After they sat down, they put their drinks and food on the table.

I was about to eat my first and last sandwich until I noticed the stares of the others.

“Is something wrong?” I asked.

“Is that all?” the tall guy pointed at my sandwich.

“And is that enough for you?” he asked.

“Well, not really but...” I said hesitatingly.

“Then have some of mine! Say 'Aaah'...” the girl said as she tried to shove her sandwich into my mouth.

“W-w-wait!” I begged her as I leaned backwards embarrassed.

“Don't be so shy! After all, I'm your girlfriend, right?” she pouted.

The one calling herself my girlfriend is Anna Deviou. She has long blonde hair, bewitching round blue eyes and on top of that she has a model like figure. No wonder that she is regarded as the top beauty at our school.

“What? Hell no!” I rejected the idea harshly.

It was Jack Belie who proposed that. Jack is a tall and muscular guy with sharp brown eyes and black hair styled into a buzz cut. He is very athletic and skilled in basketball earning him the title 'basketball prodigy'.

“Could you stop those two, please, Fynn?” I turned to the person who did not say a word yet.

His name is Fynn Notic. He is a handsome boy with kind looking green eyes and silver dyed hair parted in the middle. Not only is he also very athletic but he is also scoring almost perfect marks in every exam. He could be called a honor student.

“Sorry, man. But this is punishment for acting all lovey-dovey in front of Jack and me.” he responded with a smirk.

Before I could lament further about this situation, Anna became impatient.

“Fine... Shove it into my mouth...” I declared defeated as I could not bear any longer to see her puppy eyes.

“Hehe... I knew that you're weak against my puppy eyes tactic!” she said triumphantly with a smug smile.

I noticed my face becoming warmer as the sandwich she held approached my open mouth.

“Just like that...” Jack muttered with an evil grin as he filmed this scene with his phone.

“And do you like it?” Anna asked me with a pure smile.

Was it the heat or why did it feel like my face is burning?

“I-it's good...” I stuttered while I turned my face away from her.

“Pfft! I can't hold back my laughter anymore!” Jack held his stomach as he laughed out loud.

Despite being apparently my friend, I wanted to punch him so badly.

“Do you have anything to say, too, Fynn?” I asked annoyed.

I looked at Fynn but he held his stomach even tighter than Jack and trembled as he tried to not to laugh.

Those little pieces of shit.

Until they had to leave, the four of us enjoyed lunch while we talked about school life or rather, they talked about it whereas I remained silent and only listened.

“Hey, Leon. How do you feel? Did you regain anything?” Fynn asked me while the other two put away the tables and chairs they used.

“I don't know... I can't recall anything yet even though you guys put so much effort to help me.” I answered in low spirits.

Noticing that I was kind of sad, he put his hands on my shoulders.

“Don't be so depressed! I promise you that you will remember everything again in a month! And I never broke a promise I made!” Fynn declared confidently.

After saying goodbye, the three left the room.

The classroom was silent again.

And again, I gazed at the cloudless sky.

“This must be how my mind should look like right now...” I mumbled barely audible for anyone.

Today marks the fourth day since I lost my memories.

The doctors currently try to find out the reason why I lost my memories so suddenly but they have no clues yet.

My parents told me that I woke up one day forgetting everything.

In the end, they decided that I should try to go to school again hoping that I would slowly regain my memories.

To be honest, I was scared at first because I was sent into an unfamiliar place and knew almost nothing. But thankfully and weirdly enough, I was able to keep up with the stuff they taught at school, which made my school life at least easier.

I am also grateful to Anna, Fynn and Jack. Of course, they were shocked after hearing that I can not remember anything anymore. But they reassured me by saying that they would help me getting my memories back. According to them, this is what friends are there for.

My surrounding explained to me that I am average in anything I do and that I live a normal life but is it really a normal life if I was blessed with such good friends and a perfect girlfriend?

I called it a blessing and yet I felt uncomfortable and I do not know why.

Days passed since I was in school again and yet nobody approached me besides the three. Therefore, I concluded that I was actually a loner with almost no friends.

So how was I able to become friends with the three, who are the most popular persons in the school? There definitively must be a mistake.

Or was I even their friend?

Wait, no. I must not think like that! It was pointless to think about this. I should rather focus on getting my memories back.

While thinking about them, an idea popped up in my head.

“Maybe I could ask them to hang out later...” I muttered.

I guess the best way to regain my memories is to talk with people close to me.

I would also kill two birds with one stone as I could spend some time with my friends.

After all, having my mind getting reset should not hinder me from enjoying my youth, right? 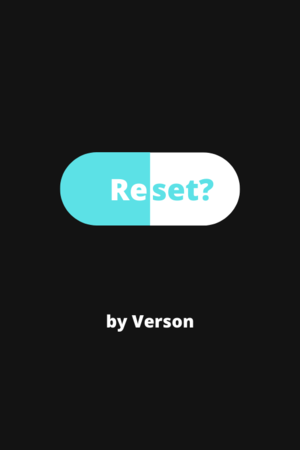