A City of Rats

I thought these stall owners would never learn, though a simple guard can't stop us anymore. When Nick Épicier wants someone gone there's very little they can do to stop it.
Dancing through the shopping crowd with empty boxes in hand, my elbow crashed into my human-sized friend. "Hey Ren. Check out that cutie to our left. The one with the burly lover."
Code, of course. Now's not the time for checking chicks out.

Ren pulls back the hood of his cloak, letting the light rain sprinkle his short fox-coloured hair. After scanning our left, he looks up at me like I've said something stupid and says, "Kar, she's way out of our league."

Still cautious not to bump any humans, I turn to him with genuine surprise. "With that attitude, absolutely! Let's finish this job, hit the tavern and then see how you feel eh?"

He rolls his tan eyes and re-dons his hood. We continue to wade through the lake of multi-coloured cloaks under our guise as common laborers. Humans and their demi-human servants wander the circular market haggling for whatever they need. The foreigners are easy to spot with their wandering eyes and severe lack of haggling.

Ren and I squeeze out of the crowd and into an alley leading to the artisan district, I think. More importantly, our target is just around the corner where we came from.
We lay our boxes down and he quietly asks, "So what's the plan?"

I peek around the corner and over the heads of the crowd. Our target is facing the central well, so I could probably use that to escape. And he's against this building, away from most prying eyes.
I turn back to Ren and say, "Classic distraction."

He prys open his box and checks the contents for the dozenth time. Sarcastically, he says, "With some old leather sacks? Yes, I can see the plan unfolding before my eyes. It's brilliant."

I lay my hand on his shoulder sympathetically and say, "What would you ever do without me?"

He knocks my hand aside. "I'd be home with a hot meal and nice girl without you."

I laugh sarcastically. "Hoho nice dude, did you come up with that yourself?"

"Oh yeah, like 'your sister' is so much better."

He rolls his eyes again. "Whatever, let's just get this done. You better come up with a damn good distraction."

As I leave the alley, I say, "Always do."
Now. What am I going to do? I could go with the cult leader skit. That never fails to rile up these religious fanatics. Though that probably won't get the guard away. As I wade through the crowd aimlessly, staring over the heads of passerbys, I spot it. My distraction came skipping along, splashing in puddles all the way up to his father. The target's family just came to visit him on a rainy day. What a beautiful sight. Time to destroy it.

I spot a lost foreigner carefully analyzing his map while sitting on the central well. I sit beside him and give him directions and look into the well. Deep below runs the Skegi river as I suspected so this'll work nicely as an escape.
As we part ways, he notices that his sword is no longer in his sheath. Idiot. Time to strike before anyone notices the elf with a weapon, because that alone could get me killed.
With the sword hidden in my cloak I once again make my way though the crowd and pull up my mask. Once I'm a few metres away from the target I hear from the well, "Someone stop that elf! He has my sword!"
Welp, time to hurry.

While the crowd looks at the yelling foreigner, I dash forward, smash my elbow into the target's face and snatch the kid! The kid gasps for air before squealing out from under my arm, "Help!"
I made it halfway back to the well before the humans surrounding me drew their swords and prepared to swing. I reveal my weapon to the mob and press the blade against the kid's neck.

I yell out with as much maniac as I can muster, "Stay back! Or the kid gets it!"
I have no intention of harming the kid, but it worked. The kid whimpers and the people who drew their weapons, back off unsure of what to do next. The parents should be arriving right about... Now.

The parents and their guard burst through the crowd all shouting something. "Let him go! What do you want?! Do you have any idea what'll happen to you!?"

Pick a thought and stick with it humans. Don't just spew random questions and demands. Don't you have any idea how this works? Oh well. They're playing into my hand well enough. I shout back, "Me?! Why would I care what happens to me!?"

The mother squeals at me, "What about your family? We'll have them killed!"

Like a puppet to her strings. I yell out, "My family's dead! You humans! You think you can just do whatever you want! Take what you want! Maybe I should take everything from you!"
I'm spewing nonsense. My family's fine, but I'm spreading the fear and panic Ren needs, as well as putting on a good show. All eyes are on me. You're welcome Ren. I continue to shout my sob story I picked up from some homeless elf living outside the walls.

As my shouting match with the parents continues I slowly creep closer and closer to the central well when a large horse breaks through the crowd. Draped across its sides are the emblems for the Holy Temple of Sol. On it's back it carried two templars clad in the rosy armour.
Son of a bitch.
All humans worship Sol, the Sun god, so naturally when the temple's enforcers come passing through, humans move. At least it makes for a good spectacle.

The burlier of the two templars dismounted and marched towards me, white surcoat rippling with every clank of metal boots. He's remarkably tall for a human, the top of his unremarkable hair reaching my nose and blindfolded eyes staring me directly in the neck. He's blind?
Now that I look closer, both templars' eyes are concealed by blindfolds. How do they navigate the streets?

Now's not the time to think about that.

I use the excuse to stumble backwards towards the well and shout out, "D-don't come any closer!"

He takes one step closer and begins to circle me from a distance. At least the crowd is backing off. "Unhand the child and we'll spare you. Otherwise a long and miserable end awaits you."
He's got a threatening voice at least, I'll give him that. Not that it has any effect on me.

I spit out, "Pah! I know how the temple treats dissidents! I'll be worse off if you 'spare' me!"

He laughs once before stopping right in front of the well. Fuck. He says, "Then let me say this. Drop the kid now, and I promise to send you to Sol quickly."
Good, the idiot's giving me time to think. He might not have realized I was trying to use the well to escape. His partner, is standing on the opposite end of the crowd comforting the parents, so he's probably just surrounding me. I can slink past him and dive into the well. Wouldn't be the first time I've slipped passed soldier's blades.
I have to be careful of his partner though. I didn't even hear her approach. Her? A question for another day.
It's time to make my escape. Ren surely finished ages ago.

I loosen my grip on the sword and take a step forward, keeping a firm grip on the kid. Putting up the act of a broken man I say, "Can Sol reunite me with my family?"

The idiot smiles and nods. "All are welcome in Sol's embrace."

I take more steps forward getting as close as I dare. "Promise me! Promise me I can see Tullare again!"

As soon as he opens his mouth, I kick the kid into him and charge! He fumbles with the kid in one arm and his sword in the other! Our blades clash as I dart by! He knocks my sword into the air and grabs my wrist. I grapple his sword arm and he screams and fumbles away.
With this chance, I dive into the well!

By the Lords! This is a huge drop! How high up are these wells! Just dive, I'll be fine!
With my hands pointed in an arrow above my head, I sink into the raging river and use the momentum to curve back up to the surface. By the Lords, this is fast! And cold! So cold! I don't know what I was expecting, but this is insane! And kinda fun. I should do this more often. I manage to swim my way to the edge of the tunnel and crawl onto the walk way.

The many dwarves who maintain and live in the undercity watch with curiosity as I crawl out of the river onto their roads. A woman with a full beard helps me to the road and says, "I owe mi ma a pot roast. What's an elf like ya doing falling from the sky?"

While I would love to stay and chat with a bunch of giant moles, I've still got to escape. I hand my cloak to the little lady and run off saying, "I'll tell you later over a pot roast!"

As I run through the undercity with the dozens of dwarves watching my every movement, I can't help but think back to the idiot templar. What did I do to make him scream like that? It wasn't a painful scream, more like he was startled. All I did was twist my arm out of his grip and push his sword arm away. I can't think of any possible reason that should've happened. Maybe he was just so charmed by my antics he let me escape. I didn't need the help, but the thought is appreciated.

After finally finding one of the many tunnels to the surface, I run up a long ramp lit by grates in the ceiling. I finally reach the gate monitored by the city guards and slip through unnoticed with a dawrven caravan, emerging a free man on the surface.

I'm greeted with a gloomy sky and light rain soaking into my already drenched hair. That's it! I've made it! That's another successful job for us and another one of Nick's competitors eliminated. Time to go celebrate. 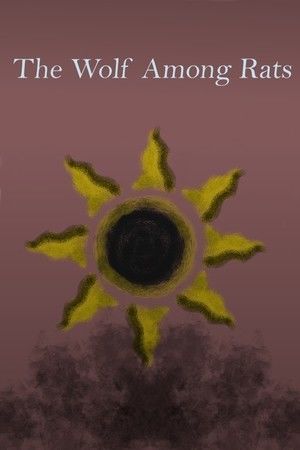