“Why doesn't the Sun come out anymore?” The Little Girl asked.

The Man looked beneath him to see the girl pulling on his rags. Her eyes were sunken just as his, both covered in dirt and ash.

“What does sane mean?” The Little Girl asked, continuing to pull on The Man's ragged cloak, dust coming off with each shake.

The Man pulled up two rusty cans and prompted The Little Girl to sit on one. She did, and let The Man speak.

“Have you ever heard the story of Icarus my dear?” The Man said, stroking his beard. The Little Girl was swaying her feet back and forth, kicking the can, eyes looking with interest.

“Sort of, he is what we use to call a person,” The Man said. “Icarus was the son of Daedalus, an inventor in a world long ago, before even you and me.” Thunder snapped through the clouds and over the shack of The Man and Little Girl.

The Man continued, “However, the king of the land lost favor in Daedalus and imprisoned him, along with his son Icarus.” The Little Girl leaned in closer.

“Being the witty inverter Daedalus was, he came up with a contraption to free them both, feathered wings that attached to the body with wax.”

“What are feathers and wax? Mama told me not much,” The Little Girl said.

The Man looked at The Little Girl's eyes, filled with curiosity. “Imagine a color so pure, something without dirt or ash, those are feathers. And for wax, think of anything sticky you have touched or felt, now think of that feeling in clumps but also melts when hot.”

“Wow, I never known a world like that, I wants to hear more!”

The Man was surprised, but for some reason, he happily obliged. “Trapped in a cell, Daedalus told his son Icarus about his invention, but warned his son to fly not too low or he would crash into the water, and not too high, for he would melt the wax with the Sun’s heat.”

“The Sun was hot?” The Little Girl said.

“Oh yes, we had to wear things over our heads, or put certain things onto our skin to avoid its warmth,” The Man said with a chuckle. The Little girl returned his laugh with one as well.

“So how does it end, they escape?” The Little Girl said.

“Well,” The Man said. He pondered her question, looked over at the molten lava in the distance, the mountains that pierced the clouds, the cracks in the Earth that went to the core.

The Little Girl and The Man sat throughout the forgotten world, abandoned launch sites, rockets that never made it.

The sounds of the coughing, screaming, and fighting.

The sound of fighting.

The Little Girl asked again, “So how does it end?”

The Man looked down to meet her smile.

To see her smile.

“Daedalus and Icarus fly brilliantly through the sky, escaping the evil man that imprisoned them, bathing in the warmth of the Sun.” The Man said, letting out a sigh.

The little girl jumped from her rusted can, lifting her arms in the air with what little strength she had, coughing. “I’ve never heard a story like that before, mister! Will you tell me more?”

The Man was confused, looking at the strange entity that was The Little Girl, “Tell me child, why are you so happy?”

The Little girl calmed down, her mood slightly changed as she looked at The Man, “Mama said, well before she went beyond. Well, she told me that it may be the faults of others, but what will we have if we don’t got others.” The Little Girl said, shuffling her fingers through curly, ash filled hair.

“You got others?” The Little Girl said.

“Where the other now?”

“Somewhere, she’s got others somewhere.” 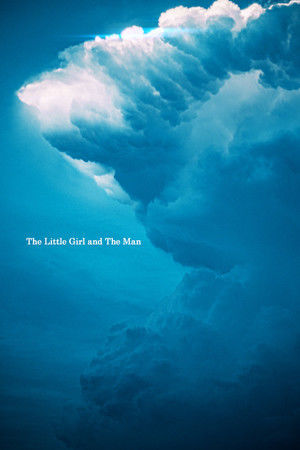