Bruce and the other fugitives found a decent room among the tunnels big enough to fit all remnants from the Federation’s storming of the base. Only a 15-minute walk, though it felt way longer than that.Franklin and Claire had already a more relaxed look, somehow relieved by the barely fortunate meeting.

Getting close enough to the room, we see the guards were already expecting us.

He nods into the room. The improvised base is so small I can immediately assess the situation. Several soldiers stretched out receiving medical treatment, many resting, and others walking back and forth from what I can easily tell are treatment sections organized on emergence. Much to my dismay, Bruce is one of those injured. He’s stretched out, bandaged on the right shoulder and left side of his abdomen.

I stop in front of him.

“Myke, my friend.” - his happy tone of voice, like always, is very opposite to the circumstances of our meeting
“Bruce…”
“You’ll need to get closer than that, Myke”

I get closer and sit beside him.

“Commander…” I say - “shall we go straight to the point?”
“I’m not the commander. I couldn’t do anything, yet again…”

I’m right next to Bruce while both Claire and another soldier observe the conversation closely behind me; Franklin is slightly farther back. Bruce hasn’t made eye contact with Claire yet, and I know he also feels guilty.
From what I know of him, he saw this as an opportunity to somehow seek redemption, and he would set this as a priority over even our quest for revenge.

“You don’t have time for self-pity, old man,” I say - “just spit out the plan. If we’re here, there’s still hope.”
“That’s right, soldier…that’s right…” he says, struggling with the pain - “We were almost ready to invade; you know, I got here 1 day after the announcement…”Turns out I’m the one who was late…
“We weren’t waiting for you, Myke. But things happened, we were so close to starting the operation when they got here and started a bloody battle…”
“And how close are they to getting in?” I ask
“We destroyed some of the machinery to try and slow them down, but…” says the soldier behind me - “things are strange…the city’s defenses seem to be less active…I think the “King” was bluffing, and he took measures to make this place a little bit easier to get in.”
“That’s…kind of surprising…”
“Yea…but you know what is not surprising?” Bruce says, slightly ironically
“What?”
“Houston. With them.”

There were 2 possibilities left regarding veterans from 30 years ago helping the Federation, and it is good to know who’s the one. Their actions solely focus on getting into the city by now, which makes it clear that they know the King’s daughter is inside his very own city. An essential piece of information that very few people have.
I wish it wasn’t Houston, though. The only thing I can expect of him is the unexpected.

“And who’s the Federation official?” Franklin asks, now getting closer to the three of us
“An old man we’ve never seen before.” Bruce quickly responds
“Could he be from the secret service?”
“Who knows. Guy’s the type the Federation never actually documented the existence of, so look out for something, I guess.”

In the short span of the conversation, our surroundings get less and less active. Now, a bunch of soldiers sit around reloading and fixing guns, arranging all sorts of explosives, and planning between themselves.

“Your timing is not so bad,” the soldier behind me says - “we’re getting close to our last try at stopping the feds. I reckon the three of you will help us, yes?”
“They sure will,” says Bruce - “those are some top-notch specialists…”

He pauses, then looks at me

“Look, brother, it’s true I’m in bad shape, but despite everything, I’m pretty confident I can be of use in this last battle.”
“You’re not 40 anymore Bruce-”
“Shut up, our foes don’t hold a candle to the ones we did beat back then, anyway. Doesn’t matter if I’m rusty or injured.”
“And neither do we compare with back then, sadly.” I say

I know it is pointless to even try to stop him, but my words still feel harsh. I know that if he plans to get up today and shoot a gun or something, he’ll be doped to the very core and essentially giving his life away. But do I have time to think about any of that?Regarding the battle, I was tense for a moment there, but if Akro’s defenses are really on low guard, we have a chance of flustering our rival’s plans.

The next 16 hours are spent scouting and mapping the surrounding kilometers of the underground system; Claire helps in the task, controlling some of the drones along with the other competent rebels. The organization made an unnecessarily large labyrinth exactly for this sort of scenario.
A gamble for sure, but crime companies are used to it.
We roughly know where the enemy is by the detection of noises, heat, and encounters with 2 other drones from the government also scouting the area. We are now farther back from the Megalopolis’ defenses' operational range, but by the looks of it, we’ll need to get closer.
Bruce now looks slightly well-rested and in a half-decent state. Nobody will stop him from fighting, but if he wasn’t such a good shooter, someone would probably protest.

Me, Claire, and Franklin patiently wait for the next hour until the rest of the soldiers are ready to go, as we came here already prepared. They don’t seem to know we have a lot of privileged information, but it doesn’t matter. I doubt the soldiers of the organization would just hand over important roles to us should we talk about it, even after losing their leader at the invasion.

As we start our march, I get a familiar feeling that seems to appear every time I march to some kind of battle. This anxiety.
Gotta think about what’s in front of me. Protect them and self-sacrifice if necessary.

I just wish Lindsey was here.

I wonder what Houston will say. Will we even see each other? Was this what he meant when he said we’d meet again in hell?
Because with hell, this place has many things in common; this smell of acid, rats, and waste, all of it as we come by the bones of those fallen in conflicts that had happened in these tunnels years ago; certainly not an environment humans were made frequent. Our improvised special forces eventually split up between the tunnels, and the three of us stayed together in the company of two other soldiers.

Bruce’s reputation with these guys seems to be high, as a veteran from two big conflicts involving this mighty city. As his friends, we got a place at the frontlines and closer to the main source of action.
We march, while Claire constantly communicates with other teams; a nostalgic sight I did not wish for. Eventually, the group on the far-left confirms contact with the Federation officials and opens fire. It doesn’t take more than 30 seconds for the second group to make contact and also begin shooting.

The intervals become increasingly shorter until our turn to see them.

A battle of inverted roles begins. 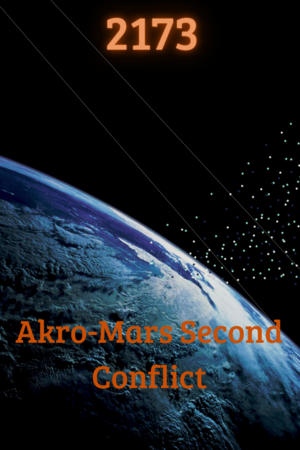