Once a few minutes passed, all of us felt better and we all stood up. The guards then assembled us into lines, and then the king announced, “O’ Heroes! We will need you to shout out [Status] and then write down the [Skills], you see under the skill section, on the piece of paper given to you.”

A few guards distributed paper to us and gave us what looked like a pen. I wondered how they’d have something like this when they seemed to be from the medieval ages. But then I thought of something, ‘there must’ve been others like us.’ Afterall, if we were summoned now, then wouldn’t there have been others who were also summoned.

No one took initiative to shout [Status]. Amy sighed, took a breath and shouted “[Status]!” And then everyone in the class slowly proceeded to do the same. And then I also shouted, “[Status].”

And what I saw was a stat sheet that seemed to quantify my strengths and weaknesses, but for some reason everything in front of my eyes had ratings, details and even potentials. If I were to summarize it, it would be:

[Calm Disposition]: You are able to stay extremely calm during even the most desperate situations. However this is only due to the fact that your ‘stress’ is ‘stored’ to be dealt with later. If your ‘[Stress Limit]’ surpasses the threshold, there is no guarantee to your mental state. However, stress can be dissipated by doing things that let you relax.

[Transmutation]: Ability to change the shape of anything you touch to your will. Can be used by instantiating an instance of the spell with your hands. The spell is limited by ‘[Intelligence]’ and the radius surrounding your individual hands. The skill only works in a 1M radius and will not work outside that bubble.

[Mana Cable]: Able to influence and transfer mana through cables made using mana. The cables are capable of transferring mana from a source to a load.

When I looked at these details, a thought came to me, ‘most measurements are just relative comparisons, if so, then who are we being compared to?’ Nonetheless, I tried to understand what was in front of me. From my guess, it seems that the Ranks range from S+, S, A, B, C, D, E, F. And the [Rank] seems to be my current ability while [Potential] indicates what my ability could be, but what I wonder is if it’s a hard limit or if it’s just a rough estimate. The passive skill I had explained to me why I could be so calm but it also made me question whether it had more than meets the eye.

Out of all my stats, Intelligence was the only stat that was above everything else, but what did that mean? Did it mean that I was better at strategy? Or maybe I’m better at creating and understanding things? It didn’t specify. Which means that the standard I’m being compared to must be similar to me, in ‘mind’ at least.

And my second best stat was Magic, which was most definitely intriguing, but I don’t know what it entails, so I’ll keep it away. My next best stat was speed, but I didn’t know what ‘speed’ it meant. For example, I could be fast mentally or physically or maybe even psychologically (i.e dealing with trauma). But because there’s already [Intelligence], I’m guessing it means physically, seeing as how the other stats are [Strength], [Endurance], and [Magic].

And then I wrote my three skills’ names down onto the paper. I didn’t provide an explanation and told the others to do the same, they agreed with me.

Once we were all done writing everything down, a guard went line by line and took all our papers. And while we waited, a man wearing a robe similar to the people that marched away, came in and started telling us why we were here in detail. He had a scar down his right eye, his hair reached down to his neck and his beard was just as unkempt as his hair. He seemed to be in his 40s, but he had the atmosphere of a military vet. I know those eyes well, those eyes that have seen the depravity in this world. Nonetheless, I paid attention to his words.

“I won’t be calling you Heroes for the sake of convenience. If I were to say the name of this world, it’d be Diasco, the continent you all are currently on is the only continent in our world. The kingdom you’re in right now is, as our majesty said, Chenar. We’ve summoned you using the mages’ ritual called the [Hero Summoning], please keep in mind that we currently have no way of sending you back. And even if we were to discover such a method to do so, we’d need the approval of the gods to do so. Any questions?” He seemed extremely tired but he didn’t show disinterest in explaining to us.

A classmate then asked, “You said we have to save you all, what do we have to fight?”

“Good question. The beings you’ll have to fight are called demons, they’re beings who went against the holy authority of the gods and are mere beasts who need to be slain. They appear in dungeons which are spread across the continent.”

It was then that I had a tiny suspicion about something and so I asked him, “I’m sorry, but if they appear in dungeons, I assume they don’t come out of their home, in that case is there a need to invade them?”

It was then that the entire palace’s court turned towards me and stared open-mouthed in disbelief, even the man himself was dumbstruck, he turned his head and said, “A need? What do you mean? Aren’t they just demons?”

I smiled bitterly, knowing my suspicion had been confirmed. These people aren’t the ones being invaded, they’re the ones who’re invading their home. They're not only doing this because they’re demons, no, there must be an alternative motive. They must’ve summoned us knowing that we’re disposable, not having enough firepower to invade the demons’ homes.

Before they could catch onto my real intention behind the question, I smiled towards the man and replied, “Of course, all demons deserve only the cruelest death.”

“You said it right! Hahaha!” The king then laughed from behind. The man didn’t take his eyes off me and his expression remained the same. I wondered if he caught on already, but then he smiled.

Dai, Amy, and Isabella didn’t understand why I did what I did but they also smiled at them seeing me smile. They understood that it must be something important seeing as how I did it. I’m proud of them for that. But I was afraid of what else the kingdom would want us to do. What about after all the demons are eradicated, will they ask us to conquer another kingdom? How long will they do all this? However right now, we have to blend in and collect as much information as possible. And to do that, I must steel my heart for anything. 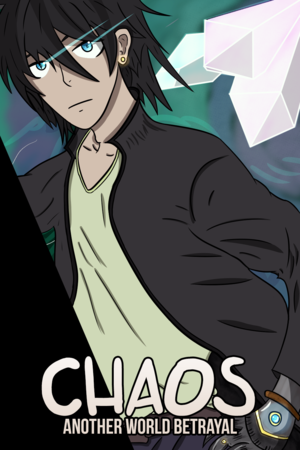