That morning, Karl Vakross wakes up with a dreadful feeling lingering in his heart. So, today is the day, he said. As he put on his tuxedo and comb his thick hair, he looks at his reflection in the mirror with a dread. Not an ounce of excitement can be felt running through his body, for today is the day that it all end. Say goodbye to his budding youth. Today, at barely seventeen years old – he’s going to be married and become someone’s husband.

“This ridiculous… To let an eighteen-year-old become a man against his will.” He murmurs to himself. He put down the comb and straighten his tuxedo. Thinking nothing amiss with his appearance, he takes a glance at his watch. Fifteen more minutes. That’s the amount of time left before his last chance at freedom disappears for good.

As Karl walked alone downstairs, he overheard his relatives talking amongst themselves. Most of them are in their early sixties and fifties. No immediate family members at sight as his mother passed away seven years ago due to cancer and until last year, Karl was raised by his father alone. Then, last month – all out of blue; the late Mr. Vakross unexpectantly died from a heart attack. Naturally, Karl paternal grandparents decided to step in and take him under their wings.

Alas, Karl is the last heir to the super-rich Vakross family. Several things are expected in order. For example, he is expected to inherit Vakross vast family fortune. But, that’s the least of his grandparents’ concern. No. What worries them the most is the heir the family. The next in line. Sure, they still have Karl - a strapping young man who seems healthy and dependable. But, what the fallback in case something should happen?

Hence, although it seems unlikely - the wedding must go on.

Albeit young and unexperienced, Karl’s grandparents have plans and high hope for their only grandson. They needed an heir and for that, a young bride had been chosen for Karl. A mysterious, but beautiful and innocent bride, as they are told – will be entering the Vakross family soon.

Not much is known about Karl Vakross sixteen-year-old bride, Alice Fredricka. Karl himself had only met her once, at the debutante ball. Except for a brief moment to exchange courtesy and dancing,  they haven't spoken to each other at all. It's rare opportunity for Alice to show herself like this, so everyone want to catch a glimpse of her. After meeting everyone, she then was quickly ushered to another room, never to come out or be seen for the rest of the night.

Her appearance that night was only to rattle some cage against the highest bidder who wanted to ask her hand in marriage.

But, why so? Why is Alice paraded across the room like she’s some piece of meat? To explain it would require some simple understanding. The answer somehow lies at the core of Ventaga society scene. The low-female birth rate. Despite of the notably rich and illustrious occupants, Ventaga suffers from the low-female birth rate for the past thirty-years. A lot of effort had been taken, that includes allowing the concept of open marriage and all the rest but alas - it just wasn’t meant to be.

So far all they got is an heir and no fair maiden. That's until Alice was born.

The day she was born, the whole Ventaga community chips in a million dollar per household to celebrate her birth. There's about 137 super rich families that lives in there. Meaning, 137 million dollar already waiting for Alice as soon as she arrived in this world. Everybody is so happy and couldn't wait to see her grow up.

However, tragedy soon fell on the Fredricka family. When Alice was ten, Mr. and Mrs. Fredericka were involved in a tragic plane crash. They both died and they body was never recovered. It was a devastating news for all that knew them, but that also left young Alice -- orphan and alone.

The Ventaga head community couldn’t allow to see young Alice to be taken away by her aunt, so they did what they could to protect her and their future 137 million dollar  ‘investment’. They decided to fake young Alice death, lying that she somewhat had perish in that tragic plane crash along with her parents and made a bold claim towards the rest of Fredericka family fortune. The iron-clad rule signed by the Fredericka’s before their death ruled out Alice’s aunt for receiving any inheritance nor going against it.

No one knows what happens to her after that. She just disappears, in a thin air.

Not in a ward of state or adopted, Alice remained in her family home for the next six years. A governess is hired to take care of her education and her well-being. All those time, nobody is allowed to see her. She is constantly under a surveillance of Ventaga head community. It may be a little cruel or unorthodox, but once she comes to an age, they all decides that Alice will be ‘engaged’ to the highest bidder on her debutante ball. This is to ensure that Alice would remain inside of the community even after her parents death. It’s a stiff competition for sure, but in the end - the Vakross wins the bid. Funny thing, they weren’t even planning to bid for Alice at first, if it wasn’t for Karl’s father sudden death.

However, despite winning the hand of the fair maiden desired by many, Karl Vakross wasn’t thrilled at all. To him, what his family had acquire at the debutante ball was nothing more than just a possession. Sure, Alice is a beautiful young lady with long brunette hair and fair skin, but other than her physical appearance alone; he doesn’t know much about her. He had no idea what kind of person she is or what her interest are. He wasn’t even sure if they’re going to get along well.

However, none of his grandparents seems to be interested with what Karl has to think. To them, when it comes to securing their wealth and family line; love is not as important. They know that because both are the same way when they get hitched. Young and naïve, but they did stick together for the sake of family and fortune.

“Today is the day, isn’t that right, my boy?” said his grandfather. The old man is smiling so much that two of his gold teeth is showing. Karl nodded his head and proceed to read his revised wedding vow while putting on his shoes. He been writing and re-writing his vows ever since last night, that he can almost remember all of them now. His grandma, however, have a stern look on her face.

“I don’t know how you can keep smiling like that. We are going to be late, Earl. As always.” She said coldly. Even on her only grandson wedding day, Karl grandma is as uptight and punctual as ever. Karl lowered his piece of paper and take a look at her. She slowly turned the attention from her husband to Karl. She seems to be waiting for his apology for keeping them late.

“I’m sorry, Nana. I was just searching for my vow earlier.” Karl said before lifting a piece of paper on his hand. His grandma left out a heavy sighs and help straighten his grandpa crooked bow. Karl continues to look at the paper while his grandma looks down at her pocket watch again.

“Three more minutes… Stop leaning in, Earl. Karl, stop reading that piece of paper. Nobody cares what you gonna say up there. They just wanna see you two get married and head straight to buffet. Come now you two, our guest is waiting…” she told them both. His grandma quickly put her arms around his grandpa and ushered him to door. Karl watches them walk away as he left out a small sigh. He silently enters the limo along with his grandparents.

As soon as Grandpa Earl reaches for his first martini of the day – his grandmother began to give the rundown about what’s about to happen at the ceremony and banquet. Since Grandpa Earl is hardly listening with a drink in his hand, Karl have to pretend like he cares. The truth is, he just couldn’t wait for this day to be over.

“Marianne, must you explain everything to the boy? Look at him… You going to give him a cold-feet.” His grandfather suddenly interjects. Grandma Marianne looks at Karl to confirm this. Karl gives her the friendliest and sweetest smile.

“Don’t worry, grandpa. I won’t forget anything.” He replied. Karl grandma look at her husband smugly.

“See? Our grandson knows his duty well. I wish you would do the same.”

“Hey, what did I do? Haven’t I already pay for the girl? And it’s a handsome amount money too. The wedding and cake. All of that unnecessary expense… Wasn’t that all enough?” he laments. Karl grandma rolled her eyes and doesn’t look too happy with her husband boasting about that. Not when their family linage is in line.

“Are you serious, Earl? Everyone wanted the girl! It’s only fair if you’re willing to pay a little bit more.” She retaliates while glaring at him. But, Grandpa Earl is no longer listening. To him, after paying for everything - his job is done. Now, what’s left to do is have some morning drink and arrives at church on time.

“Looks like we’re here.” Karl interrupted them. Grandma Marianne look outside from the window and smiles.

“Great. Now Earl, remember to straighten up your back. And Karl, please tucked that piece of paper away. The ceremony is starting out soon.”

“And remember, boy. Whatever you do. You must kiss the girl. Kiss her like you mean it. Remember that well, boy. And don’t embarrass me.” He reminded Karl. Karl nodded his head.

“Yes, grandpa. I won’t.” Karl said. The limousine door is suddenly opens from outside. Karl gave their driver a little nod before helping his grandma out of the limo. Then, she turned her back to help her own husband. As soon as the three of them are outside, they give each other a meaningful look. Karl’s grandma put her hand underneath his grandpa arms before uttering;

“Prepare yourself. It’s showtime, boys.” she said sternly. Karl left out another sigh before heading inside of the church with a heavy heart. 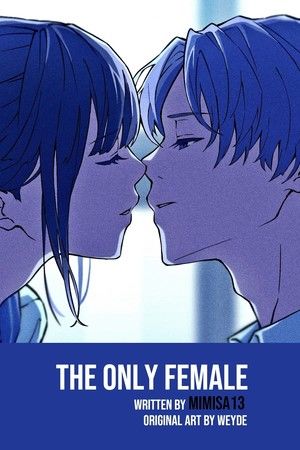