The next day incident was promulgated in the newspapers and was broadcasted worldwide, and when Kayano saw the news on the TV, she hastened to the hospital and found Karasuma, Irina-sensei, Nagisa, and Karma's parents, then they talked, and when Nagisa told her about Karma and Takebayashi, she fell into despair, then others also came back to check on Karma, some came at night, and some came at afternoon, they also went to Takebayashi's house, and his funeral was done with great honor, there were many higher officials including the prime minister of their country,

They also went to check on Karma and petitioned for his well-being. When Karma didn't wake up for 3-4 days, they got more concerned. They talked about their felicitous moments and asked him to wake up. One day when they were telling him about one of their adventures with Koro-sensei, then suddenly his pulse boosted up, and doctors immediately checked on him. After some time, he woke up, all of them celebrated, and his mom and Nagisa started crying tears of happiness. Nagisa called his friends and told them that Karma had woken up, and after some time, they all reached the hospital and also met Kayano there, then they talked to Karma and each other.

After some time, when Karma had recovered, they threw a party and enjoyed it to the fullest, and after a few weeks, all of them were bestowed on the independence day for their bravery, then all of them went to their house and started to live their happy normal lives. 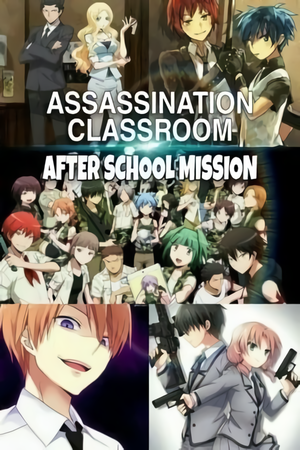