I wanted to throw up, punch somebody, scream, and cry.

Ever had that feeling like you were anticipating something, and you knew it was coming closer and closer that you wanted to cough and throw up simultaneously? It was the same feeling when we went to the Archives, but ten times worse.

It wasn't some regular day in the black market. The entire mission was to either do or die; we should succeed in stopping the project, or else Adam would kill many people.

I knew our forces wouldn't be enough, but we couldn't just turn a blind eye and let Paradise do whatever they wanted to. Like what I felt when I charged at the army of Protectors back in Chora, we would either regret not protecting humanity for the rest of our lives or die trying to save what remains of the planet.

In three days, we did what we could to prepare for the impending battle. We did our best to have enough rations for the travel, medical supplies, and weapons. The last thing we needed to do was to fight and survive.

Hopefully, I could accomplish that with the two new bracers on my arms.

The bracers were quite an upgrade compared to the first and the recent one I made. The materials used were lightweight yet durable, and I could say the technology we applied in the new ones didn’t even cross my pea-brain for a second.

Eli was a beast when it came to making weapons. He based it on a movie about a guy who made multiple armors and just added his take on it. Along with my input, we created the best version of the bracers.

With that, I needed to do my best and prove that what he thought of me was correct.

Van was beside me, and he seemed to be massaging his legs. Georgia sitting across from us must've noticed it, and she gave him medicine to alleviate the pain. They needed to be in their best condition since they were the strongest fighters in the group. Without them, I didn’t know who else could go against Adam and the Exalted.

On Georgia’s right side was Eli handing over Gustav to its new owner, Janus. If he chose him to be Gustav’s new owner, he probably was also suited to use it. If Eli thought so, then I should trust his judgment. Although, Leo was still number one on my list of people who could properly use the cannon.

There was one thing that bothered me since I saw Janus fight. He was a Jack of All Trades since he used long-ranged and melee weapons. However, it baffled me that he used the Protector spear and activated both of its modes without being a Protector himself. I once tried to grab one of those from a defeated Protector, but nothing happened.

I had to ask Janus for the sake of my sanity.

“That’s your explanation right there,” Janus said as he smiled and pointed at Van.

Yeah, I must’ve been tired from not having enough sleep in the past few days.

“It’s because you need these special gloves,” Van explained as he removed the white glove and inverted it, revealing a mechanism inside.

Having those conversations with them made me ease up a bit. I slowly calmed down, and the urge to throw up faded away, as I didn’t want to make a mess and further add to everyone’s problems.

It took two days until we arrived at Red Rock. I heard about it long ago, but it was the first time I saw it up close. It got its name because of its appearance; a reddish dead mountain on the side of the main road to Paradise, kind of like how you would picture mountains on Mars. At first, we planned to use it as a base, but we were astonished by what we saw upon arriving.

Multitudes of people lined up from Paradise’s gate up to the foot of the mountain. What was shocking about that was Red Rock was a few kilometers away from the gates. Or miles. I didn’t care about units of measurement anymore.

I heard Georgia whisper as we approached the end of the line. We stopped near the foot of the mountain and got out of the van. I couldn’t believe the sheer number of those who wanted to benefit from the free medical operation. Well, who wouldn’t want to?

Megan and Hannah rushed to a few people and tried to persuade them but got brushed off. The rest of us helped sway the people, but they yelled at us instead.

“Go and line up like the rest of us!”

“This is first come, first serve!”

It was no use to try and convince them.

As we squeezed into the crowd and got closer to the gates, Adam and the two Exalted we encountered at the Archives appeared on top of the walls. Using a megaphone, Adam called everyone’s attention.

“Welcome to Paradise! As you might already know, we will be giving out free medical treatments that can cure any illness! Not only that, but you will fail to recognize the person you once were, as our treatment gives your body a much-needed boost! Of course, who could forget about the free Arq Shard? We will open the gates in a few hours, so please wait patiently outside the walls!”

People began cheering as soon Adam finished talking. We were too late. He enticed them with the good things that the project could give. Little did they know, it would only cause harm than be a cure.

I knew Adam wasn’t that shallow of a person and just wanted to ruin people’s lives for the sake of money. I wanted to believe there was something more to his plan, and that was what I wanted to find out.

Despite the crowd, Adam’s eyes locked with mine as if he intently searched for me amidst the wave of people. With the same condescending look, he continued.

“Everyone, please avert your eyes to the terrorist group, Omen!” Adam exclaimed and pointed at us.

That man didn’t fail to make my blood boil. Not only me, as I could see Eli and Megan frowning at him. That was also the first time I saw the stoic Reese with a frightening glare.

“They’re here to stop us from providing you with free healthcare, and you know what’s worse? They’re here to take the Arq Shards for themselves! However, don’t worry because we assure you they can’t lay a finger on the shards. Who knows what they will do with them?”

The people mocked us even more and pushed us out of the lines. I stared at Adam and caught him looking back at me. With a complacent look, he smirked and turned to the two Exalted. As soon as they disappeared from the walls, the people began to riot and attack us.

She directed us to avoid the people as much as possible while looking for a way to enter the city to find Adam. Thankfully, they decided not to stray too far from their queue and leave us alone, although we could still hear a few harsh words from them.

“Omen is a group of deceiving thieves!”

Whatever we tried to say to them wouldn’t have an effect. Authority and power were still what controlled the people.

We went to the left-side walls away from the line, and as we climbed using our equipment, Paradise Protectors intercepted us. However, we had the valkyrie on our team. Georgia swiftly opened the path upwards by knocking down the Protectors at the top and dealt with the others aiming their spears at us.

As we entered the mighty city of Paradise, another line of more privileged people greeted us. It hasn't changed that much since the last time Van and I went here when we were younger. Sleek-designed buildings and cars, people who didn’t seem to have any problem with their lives, and a clean and comfortable environment.

It was a beautiful city, though governed by a bunch of scum.

The line wasn’t that long compared to the one outside, but many people were still waiting for their turn. My best guess was Paradise citizens would be the first to participate in Adam’s project.

“Georgia, let’s follow the line! It will lead us to where the operation will take place!” Van exclaimed.

Omen followed Van and Georgia’s lead and traced the start of the line. However, more Protectors intercepted and attacked us. Thankfully, Paradise citizens were more docile compared to the people outside as they just screamed and moved away from the fight.

I had to test out Van’s explanation with the Protector’s Spear. Unfortunately for that guy in front of me, I forcefully took his gloves and dagger after knocking him out.

And yes, I was dumb for not realizing it sooner.

I copied the hand gesture and used it against the Protectors themselves. From what I recalled, they switched between the spear and the dagger depending on the situation. It was indeed quite handy.

However, my moves weren’t the same as Van’s or Janus’s. They fought as if they linked to their weapon’s consciousness, as shown with all the spinning and mode shifting. They even used a different gesture to maintain the Spear Mode even though they didn’t have them in their hands. It was like poetry in motion.

A loud thud suddenly echoed as we fought and made our way through the horde of Protectors. The Exalted with the round shoulder pads landed and cracked the ground underneath. Above him was the winged one, hovering in the air with her two swords.

I took a deep breath, swallowed, and whispered.

“Alright, my bracers, show me what you can do.” 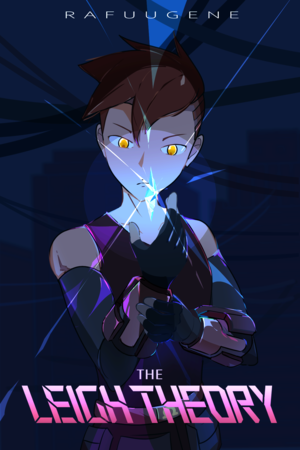