It was almost silent; a buzzing sound echoed across the room as the florescent lights sparkled above the girl's dark blue irises.

Sitting up, she rubbed her eyes before stretching for another day.

Wait, something was wrong.

The girl looked around her room, clearly confused, as an empty feeling filled the young girl's chest. Her eyes spun and her head ached; with a conflicted expression, the girl whispered a desperate question.

Not recognizing the place she found herself in, she looked around the room, searching for something that could rationalize this strange enigma.

The room was dim and the walls were white, the floor was checkered, black and white.

She noticed a make up drawer with a mirror across the room; staring at her reflection, her eyes slowly widened as a shrill cold chill tickled her spine; her hair was blonde and short, her face was frighteningly doll-like, the only mark on her body being the stitch across her face. She could feel her throbbing heart beat within her ribs. She did not know who that was.

With her mind littered with anxious thoughts, she looked around, trying to find a way to escape. Like a ticking bomb, she rushed to cover her face.

Blinding her eyes with a white blanket, she vented:

The bomb exploded, covering the blanket in a sea of emotional tears.

Finally, after crying, the weight of her emotions was lifted. Trying to understand what had happened, she thought about how she got there, where she could be, and what she would do next.

Her bowels then screamed in pain, like a weight growing larger and heavier in her stomach, the questions piled higher and higher. No, no it couldn't be...

She realized that a huge part of her memories were gone, the only one she could reminisce, was her name.

An announcement then echoed across the room, in a monotonous tone a man said:

As if her tormented heart's suffering did not suffice, the girl's door swung open, allowing a somber air into her room; a ghastly hallway greeted her and distant footsteps mocked her.

The footsteps came closer and closer, with a sense of dread staining the girl's neck with a stain, she persisted. A curiosity drowned the fear. Swallowing her dry saliva, curiosity killed the child.

Peaking from under her blanket, she saw an entity immerging from the shadows; with hair as dark as the menacing hallway, and eyes as red as blood, it then turned it's head to the girl, and for a brief moment, stared at her porcelain stature.

Her eyes were blinded by tears, and her heart pounded within her chest; in front of a predator, she was nothing but prey.

Her insides were turning. The weighty fears were enough. They had burst out in a scream, as eyes stabbed her soul from the dark.

Her stomach was as a rolling thunder, turning to and fro, as the contents almost erupted out of her mouth. She whimpered, her face to the floor.

Then, as the girl nearly fainted, the phantasmic being spoke.

Letting out a sigh of relief, he chuckled nervously before greeting the girl

Sitting up with the bottom half of her body covered in her motherly blanket, she replied

"Well then Alice, I'll see you at the theatre, wherever it's at."

Victan continued, waving a goodbye, before he walked off with a number of students walking on behind him.

Alice, believing this all to just be a dream, was calmed by a seemingly normal person like Victan; though still horrified by his and her own face, she was calm enough to try and wake herself up.

Her hand was raised and she was ready to strike.

A swift slap whipped her face red, throwing her head against the bed, before she quickly got up and struck her face once more. Again and again every hit making her more and more aggressive whilst her nose bled, she paused her final strike, before hesitantly bruising her face with another slap.

She laid on her pillow, tucked under her cozy blanket, as she stopped her sad desperate escape, laying there, her acidic tears reddened the skin around her eyes. It was pointless.

Her pathetic attempts to wake herself up all failed, Alice could do nothing more.

Filled with dread, she let out an aggravated sigh. "What do I do...!?"

Finally, Alice let go of all hope that this was all just a dream. She forced herself to stop thinking. She HAD to face reality.

Deciding it was best to follow the demands of who she presumed to be behind all of this, Alice warred against her survival instincts, lifting her legs out the door.

The soft carpet cushioned her trampling feet whilst the cold touch of her doorknob accompanied her wary steps. Crawling out of her hatched egg, she pushed through the barrier of hesitation that bound her there.

Outside her room, she witnessed a group of students marching to the school theatre. Freaked out by the doll-faced students' synchronized steps, Alice joined a death march of students.

A familiar buzzing sound enveloped Alice's ears, as light, which radiated from an indoor lantern, reflected off the crowd's dead eyes.

Finally reaching the light at the end of the tunnel, Alice and the group of monotone students made it out of the checkered passageway, out to a forked stairway.

The vermilion carpet extended to the bottom of the stairs, ending at the ground floor; the warming light illuminated the faces of the student body.

Stepping down to the first floor, Alice's eyes sparkled, she was enchanted by the titanic warming chandelier that twinkled above their heads.

Classical music waltzed around the checkered floor as they marched threw the entrance hall, into the monolithic theatre.

Dark-red theatre chairs filled the room as golden-lit lanterns decorated it. The presuming students sat on the theatre chairs, with Alice sitting next to a stranger. Suddenly the theatre doors slammed shut, then the lights vanished, filling the room with a heavy air. Almost instantaneously the room was pitch black.

A cold sweat covered Alice's face as she sat, waiting for the event to start, trying her hardest to fight against the thoughts that plagued her heart.

The light from the stage slowly enveloped the room as the crimson curtain lifted, calming Alice. Maybe now she could finally be at peace. Maybe she was safe.

An immediate warmth was felt on Alice's neck. Breathing sounds came from behind her. A voice suddenly spoke to Alice. 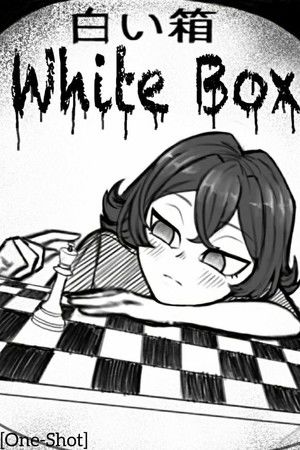