Magister Lightreave Grey, I have finished convening my chronicle receiving from Evan Sandstar and shall be leaving Tower Karlrock on the morrow. So far my journey east from Council purview has passed as requested, efficiently and quietly. I would point out a flock of striga has stubbornly followed me through the moors all almost to the source of The Kentash. Of course, if they knew my old blood would barely feed a hatchling, they might not have wasted the effort. Is there any request as to what to do with them should they pursue me beyond the hills?Bookmark here

Fellow Sandstar’s accounts appear to be in order, matching the purview’s Arbiter’s chronicling, and he also provided some compelling thoughts on expanding the use of apothecaries under his tutelage. I agree they are underused, not to mention undervalued where it comes to the value of their sphere of work. I must also issue a complaint about the new steed I have been provided for the journey east. Once out on the road it has transformed into a recalcitrant beast on which even my spells of charming have little effect. Perhaps you can send a missive ahead in request for a more suitable replacement, perhaps a horse of Midland breeding if at all possible.Bookmark here

The wind was ill, dusty; carrying with it the faint scent of rot, coupled with a whiff of smoke. I had ridden across the bleak and dry terrain on my disagreeable mount for close to three days and had seen little life or activity, to now find myself at King’s Ford on The River Trakse. Its dark waters flowed beneath my steed’s hooves at a weak ebb. Much of the ford was unexpectedly and exposed for even the hot season’s second quarter. I prodded my reluctant mount across, then encouraged it up the nearest rise to get a good look at the march’s full expanse. It snorted unhappily, but made it up the rise as directed by my heels. What I saw when I reached the top was not at all pleasing. The hillocks surrounding should have been covered in a sea of hot sun burnished and golden grasses. Instead they were a withered and patchy brown and grey, a further sign of both drought and pestilence.Bookmark here

I only encountered one man on the road to the margrave’s keep, a tall willowy and figure leading his ragged line of well burdened, but equally skin and bone donkeys, laden with what I suspected was the sum total of what his life had earned him. And he was leaving what life he must have had in the march as I was arriving. I stopped my weary steed and regarded this miserable man hobbling along the west running road cut into the rolling moors.Bookmark here

“What can you say of the land you are leaving,” I said to him.Bookmark here

He looked up at me, squinting through the dusty haze. His likely brown and straggly beard was well coated in a coating of grey dust as was his threadbare clothing.Bookmark here

“That you would be a fool to enter it,” he told me in his gravelly and knowing tone as he squinted up. “And old fool at that.”Bookmark here

I chuckled, rubbed some of the airborne dirt from my whitening beard and bade him well. He clearly cared not I wore the black cloak and robes of a wizard, and asked for nothing as he passed. As for my foolishness at entering this land, he may well have been quite accurate in his assessment.Bookmark here

A cry came from the sky behind me as the man passed. I looked up to see the round bodied striga wheeling around in the sky. With another collection of squawks they turned on their leathery wings back whence they came. I probably should have known well enough to change my route as well.Bookmark here

Despite the donkey driver’s wise words, I continued into the miasma.Bookmark here

Even though the hillock’s rise was not particularly notable, it still offered me an expansive view of the re-corrupted march from atop my reluctant horse, a gelding rather more ornery than most I’ve encountered in my experience. Still, any view is always better from atop a mount, if you didn’t have a tower handy, and they have rarely been less portable than a steed of the four or even two legged variety. I ceased my urging for a moment, thought of the portable towers I had made use of, with pleasant longing I must admit, as the beast slowly trotted its way down the rise. It had been some time since I’d set eyes on a functional and fully enchanted portable tower, longer since I had made use of one. Few constructs such as those from the Riven War still survived the last battles, and even fewer were seen these days, at least north of the Vaeranshi borderlands. But then, too much convenience has been held by Council as a failing that encouraged working against the Tenet’s of Balance. Costly indulgences, in this era of relative peace, are therefore, frowned upon. Even I knew better than to bother them about such things.Bookmark here

I made a note to visit the one still on exhibit at the Library of Procol at Evenside. It would bring back memories, I was sure. Whether they would tip to good or bad, however, I could not be certain. I could not remember who had enchanted that particular construct, or even in what use in battle it had seen. There had been so many battles.Bookmark here 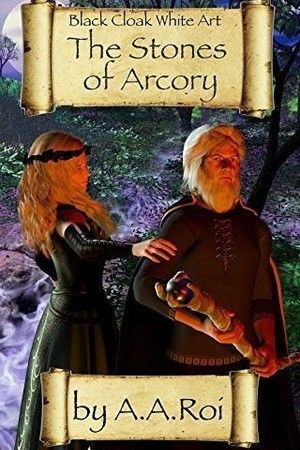