How does being alone feel?

Do I deserve this?

Is it bad to wish for something?

I hope I can just restart everything.

I was able to return to my home in Shizuoka after some past events. So here I am again; I never expected to be back here. Before I entered my sophomore year of junior high school, my family relocated. As a result, I also changed schools.

Shizuoka Higashi Tech High is where I'll be attending classes. I grew extremely apprehensive thinking that I might run across some old junior high school classmates now that I'm back here. I simply wish I only ran into a few of them.

"Asahi!" My mother called me out of the blue from downstairs.

As soon as I could, I made my way downstairs when I instantly recognized a familiar face.

"Aoki? " Since it has been a year since I have been here, I can't really remember what he looked like, but I stared at him as if I had seen a ghost.

"Why do you look at me as if you've seen a ghost?" as he responded jokingly to me "Yes, this is Aoki. I saw your mother tending to her garden and assumed you were also here; man, you've changed so much in two years."

He's not entirely wrong, though a lot has happened in just two years. When I looked at him, I noticed that his fashion sense had not changed. He always wears jogger pants and a black long t-shirt that matches his silver hair. Maybe that's why I recognized him as Aoki.

"Are you occupied, man? Let's go for a walk"

I never have anything planned for this time of day, so perhaps I'll go. "Okay, then, let's go. I'm leaving the house for a bit, mom."

"Okay" Mom replied back with a cold response.

As we walked, I noticed some changes here and there, and my favorite convenience store has grown significantly. I even felt nostalgic while walking through this neighborhood.

"Asahi," It's kind of refreshing here. I'm relieved to be back here.

"ASAHI!"  I didn't realize Aoki was calling me. After feeling nostalgic, I zone out for a few moments while admiring the view in this neighborhood.

"What? I'm sorry I didn't notice you were calling me."

"Man, you just got back, so it's okay to be nostalgic, but don't zone out too much. You almost fell in the canal."

"I appreciate your call, but it's been a while since I've been back here, and I've seen some new structures. I just can't help but be amazed that this place developed so fast in just 2 years."

We walked a few kilometers, and despite the fact that I hadn't been here in two years, I felt as if I didn't know the area. So, maybe the government is really good in this area.

After I moved out, he told me some stories as we were walking. He said that he had met a girl before completing his graduation, and it appears that they are currently dating.

"Want to eat? Old man Suzuki's store is still in operation. You know, he's still selling the best ramen in town, and I'm sure he misses you as well." He asked as if he were psychic, given that I hadn't eaten anything since yesterday.

I accepted what he was offering. "So, let's go there then. It's my treat today because you showed me around." He grinned and gladly took me up on my offer.

"Oh, Aoki, you're still as rude as ever, huh? Oh, who do we have here?" Grandpops looked at me with interest.

Grandpops seemed surprised to see me back.

"Haha, It's been a long time, kiddo. How are you doing these days? you've grown so well in just few years kiddo."

Well, I want to talk right now with Grandpops, but I'm really hungry.

"Well, I'm fine, grandpops. Well, before we talk, can I get the usual grandpops?" When they heard my stomach growl, grandpops and Aoki laughed.

While Grandpops prepares the ramen we discussed briefly, and I catch up on something I missed here while I was away. Grandpops then looks at me with a serious expression on his face.

"You seem to change a lot, Asahi." Grandpops stated it while giving me a serious-looking stare.

He seemed to see right through me. I answered his question nervously."It's still me grandpops, the asahi you're familiar with."

"No, you aren't. Even though I'm old, I'm not senile enough to forget how you used to look. It's fine if you don't want to talk about it, but talking about it can sometimes put your mind at ease."

I noticed that both Aoki and Grandpops were concerned when they looked at me. Talking about something in my head is difficult for me because I don't know what will happen, so I just replied to them.

"Well, it's nothing major; it was just something that occurred to me." Grandpops responded.

"Well, here you go, the usual"

Aoki laughed and responded as well " The old man, on the other hand, never disappoints. You should know that he's the best ramen chef in town."

We ate after getting our usual order; I'm amazed Grandpops still remembers my favorite. I guess I missed this place a lot. It's just that I don't know how to put it into words. So, maybe restarting my life here isn't such a bad idea; I just hope this trial goes my way.

Aoki stood up right after we finished eating.

"Is that spot still available, old man? I'd like to show it to Asahi."

"Yes, but be cautious. I haven't checked it in a while, so I'm not sure what's in that spot."

As they talked about that specific location, I became intrigued.

"Come with me, Asahi. I'll show you a good way to clear your mind after eating."

Aoki walks through a door Grandpops opens in the back of his restaurant. There was a lot of tall grass as we walked there, and then we arrived.

The large tree that I always see in front of Grandpops' restaurant is in front of me, and I can't believe how spacious the area beneath it is. I never realized I was smiling until I saw that.

Then Aoki said something unexpected.

"Well, seeing as the old man sees right through you, I've become concerned about what has happened to you over the last two years, but I just wanted to let you know that as your friend, I'm always ready to help you when you need it, so don't hesitate to call."

When I saw Aoki's solemn expression, I felt relieved because my friend was still present, even though I had moved out of this place unnoticed. I responded with a smile after hearing that.

"Hey, man, don't fall for me because I prefer girls and I have a girlfriend." Aoki jokingly stated those in order to lighten the mood.

I simply smiled in response to his joke. I never imagined this man becoming arrogant and confident. Well, that's the difference between us. He's confident and yet I'm just a coward who always overthinks things.

I responded. "Well, let's go back then. They might need me in the house"

We returned to the restaurant and greeted Grandpops there.

"Thank you, old man Suzuki, but we must leave."

Grandpops responded. "Have a nice time, both of you, and come back when you have time. By the way, Asahi, welcome back."

I thanked Grandpops with a smile and a nod.

Grandpops unexpectedly called us. "I almost forgot Take this before you leave. Eat it as soon as you get home, and don't worry, it's free of charge."

I waved back. And we exited the restaurant and returned to our neighborhood. Before we parted ways, Aoki said something.

He ran away, waving his hand. I thought Monday was the first day of class, so what does he mean by "see you on Monday?". I never gave it much thought and simply walked home. 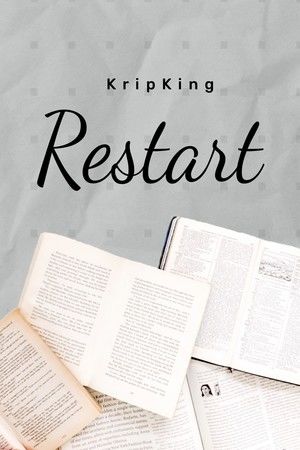