I recently just moved into a new flat for my semester of study abroad in London, and a couple of days ago, I tried using the washing machine in the flat. It was a bit different from the washing machine I had at home, and I didn't want to ask my flatmates for help with a basic life chore. I used liquid detergents back at home, but in the flat, I had to use a laundry pod. It's supposed to be easier right?

But why does the place in the washing machine where the laundry pod is supposed to go divided into three sections?

Which section am I supposed to put the laundry pods in?

Do I just chuck the laundry pod in there and hope for the best?

And what do all these settings on the washing machine do or mean?

Why does washing clothes have to be so complicated?

I felt like an old person out of touch with technology, so I winged it and just chucked everything in and hit start. It worked... kind of.

But that's how almost everything in my life goes. I don't really know what I'm doing, and everything I end up doing works... kind of, which isn't exactly a good thing... But I guess it could've been worse.

They also said that, apparently, the drying function on the washer didn't work, so we had to use the drying racks instead. I had hanged it out to dry for two days, but it was still somewhat damp.

Maybe I should've hung it out in direct sunlight instead...

Still, I wore somewhat moist clothes today because I had run out of clean and fresh clothes to wear, so I simply had to make do. Unfortunately, the clothes were washed, but... only kind of. They smelled a little funky. I tried looking up reasons why that might have been the case. Apparently, there's a chance mold started growing on it. Alternatively, the laundry pod just didn't clean away the body oils. My personal theory is just that I didn't wash it well enough, and instead of getting fresh laundry, I got stink-redistributed and somewhat washed laundry.

I don't know if my classmates thought I smelled bad today. It's one of those things where people are too polite to tell you, so you just kind of have to be paranoid and worried the whole day. I also smelled my own clothes to see how strong the stench was every now and then. Is that self-incriminating? Would people who didn't notice the smell suddenly begin noticing if they saw me smelling my own clothes?

Oh, well. I'm not heading out for the day anymore. I'll get these clothes washed again, and hopefully, they'll come out better this time.

Thanks for reading through this. I'll see you in the next chapter where I try to do something, and maybe it won't work out only kind of... Maybe it'll work out even less. 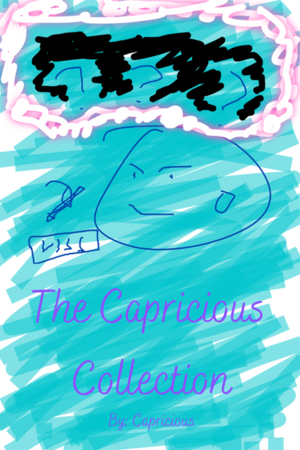