"My father always told me that we should just leave them alone, then they wouldn't do anything to us."

Discarded toys, things that no one pays attention to anymore, that was what she wanted to be all her life. Something they would ignore, she wanted them to forget and leave her and the others alone.

"One by one they disappeared, the giants found them and what happened to them afterwards was something my father never wanted to tell me."

The hole in the wall was the only thing she could remember. She had never been anywhere else and, as her father liked to say, nothing would change. It was best not to put herself in danger unnecessarily.

"Whenever my father was away, I dug through the box. I knew what was inside by heart. I couldn't remember how many hundred times I had jumped into the box, but what else could I do?"

Whenever her father came back with some food, she and her siblings were happy about it. But as time went by, their father got older and older and at some point his left leg broke off.

"From that day on, I wanted to take care of my father, but my sisters refused me this task. Every day my brothers disappeared outside to fetch food. Sometimes you could hear the loud roar of a monster and on those days there were always one or two brothers less who came back. They were free, my father said, and from then on he forbade us to talk to our brothers."

Her family shrank over time. It was like a curse, but she was lucky that she did not know what a curse was, because if she had known, she would have ended up like her father.

"Father got worse and worse, it took him longer and longer to react, and in a fit of rage he chopped off his right arm. We replaced it as we had done with the leg with a cotton bud, but we knew it wouldn't last long. One day my last brother left and never came back. That day we starved, it was hardly bearable. Some of my sisters couldn't stand it and started eating each other. I was lucky to be in the box that fateful night."

The next day the father woke up, but the sight of his daughters robbed him of his last bit of sanity. He left the hole hoping not to be noticed, but she saw him. She had not slept the last night, the fear of being attacked by her sisters was too great.

"Father never came back, that was the last time I saw him. I had left them alone and yet they took everything from me, my father, the liar, had betrayed me, no, us. He was free, I wanted to be free too, free from my sisters, I wanted to leave the box behind. I ate from the box, knowing that nothing in it was edible, but I wanted to keep myself sane, I couldn't eat my sisters, I didn't want to. But when they jumped on me, I painfully realised that i was alone in this opinion." 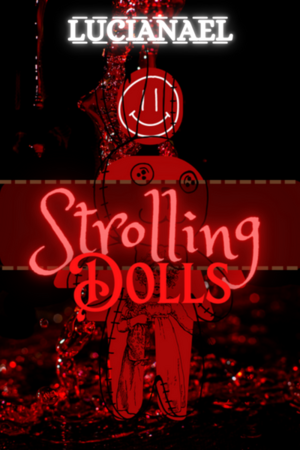