The days weren't always so good for Cara Kole. She had a dark but pretty complexion, red dyed hair of shoulder length, beautiful features, and a tall height. She was the daughter of one of the richest there were to be. She had a father and a brother. Both didn't like her at all

Her father wanted two sons. But after the first one, Cara was born. Her mother died shortly after that. She didn't had any intentions of living after her mother died because no one loved her except for her cousin Melissa. She was a kind hearted girl with chocolate colored skin, black hair, light brown eyes and a beautiful smile. She was a big help in her life.

Her mother died when she was only five. So she didn't even have any memories of her. Mel was just three years older than her. The father and son treated Mel no better than a maid. In fact, she was their maid. And Cara was treated just a little better.

Now, Cara's family had to have a secret profile so that nobody could know they were former mafia. This profile was that they were a very rich family in the stocks market. Their company was also one of the richest other than the Sky tribe company. Cara's father was super jealous of them. Even though they were one of the richest, jealousy was always there.

At a party, Cara was standing alone with no one with her.

The party was held in the  celebration of the collaboration of the two companies. The chairman of Cara's family's company was none other than her father, the CEO was her brother Shane, a guy who was hot with his brown skin and black eyes, just like Cara's, but not kind at all and then Cara herself the secretary.

The crowd cheered for them like they were gods.

The CEO of Sleepish walked towards Cara. Everybody knew him, the handsome but dirty minded Jason Pratt. He had a fair complexion with cute quokka like cheeks along with green eyes and one of the finest lips in the world. He had dyed his hair in a silvery purple color.

Just then, the host invited Jason and Cara on stage together.

"This is my daughter as you all know, Cara Kole. And this is-," her father said. "Jason Pratt. Soon to be Cara's husband," he said.

The crowd cheered again because Jason was on stage. Cara wanted to get out of there so badly.

After ten minutes on stage, she got down and ran away outside. Her brother, Shane followed her.

And with that, she went home, driving angrily.

She opened the door of the house harshly. Mel being inside.

She ran into her room and locked it. She overturned everything on her dressing table. She was so angry that she tore her pillow sheets apart.

But she later unlocked the door because Mel had continuously banged for her to open it.

"Go and wake her up, Mel," their father told Mel, at morning of the following Thursday.

Mel entered Cara's room that had loads of shattered objects. She woke her up. She was mad at herself for making that much of a mess which Mel had to clean up.

Mel cleaned her room while Cara was in the shower.

At breakfast, there was always this stench of hatred. Cara entered in her pyjamas.

It wasn't a good morning on any day.

She started to spread some jam over a bread. Before she could put it in her mouth her dad said: "Why aren't you ready?,"."What? Why do I have to get ready?," she asked. "Did you forget about the exchange thing happening between our company and Sky tribe?", her father asked. "Oh, that?.......... I forgot about it," she answered.

He gave her a death glare and told her to change her clothes. 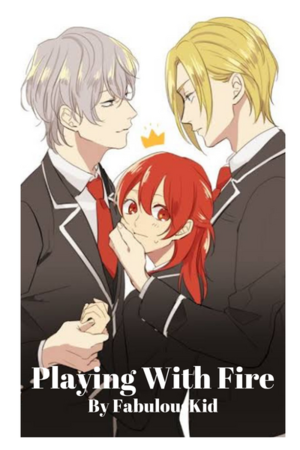