I often think about the time that exists between when our days end and when they start. That period of time when one should be sleeping but often find ourselves unable to.

Sleepless nights are an interesting occurrence, a period of time where nothing really happens but semi-lucid thoughts and a feeling that can’t quite be captured by any other time of day.

I must confess something- I wish they would last forever.

You see in that state where no matter how tired you are, you can’t get to sleep because you’re thinking about trying to sleep; there exists a serene perfection. The day is over and a new one has yet to begin- it isn’t like midnight where arbitrarily a day ends but it still feels as though it’s the same day.

There are no tasks to accomplish and yet, it can also be the most stressful part of any day.

Yet, if those sleepless nights were to last forever and if after night fell, dawn would never break. That Achille’s heel wouldn't exist.

That period of limbo would be the norm, nothing to accomplish or worry about, just semi-lucid thoughts and a feeling that can’t quite be captured by any other time of day.

To some, such a wish might seem fatalistic, if time never passed then nothing would ever change. Change is the centrepiece of the human condition, or that’s the belief I hold and without it, where would we be?

But if nothing ever changed, the hours never ticked by, that hint of chronophobia that anyone can feel subsided, there was no pressure- I think I’d be happier

At least for a little while.

If that period of time was forever, semi lucid thoughts like this could be pondered eternally and that indescribable feeling became the norm, I think I’d be more creative or at least get more work done.

If there was never a deadline, if day never arrived, if I never closed my eyes- I think I’d be happier.

At least for a little while. 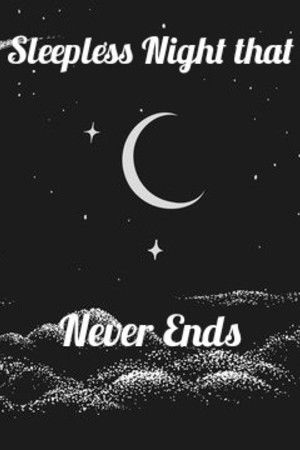