The Fall of Armada

Despite my greatest fears, reality had chosen to surpass them, achieving something far, far worse.

Hurtling through the depths of hyperspace, a vast swarm of starships splinter past millions of stars and planets. Each and every one in military colours, the deep black showing clearly against the kaleidoscope of colours that roar past with every light year. Midst the chaotic stream fly numerous ships of varying sizes and scales fly straight in rigid formation.

Leading the host is a vessel who threatens to vanquish all that it beholds. The sheer immensity of the vessel, the battleship among battleships, the grand battleship, Visentaz. The monster of the Visclian Federation, powers forth, its sixteen indium drives expelling continuous streams of antimatter, its purple hue whilst the same as those of the craft that it parallels, outshines every other. The metal hulk was equipped with uncountable batteries of weapons but most prominent are the twenty triple gun turrets that line the vessel from bow to stern, their railguns, retracted, are dormant awaiting an opportunity to launch their deadly payload, to tear past all defences, be it ionised shields or hardened titanium alloy. These are not all that the best of the Federation has to offer, accompanying the main armament is a vast array of secondaries, a veritable assortment of missiles, lasers, flak cannons, ion cannons and innumerable others.

Upon the grand battleship’s bridge looms a gaunt man of later years, the ship’s captain and the Admiral of the Visclian Armada, Lord Jundter Visentaz the Younger. The grand nephew of the ship’s namesake, who was a brilliant military strategist who’d lead the Armada against the Falica Empire, crushing them and wresting many systems from the Empire’s grasp. The Younger was his uncle’s equal in achievement, having risen to his position rapidly over the course of the Grand War of Wilest, wiping the warmongering peoples of the Eritian Sector and sending the Red Coalition of Telvior into hiding after wiping out their navy. He’d sparred with the best of them, even the Enclave, the horrid threat to all that lived and breathed.

The bridge is dark, with only the data terminals still on, so as to reduce interference with the indium drivers. A tremor begins to reverberate through the craft, something typical of hyperspace travel, but it begins to grow and ascends into terrifying heaving and crashing, as realspace comes smashing into stark focus.

An interdiction. The Visentaz blinks back into realspace, missing its escort. The shock of being torn from hyperspace so suddenly causes the hull of the Visentaz to creak and shudder under the sudden release of pressure from the immense structure. Alarms shriek into the bridge, a cacophony of red and white, the crew are stunned for a second before years and years of ingrained training comes to the fore and the bridge resounds with a veritable torrent of information.

“We’ve been interdicted! Man your posts! All hands on deck!”
“Diverting power to shields and hardpoints! Ready at your command, sir!”
“Multiple contacts! Three battleships to port, roughly three thousand clicks off, escort of 12 screens, 7 destroyers, 5 cruisers. The enemy is within strike range!”
“Tracing source of interdiction!”
“All hardpoints ready in ten minutes, communition missiles are armed!”

The bridge is awash with the sounds of frantic typing and the beeping of multiple data sources coming in, but a voice rings clear over the noise.

The admiral’s grim face remains stoic in the face of the enemy, he’s dealt with far worse.

The command now given, not two seconds later, the familiar streaks of indigo flare from the grand battleship as a brutal salvo of 40 Heilvain communition missiles are ejected from their tubes. In an instant, they adjust themselves in space before flashing into hyperspace.

Then the celebration of the Federation’s power begins. At once a light show of death begins, the hues of red and crimson of exploding vessels, mixing with the blue and purple of shattering ion shields. The unstoppable might of the Federation given form. A weapon that laughed at all that stood before it, indium driven missiles that slipped into hyperspace reappearing midst a vessel, past any standard defence, to unleash its communition charge, unleashing the same power that sent it flying into the ship, in all directions, resulting the targeted ship shaking itself apart.

Almost as soon as the battle had begun, all of the enemy’s cruisers had been obliterated, now little more than scrap cast into the void. The other vessels, however, fared better, most of the destroyers had managed to escape the same fate, having manoeuvred out of the way in the short pause whilst the missiles slipped into hyperspace. The battleships, while having taken some damage were far too large for the communition missiles to have taken out. Only one of them appeared to have suffered any significant damage, from the fires that had started near one of its turrets.

His face lit from the flashes, the admiral said without taking his eyes off the enemy.

“Any response from the rest of the fleet?”

The admiral, resting his hands upon the command console, deep in thought before coming to a decision.

“Fire port engines, 2 minutes, ready drivers for jump. We must leave at once, the enemy wouldn’t attack us with only three battleships. There has to be a larger-”

His commands are interrupted by a dull rumble that resonates from the port as the enemy battleships returned fire with their weapons, the inferior rounds easily blunted by the Visentaz’s ion shields, dissipating their kinetic energies with ease

His hands grip the sides of his display, knuckles white, when something hits him.
“Cancel that command, ready drivers NOW! We must return to the fleet at once. There is not a second to waste!”

There could only be one possible reason for the enemy to interdict the Visentaz with such a comparatively small force, the great battleship was never the real target in the first place!

The rest of the armada was in danger, and if the Visentaz was not there in time, the possibility of the entire force being taken out before the Visentaz met with it wasn’t unlikely. If the Armada fell, the fate of the Federation would be thrown into jeopardy, they might not ever recover from it, with all the enemies that surround the burgeoning nation.

Jundter grits his teeth, remembering the orders that had put him in this position in the first place. When he returned to the capital, the Council would pay. 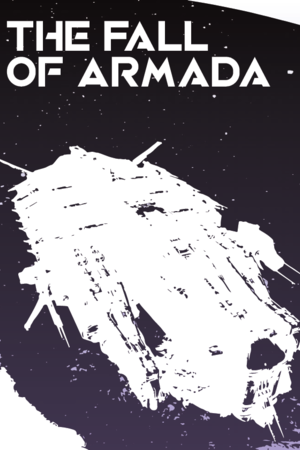 The Fall of Armada