Vibrant sunshine cloaked the bustling city of Vervantia as daybreak finally came. Hues of mahogany and blue dominated this Victorian-style city. Multi-layered and elaborately built buildings were stretched as far as the eye could see. It resembled a modern European city albeit with a few fantastic oddities.

The townsfolk's excited murmurs could be heard as they chatted away about the events that would unfold this day. It was prophesied today would be the day of soul convergence; the day in which a select few are chosen to become the vessel of a deity.

Dyce Averruncus rode his azure bike through town hurriedly, his messy black hair fighting against the wind because of it. As usual, he overslept and was running late for school. The school in question was VeraVia academy.

It billed itself to be a prestigious academy specifically designed to groom talented youths into the legends of tomorrow. It wasn't a statement without basis seeing as how several graduates have revolutionized the world in some way.

Because of the high standards such a reputation required, the school was demanding of its students much to Dyce's dismay. His red eyes remained fixed on the school as he parked his bike outside.

Despite his hurry earlier, he took his sweet time walking up the stairs to his class. He was already at his destination so there was no point in wasting further energy. He knew how his friends were peeved by his perpetual lateness, but they had likely grown accustomed to it by this point.

He took the time he had to contemplate. Dyce hoped whatever deity he would receive would practical in some way. For example, if he had Fortuna the goddess of good luck his dream of becoming a professional hedonist would probably come into fruition. That's right. A hedonist. He didn't have any overly ambitious dreams of becoming " the world's ultimate hero" or "a legendary magus" like many of his schoolmates did.

He was perfectly content with the momentary pleasure found in daily life. Perhaps it was his posh upbringing that brought about such a lethargic mindset or maybe it was simply his nature. Either way, he was determined to live to rest of his life without conflict.

( I know I shouldn't get my hopes up but I really do hope I get a god of Fortune. It'd be perfect. Everything in life would just go my way and I wouldn't have to worry about a damn thing. ) He thought to himself.

He walked down the blue marble hallway to a group of teens standing outside his homeroom class. A girl with teal pigtails and ebony skin glared at him with a pouty expression.

" How many times do I have to tell you not to keep us waiting? Some of us actually like to start our mornings before noon. I wanted to be fashionably late but we're probably dead last !" She mouthed off to him off but in the light-hearted way friends do. She was Gazelle Fares; the academic tomboy who hailed from the thriving Indian city of Sunahara.

The well-built redhead next to her chuckled. " Aren't you a little too young to be acting like his mom? Or maybe you missed staring at his-ow! " Gazelle jabbed him in the ribcage and sweep kicked him before he could finish. If it didn't involve fighting or eating, one could rely on Sukochi Sakamoto to be the resident dumbass.

A girl who had had her chocolate brown hair kept in two large braids in the back smiled and twiddled her fingers. "I honestly think you two were made for each other. I'm just glad everyone is finally here. I'm so excited to see which deity I'll get. " Evelyn Havard was definitely the kindest and most naive one of the group. It was hard to tell she was an elf since her hair usually covered her ears.

" I feel the same way. Let's head to the auditorium and see what the gods have planned for us". said Dyce.

Soul convergence, the process in which a vessel is chosen by a deity is a random affair with no real way of knowing when it will happen. That's unless there's an oracle present who has knowledge of such things. Oracles have immense spiritual powers and a deep connection with the gods. They receive special information on the nature of gods and of the vessels through divination.

Dyce's group quickly arrived at the auditorium and marched through a dense crowd of students. In the center were four oracles who filed the students into groups to start the process. The chosen students were enveloped in a spiritual aura crafted by the oracles, putting them in a deep trance. If everything was successful then the vessel would be inside a mental world and their deity would appear before them.

" This crap is gonna take all day isn't it ?" asked Sukochi.

" I'd imagine. Important tasks are always the most tedious to get through." Dyce replied/

Time ticked by at an agonizingly slow pace until it was finally time for Dyce and his friends to be chosen. A cool ethereal aura had washed over them, sending them to a dream-like stupor. Their senses were erased and everything went to black.

The first chapter of this glorious story has finally been revised! I added a bit more exposition and I'm not sure that it came out too naturally. I have big things planned for this franchise so please look forward to Future developments. If you're a big fan of mythology you might notice a couple of cool deities. It's fun having Dyce's goal established in the first chapter. 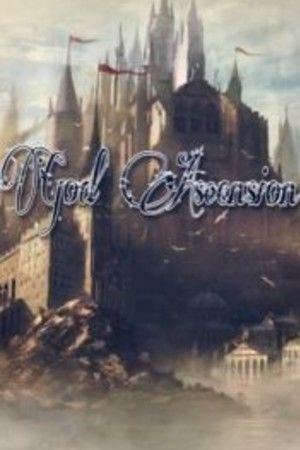